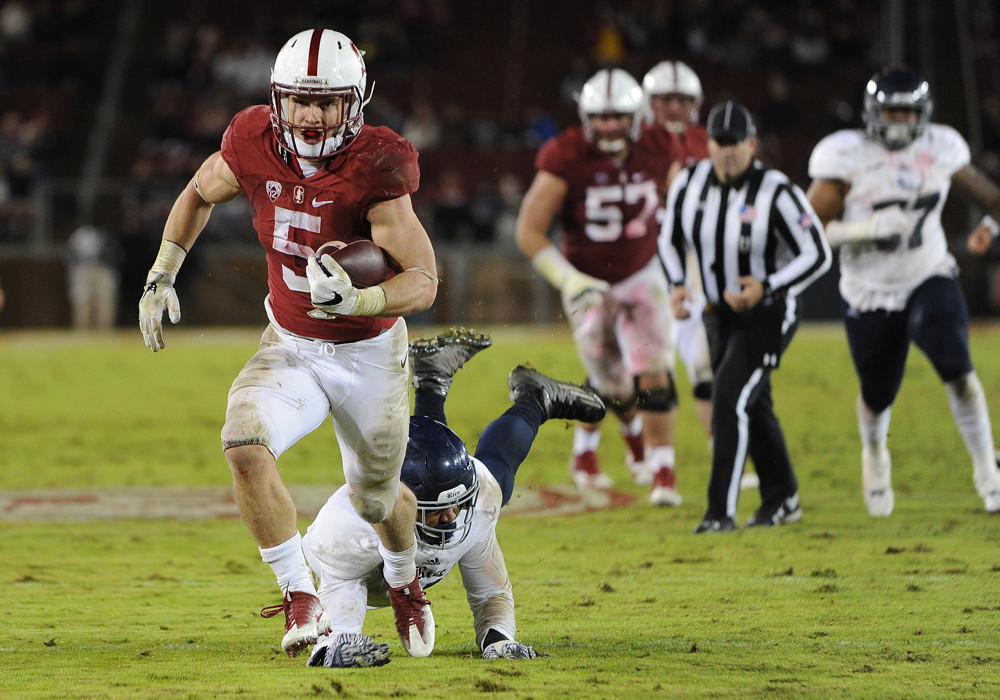 When they selected Christian McCaffrey eighth overall, the Panthers filled three needs with one pick. The versatile Stanford product is the modern-day NFL’s version of a Swiss army knife. While he can potentially help the team as both a slot receiver and punt returner, McCaffrey’s greatest contribution could come on the ground.

The Panthers’ rushing attack last season started and ended with two players: Cam Newton and Jonathan Stewart. These two accounted for 68 percent of the team’s carries and 65 percent of their total rushing yards. Stewart rushed for over 20 attempts four times last season.

Despite this high volume, Stewart’s production has begun to decline. He managed a meager 3.8 yards per carry last season. He also gained just 138.4 standard fantasy points, which positioned him as only the 23rd-ranked running back. Even more concerning, the 30-year-old rusher has missed time in five straight seasons.

When Stewart was out, Cameron Artis-Payne had moments of dominance last season. He carried the ball 18 times for 85 yards and two touchdowns in Week 5 against Tampa Bay. However, most of his production came in just this one week, leaving little expectation that this is a trend that will continue.

The addition of McCaffrey helps take some of the pressure off Newton and Stewart. His 4.48 speed makes him an ideal change-of-pace complement to Stewart right away. He can also develop into a reliable check-down option for Newton. McCaffrey led all running backs in this year’s draft class in targets and routes run per game. This makes him valuable in PPR leagues immediately, taking the role that was formerly occupied by Fozzy Whittaker. There may be an even larger opportunity in the near future.

All off-season, coach Ron Rivera stressed that his offense needed to “evolve.” While this sounded vague at the time, it may hold the key to analyzing the team’s rushing philosophy moving forward. McCaffrey and the team’s second round pick, Curtis Samuel, are both dual-threat players who can line up at either running back or wide receiver. Samuel is the only player in Ohio State history to finish with over 1,000 rushing and receiving yards. Even though he will see the majority of his snaps at wide receiver, the team recently announced he would be featured in the backfield on occasion as well.

While it is unlikely that Samuel will push the veteran Stewart for playing time, this could signal a change from the one-back, traditional workhorse scheme that has been used by the Panthers in the past. If this really is a fundamental change in approach, expect McCaffrey to have tremendous upside this year.