Where does Mike Williams fit in the LA Chargers wide receiver depth chart? 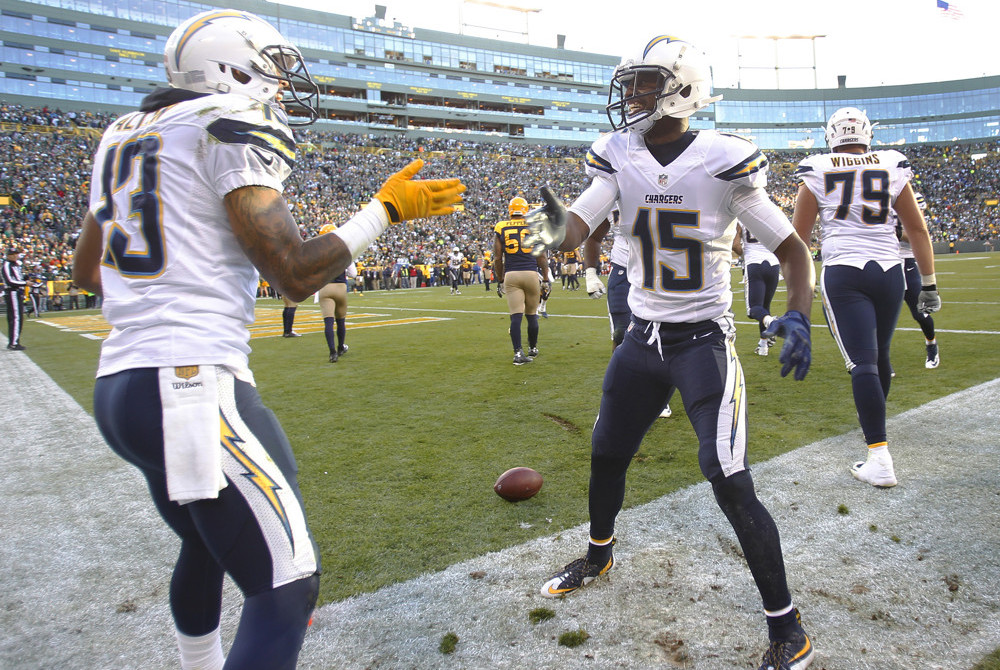 Philip Rivers has proven he can still produce—no matter who the target is. The 35-year-old gunslinger finished the 2016 season fifth in yards (4,386) and fourth in passing touchdowns (33). He also ranked as the 14th fantasy quarterback in standard scoring leagues. Rivers accomplished all this with one of the league’s most depleted, injury-prone and inconsistent receiving unit.

Star wideout Keenan Allen hasn’t been able to stay healthy since his breakout 2013 campaign, facing season-ending injuries in three consecutive seasons. A broken collarbone, kidney injury and an ACL tear in last season’s opener have prevented Allen from playing more than seven games since Week 15 of 2014. After joining the team in the off-season, Travis Benjamin was penciled in as the no. 2 option. Yet, knee injuries led to a disappointing debut season. In their absence, Tyrell Williams amassed 120 targets and emerged as a top-15 receiver in standard scoring. But, even he missed time as well. Dontrelle Inman also benefited from increased opportunity, doubling his total yards from the previous year and finishing as a top-50 fantasy play. Despite Rivers strong performance, all of these wide receivers have questions going forward about durability, production or both.

The seventh overall pick brings enough talent to enter the rotation immediately. Most importantly, he is an ideal compliment to Rivers’ style. The 6-foot-4 target has a wide catch radius and isn’t scared to battle for contested passes. At Clemson, Mike Williams competed in multiple championship games and showed an ability to rise to the challenge in the biggest moments. It is this experience that caught the eye of the Chargers’ coaching staff.

Before choosing Mike Williams, this was already a crowded receiving corps. While it was surprising that the team decided to invest such a high pick at this position, Mike Williams will likely enter the upcoming season as the no. 3 wide receiver, at worst, with much greater upside. If Allen is healthy, he will remain entrenched for now as the team’s go-to threat. Mike Williams’ selection most directly impacts the other two wideouts: Tyrell Williams and Benjamin. Benjamin, just one year removed from his big free agent contract, is expected to continue to slide down the depth chart. His involvement already dipped last year anyway and adding another capable body will only make him more irrelevant for fantasy owners. Barring injuries, don’t expect Tyrell Williams to get nearly the workload he saw last season.

However, the entire unit faces a far greater threat. First-year coach Anthony Lynn has made it clear he intends to run the ball more consistently next season. This philosophy could limit the value of all Chargers wide receivers heading into the 2017 season.