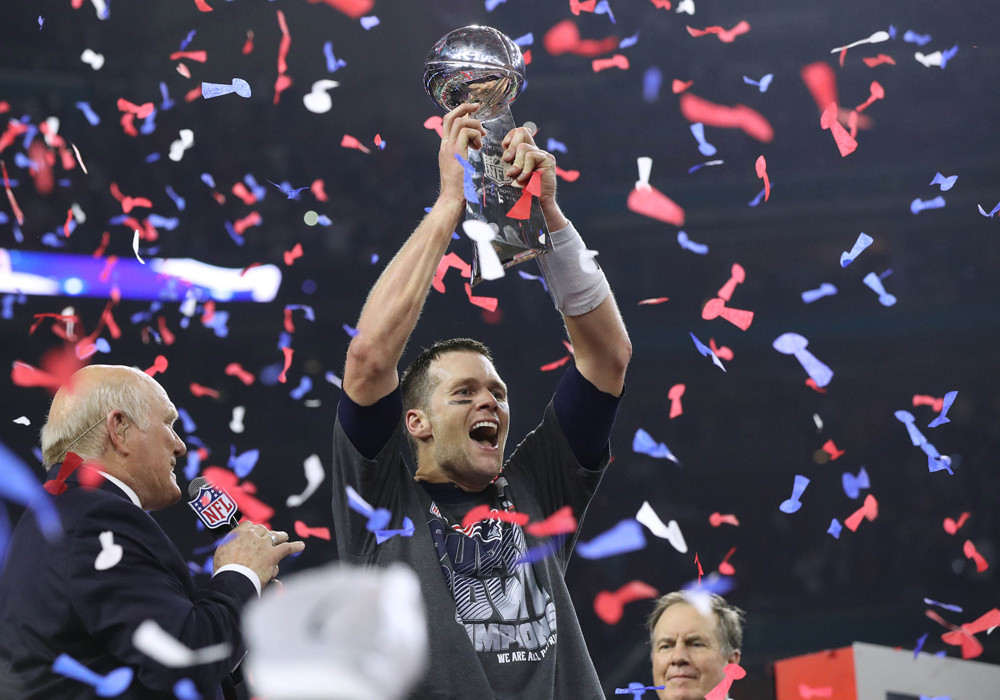 The American Gaming Association estimates almost $5 billion will be bet on Super Bowl LII. You can bet on the winner, the MVP, the coin toss, the length of the national anthem, the Gatorade bath color, and just about everything else. If you're looking to get in on the fun, here are eight Super Bowl LII props to target! All odds are from Bovada.

Number of first quarter touchdowns under 0.5, +275

Ready for a crazy stat? Tom Brady has played in seven Super Bowls, and New England has yet to score a single point in the first quarter. And they've only allowed one touchdown in all those first quarters. Time and again, Belichick has his defense ready and lets the offense grow into the game slowly.

The opening kickoff will not result in a touchback, +155

The Patriots always choose to kick if they win the toss, and the Eagles probably want to get Foles some confidence right away, so expect New England to kick off. The Patriots had the third lowest touchback percentage in the NFL this season, only 41%, often preferring to kick it short and play coverage.

Team USA averaged 31 medals the past four Winter Olympics. This year Russia won't be competing, and a few events have been added. Another 30-35 medals appears likely. In the past fourteen Super Bowls, only half of the winning teams scored 30 points, and only once has the winner passed 34.

Amendola has been a hero for New England this postseason with 18 catches, 196 yards, and two TDs. He was great in both Super Bowls he played too, with a combined 13/126/2. That's an average of almost seven catches a game and over 60 yards. He should get plenty of opportunities.

James White will score a touchdown, +175

Everyone remembers Tom Brady's epic comeback in last year's Super Bowl, but do you remember James White having a SB-record 14 catches and three TDs, including the game winner? White has now scored seven touchdowns in five games over the past two playoff runs. He seems to be a guy Belichick turns to when everything's on the line.

An average NHL game this season sees 5.8 goals, so three games means around 17 goals. The Eagles scored 20+ points in 15 of 18 games this season. All three of those misses were with Nick Foles, but the Eagles averaged 21.2 points a game with Foles, and one of those was a meaningless Week 17 matchup.

Oklahoma City plays the Lakers. Westbrook averages 25 points, 10 boards, and 13 assists in five games against the Lakers since Kevin Durant left, and you can bet he'll want to put on a show on national television. We might need a 50- or 60-yard TD to pass his totals, and both Philadelphia and New England have been great at limiting big plays all year. They won't get beat deep.

Quarterbacks have been MVP in 13 of the past 19 Super Bowls, with three defenders and three receivers in the mix, and no running back since Terrell Davis. Brady was MVP in four of his five Super Bowl wins. If New England wins, it's really hard to see any other Patriots MVP. New England is -175 money line to win. If you think the Pats win, take Tom for MVP instead.