Five 2018 Quarterback Sleepers Worth Waiting For 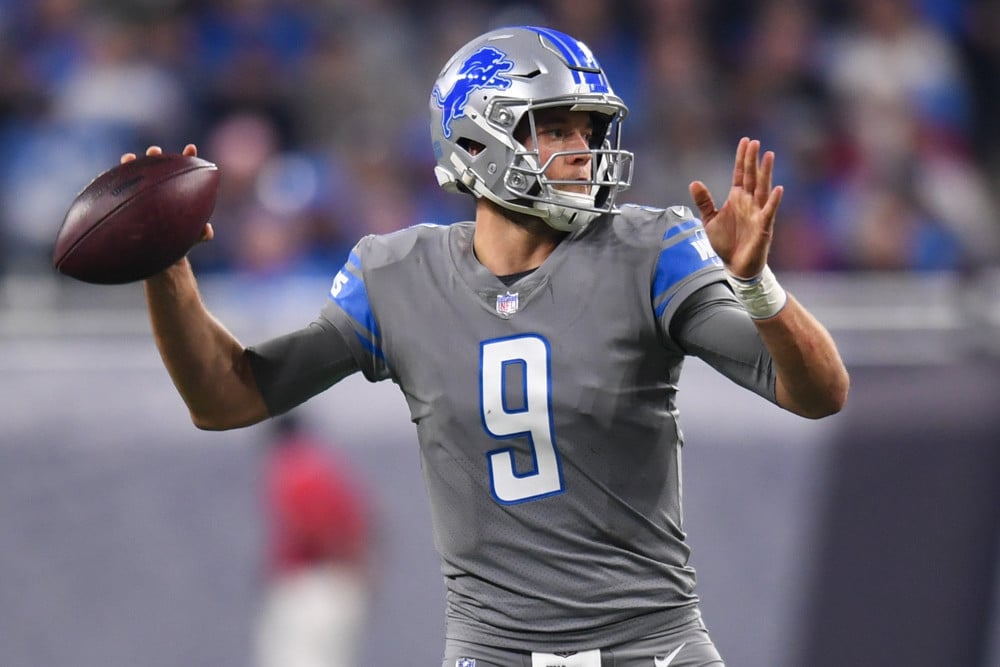 Every year you try to talk yourself into waiting at quarterback, and every year you panic and pick one early. It's true, right? It may be truer than ever this year. Of the first ten quarterbacks going in fantasy drafts, only two or three are worth their lofty price. You should wait instead and pick one of these five 2018 quarterback sleepers!

Newton has played seven seasons in the NFL. He's played a healthy 16 games five times, and he finished as a top five quarterback in all five of them. Newton's running makes him a slight risk, but it actually makes him one of the safest bets as a star fantasy QB too. Newton averages over 600 rushing yards and 7 touchdowns a season for his career. That's over 100 points just running the ball, the equivalent of something like 2000 passing yards or 25 passing TDs in most scoring systems, and it gives Newton a very high floor. It also makes it ludicrous that he's being drafted right between Kirk Cousins and Jimmy Garoppolo, two players that have all that ground to make up passing.

You'll want Luck on your side if you make this pick, the ultimate boom or bust fantasy quarterback. Andrew Luck's value will rise if he looks healthy in the fall, but he's a gamble right now. Still, Luck has finished among the top eight quarterbacks in points or PPG every season he's played. He has averaged 2.4 touchdowns per game his last three seasons, which projects to 38 TDs over a full season and make him a top five QB if healthy. The depth at fantasy quarterback means you can gamble on Luck's upside here and find a safe, capable backup later.

There's nothing sexy about drafting Stafford, which is why he continues to slip under the radar every year. At the end of the ninth round, Stafford is being drafted as QB15, and that just doesn't make sense. He's been a top ten fantasy quarterback three straight years, coinciding with his three years under offensive coordinator Jim Bob Cooter and a significant boost in his completion and touchdown percentages. Stafford has finished as a top twelve QB in all but one healthy season for his career. He's one of the cheapest, safest picks in fantasy football.

Winston was a top ten fantasy quarterback in 2016 before suffering through an injury-plagued campaign last year in which he missed three games and played hurt much of the season. Still, Winston took a big step forward as a player in many areas, and he actually remained among the top 10 fantasy QBs in PPG even with the injuries and difficult season. Now the 20th QB off the board, he presents tremendous upside.

Smith was a top five fantasy quarterback in 2017, but he's practically free this year. Smith changed teams, but it's not like his new one is a slouch. Old Washington quarterback Kirk Cousins finished as a top ten fantasy QB each of the last three years, and there's no real reason to believe Smith should be any worse than Cousins. Add in some new Washington weapons and Smith looks like a cheap high-floor option backup with starter upside.