Five Defenses That Can Save the Day in Week 14 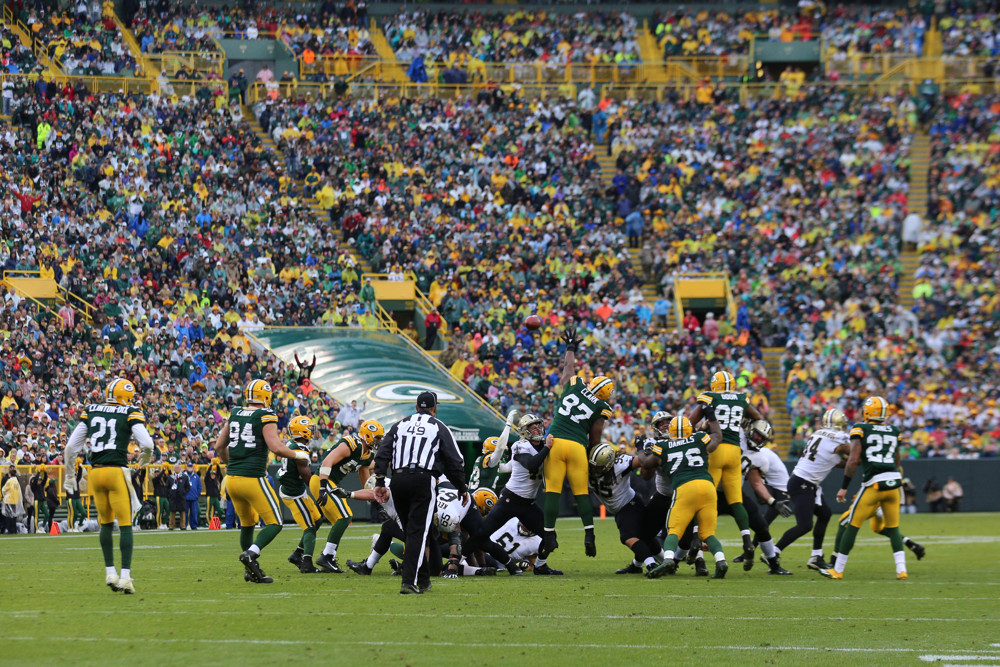 Somehow the Chargers have fought all the way back to 6-6 and are tied for the division lead, and they'll try to keep it going against a Washington team they match up very favorably with. The Redskins have allowed 35 sacks, sixth most in the league, and the Chargers have 35 sacks of their own behind one of the most fearsome pass rushing duos in the NFL, Joey Bosa and Melvin Ingram. Washington has also been turnover prone with 20 turnovers, fifth most in the league, and L.A. has been good at forcing turnovers with 21 forced, fourth most. This is a matchup nightmare for Washington and a dream come true for a defense that already ranks among the top five in fantasy football in most formats.

If you're still around to play in the fantasy playoffs, chances are you probably already know to start any fantasy defense you can get your hands on against the Browns. Cleveland's 39 sacks allowed are third most in the NFL, and they have given up a horrendous 30 turnovers in 12 games so they're already in the spirit of Christmas time giving. Green Bay is no stranger to turnovers with 20 of them forced this season, and they can almost smell the return of Aaron Rodgers and a late run at the wild card. It starts here.

Remember the first few weeks of the season, when the Patriots were losing games and hemorrhaging points to opponents? Those days are long ago now. New England hasn't allowed more than 17 points in any of its last eight games, and their defense and special teams have exceeded projected points in seven straight games. This could be an embarrassing one for Miami on national television on Monday night, and four of the past six Dolphins opponents have seen their fantasy defense score double digit points. New England has a good chance to make it five.

If you're in a league where a lot of fantasy teams carry two defenses, perhaps Tampa is still available. The Bucs haven't exactly been good on defense this year, but they have forced the fourth most turnovers and Detroit tends to be very mistake prone. The Lions have allowed 39 sacks, third most in the NFL, and only Indianapolis has allowed more touchdowns to opposing fantasy defenses. As an added bonus, Matthew Stafford is banged up so there's a chance you might get the untested Jake Rudock at QB for part of the game. Yes please.

The Bills seemed like they had a vaunted defense early in the season, but things have fallen apart of late. Still, nothing fixes a struggling defense quite like the Colts offense. Indianapolis has allowed a whopping 50 sacks already this season, eight more than any other team in football, and they've given up six touchdowns to opposing fantasy defenses. Even Buffalo's defense should be playable against these Colts.