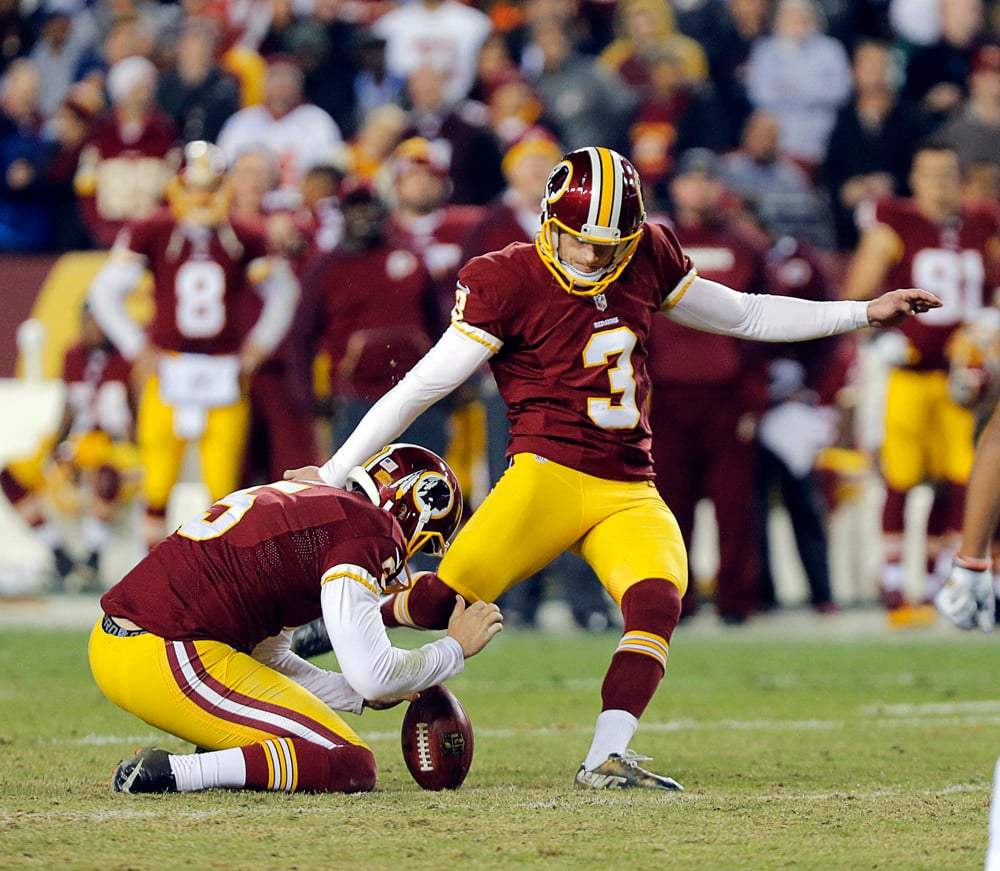 Dustin Hopkins WAS vs San Francisco

Washington’s offense hasn’t totally clicked yet but they’ve had to deal with a pile of injuries. They should be healthy after a bye week and that means a better offense with Jordan Reed ready to go. San Francisco has allowed 15 field goals to opponents in 2017, most of any team, and they’ve allowed the most total points to kickers. Hopkins is ranked just 9th this week but could end up the week’s top scoring kicker.

Really, a Chargers kicker? Nick Novak is not Younghoe Koo. Novak was a perfect 5 for 5 last week and he’s scored plenty of points in the past with five straight seasons at 85% accuracy or higher on field goals. The Raiders have allowed more field goal attempts than any team in the NFL, the definition of a bend but don’t break defense. Novak was only signed a week ago, so he’s probably still on the waiver wire in most leagues. Don’t hesitate to pick him up and ride him if you need a kicker.

The Broncos play Sunday night in what could be a primetime massacre of the Giants. New York will be missing Odell Beckham, Brandon Marshall, and maybe Sterling Shepard at receiver, and they don’t have any real run game. Denver could score early and often and run away with this one in front of a hyped stadium, and the Giants have allowed the fifth most points to opposing kickers. And as an added bonus, the game in Denver means you always have a chance for a long one if your league gives bonuses for that sort of thing. McManus is ranked 11th this week but should be a good start.

The Saints haven’t had much of a defense for years, so Detroit should move the ball with ease and be in scoring position often. New Orleans has give up the second most points per game to opposing kickers, and Prater has a huge leg and should hit a few field goals in this one. A game in New Orleans means indoor kicking and Prater is always a threat to add a long one if your league gives bonus points for length. Prater is just about always a good start, and he could be the #1 option this week.

The Chargers are top ten in points allowed to opposing kickers, and Tavecchio is a perfect 20 for 20 in this his rookie season. The Raiders still moved the ball some last week with backup QB E.J. Manuel but they’ll struggle to punch it into the endzone without Derek Carr. The Italian is ranked 13th but looks like a top ten play.