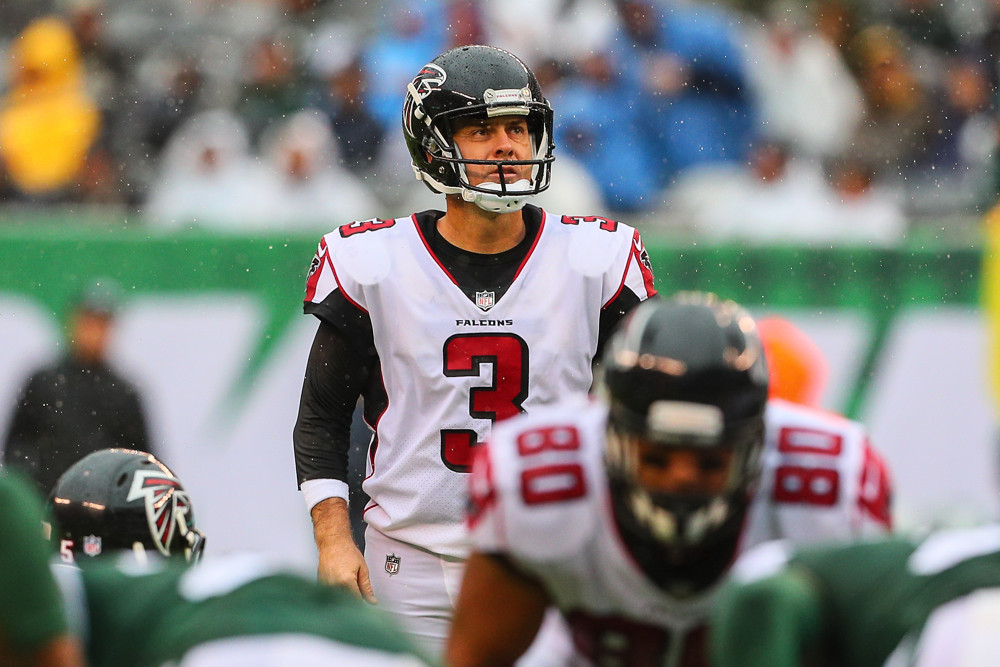 Stephen Gostkowski, and the Patriots in general, are on fire right now. Gostkowski has booted 13 field goals in his last four games and the Patriots offense is operating at full potential. Even against a good team Gostkowski would be a solid bet for fantasy points, but he is especially appealing against a Dolphins team that is allowing an average of 34 points over their last five games. Gostkowski is the top choice this week and an excellent choice down the stretch against a weak defensive schedule.

42 year old Matt Bryant just keeps going, overcoming a calf injury to put up another double digit fantasy day last week against the Seahawks. Week 12 offers another excellent matchup against the scuffling Buccaneers. With the Falcons at home and facing a Tampa team that is 1-4 on the road, there will be points to be had. Expect Bryant to be one of the main beneficiaries.

Minnesota's defense is the real deal, and Greg Zuerlein owners learned that the hard way through a 1 point performance in week 11. But Zuerlein is still one of the better, if not the best kicker to own in fantasy and he looks primed for a rebound in week 12. New Orleans' defense has been reborn in 2017, but in a matchup pairing two of the top offenses in the league, expect Zuerlein to get ample opportunities to put up points.

Death, taxes, and the Baltimore offense stalling. That has been the recipe for a number of years, and Justin Tucker is just the man for the job. After a quiet start to the year, Tucker has now posted six straight weeks of 9 points or more, and a matchup against a decent Houston defense looks like the perfect opportunity for some long field goals. Place kicker fantasy points are often random, but when in doubt, trust Justin Tucker.

Much is made of Ben Roethlisberger's home and road splits, and for good reason. He is one of the best quarterbacks in the league when occupying the friendly confines of Heinz Field. Not surprisingly, Chris Boswell's home and road splits mirror that disparity, with Boswell putting up an average of 15.75 points per home game. Well, the Steelers are home again this week and the Packers have looked overmatched without Aaron Rodgers. Put Boswell down for another good day.