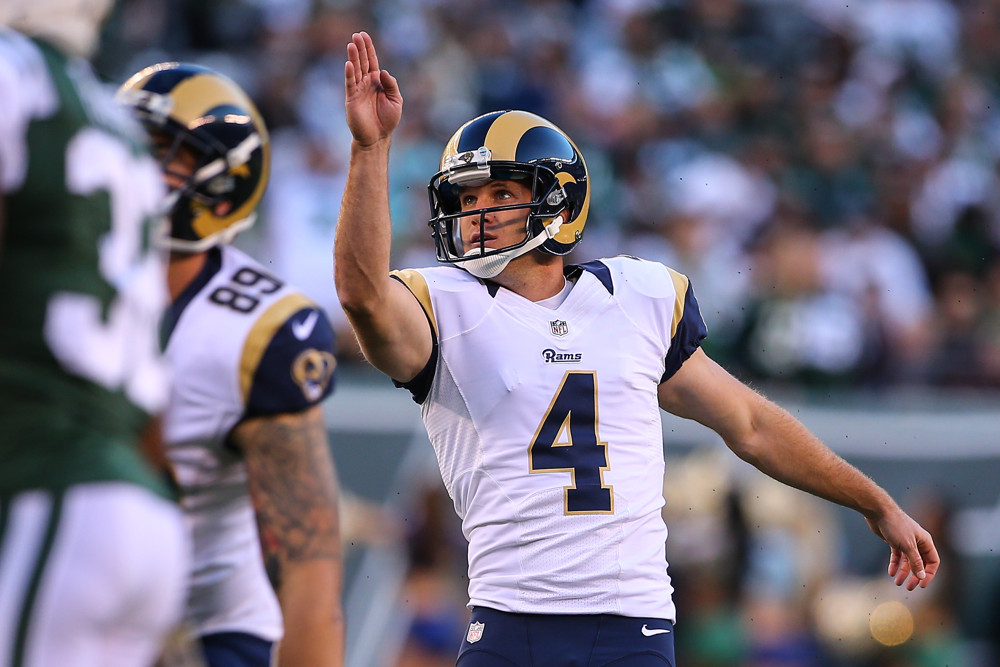 Greg the Leg is always reliable, and the Rams offense has been a steady source of points in 2017. The Giants defense is improving, but their bend but don't break attitude is great for opposing kickers. New York has allowed 18 field goal attempts to opponents, fifth most of all teams. Zeurlein is going to get a few tries, and that's consistent with the rest of the season. He's only scored below nine once all season, and he's hit 17 or more points three different times. All the better if your league gives bonus points for long kicks. Zeurlein is ranked outside the top ten this week, and that is just criminal. He's fantasy's top kicker and should be your first choice.

Justin Tucker is such a good kicker that anything inside of 60 yards feels automatic at this point. And he gets plenty of chances playing for a Baltimore team that probably doesn't have another must-own fantasy starter on the squad. Tucker has scored 12 or more points from the kicker spot in each of the last four weeks, and he's a threat to do it again here against a Titans defense that's been bleeding points of late. Tennessee is one of four teams in the NFL that has yet to force a missed field goal on the season.

The Cardinals are coming off of their bye week, and boy did they need it. Drew Stanton leads the offense at quarterback now after Carson Palmer's injury, and that could mean a lot of hiccups in the red zone when they do manage to move the ball. Enter Phil Dawson. Dawson already kicked four field goals earlier this season against the 49ers en route to 15 points, his best game of the season. San Francisco has allowed 19 field goals to opponents, tied for most of any team in the NFL. Dawson is ranked outside the top-12 starters this week but should be a viable starter.

It's been a ton of fun watching Deshaun Watson lead the Houston offense up and down the field putting up points over the last month, but you might have noticed the Texans defense allowing just as many on the other end. Houston has allowed the third most touchdowns of anyone in the NFL, and the Colts are just the sort of offense that can move the ball for spurts before stalling and settling for field goals. Vinatieri has scored double digits in three of the last four games each week except Indianapolis's embarrassing shutout in London. He should score plenty here.

If your league is really deep or if everyone carries two kickers, Parkey is a deep name you might be able to run out this week. Miami's offense is a wreck, but Oakland's defense may be the perfect salve. Oakland has allowed the most field goal attempts and is tied for the most field goal makes allowed. Parkey should have plenty of chances.