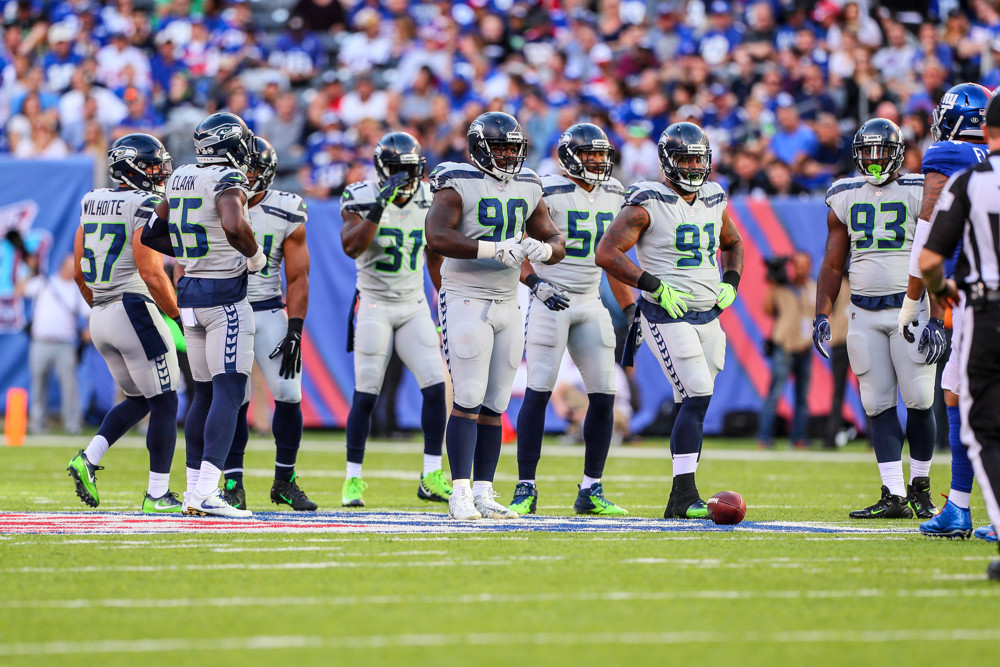 The Browns have taken their quarterback woes to a whole new level this season when that hardly seemed possible. They can barely make it through half a game before swapping out for another option, and maybe that's because Cleveland QBs have thrown 17 interceptions already, seven more than any other team. Kizer, Hogan? It may not matter against a tough Minnesota defense that is somehow unranked this week. It's good strategy playing any fantasy defense against the Browns until proven otherwise at this point. London fans are in for a treat.

The Saints are not one of 14 ranked options on defense this week, but they certainly should be against Mitchell Trubisky and the Bears. Trubisky completed only four passes last week against the Panthers and looks way over his head, and the entire Chicago offense is struggling around him. It seems like a very simplified offense with only a couple handfuls of available plays, and that's not going to cut it on the road against a Saints defense that has started to show up over the last month. Chicago's 14 turnovers are second most in the league. The New Orleans defense will surely add to that total Sunday.

The Bengals are the #1 ranked defense this week, and they should be. The Bengals have quietly had a strong defense this season and are playing better after a miserable start, and they should dominate a terrible Colts offense. Indianapolis sounds like a team on the verge of collapse with internal grumblings beginning to leak out. The Colts have allowed 28 sacks, most of any team, and opponents have scored four defensive touchdowns already, best in the league. Make sure to grab the Bengals defense if they're available on your waiver wire this week.

You drafted the Seahawks because you thought you could play them every week, but admit it: you're a little scared of this matchup with the Texans. Houston scored 157 in its last four games and was rolling heading into the bye behind seemingly spectacular play by rookie QB phenom Deshaun Watson. According to PFF, Watson may not be nearly as good as the numbers look on the surface. PFF rates Watson as having the fourth most negatively graded throws and the ninth most turnover-worthy throws, and that's the sort of thing a defense like Seattle punishes. Houston's 3.5 sacks allowed per game also rank fourth most in the league. Don't be afraid to use Seattle like usual.

It's a bit slim pickings on defense this week with so many crappy offenses on their bye week. If all the good options are gone, you might take a chance on the Dolphins. Miami continues to win with smoke and mirrors and can get to 5-2 somehow if they win in Baltimore Thursday night, and if they do, it'll be because of a quietly strong defense. Baltimore has turned the ball over 12 times this season and has an offense that doesn't scare anyone, so Miami could surprise them on a short week.