Taking Twitter by storm, it was announced that free agent wide receiver Julio Jones has signed a one-year deal with the Tampa Bay Buccaneers. The deal is worth $8 million with a $6 million base salary.

As it seems, the rich continue to get richer. Tom Brady and his charisma have snagged yet another player that many thinks is “over the hill” but will likely have a chance to rejuvenate his career in search of a Super Bowl victory. 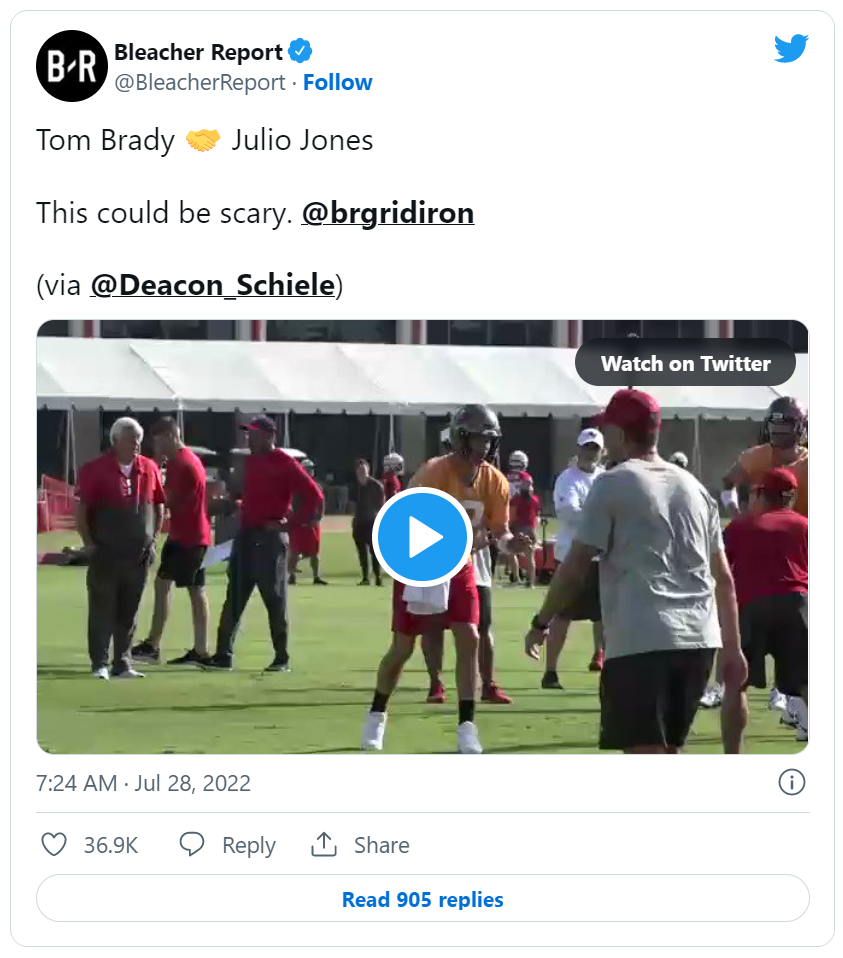 It didn’t take long for the 33-year-old wide receiver to be brought into the fold as Jones was already in Tampa working with Tom Brady during training camp sessions.

At first glance, this doesn’t seem like all that great of a move. Julio Jones has been plagued with hamstring injuries over the last two seasons and over that span has missed 14 games. Jones’s inability to stay on the field the last two seasons is a big reason why there’s doubt on whether or not Julio Jones can produce even with a great throwing him the ball in Brady. Another question is can Julio Jones fit into the Bucs' offense while sharing targets in a loaded wide receiver corp that sports Mike Evans, Chris Godwin (once he’s full-go for the regular season), and even former Falcons wide receiver Russell Gage?

I won’t go as far as to say Julio Jones is going to blow up this year but after the reaction period died down, there is an opportunity for the former Falcons and Titans wide receiver to produce in this offense. Let’s start with the opportunity. The Buccaneers' passing offense is one of the best in the league and the passing attempts to get the Bucs' wide receivers involved in the action. Last season, Brady threw the ball 719 pass attempts with 42.3 pass attempts per game on average.

The top two targets in the Bucs' offense in Mike Evans and Chris Godwin saw a 16% and 18% target share on the season. For Mike Evans, that breaks down to 114 targets, and for Godwin that comes to 128 targets. Now you might think to yourself, “With those guys getting that many looks, where does Julio Jones come in?”. For this part, let’s look at two things. Antonio Brown was Brady’s third receiver last season, and though he didn’t finish the season after his “breakdown” versus the New York Jets, Brown commanded an 8.6% target share on the season (62 targets), averaging nearly nine targets per game. Brown also missed nine games last season. At that pace over a full season that would give Brown 151 targets. Now that’s not to say he would hit that total but the fact that Brown was still being heavily involved while on the field is a positive even as the third option. 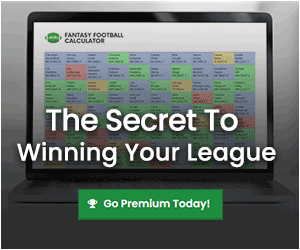 If you also factor in the number of targets left behind by Rob Gronkowski retiring, that can be added to the pool of targets for the Bucs' pass catcher. Gronk commanded a 12.4% target share at the tight end position, seeing 89 targets on the year. I’m not confident in Cameron Brate or newly signed tight end Kyle Rudolph to see that kind of workload from Brady. However, Julio Jones could slide in as a WR 3 or 4 in that offense and still eat.

Jones may be able to get on track early in the season too. While Chris Godwin was able to avoid the PUP list to start training camp, the Buccaneers are planning to take it easy on him for a while until he’s ready for the start of the season (at least). That may free up Jones to get in on the Bucs' offensive scheme. Should the season start with Godwin still being slowly phased in, I could see a scenario where Jones, Evans, and Russell Gage could be the starting unit.

ADP and The Wrap Up

Julio Jones is currently being drafted as the WR56 but you can expect his ADP to rise a bit thanks to the signing with the Bucs. Jones may be one of the kinds of players that fantasy managers may have to debate on whether or not to use a late-round draft pick on. On one hand in an offense that offers a lot of scoring potential, Jones would benefit from both volume and opportunity even as the third option for Tom Brady. Using a late-round pick on a wide receiver that could have the possible upside of what Antonio Brown was able to offer with if he played a whole season would certainly be valuable. However, that is also the same issue.

Julio Jones is now 33 years old and as already mentioned in this article, has missed a bunch of times with various injuries just in recent history alone. Adding to the fact that we don’t know how Julio Jones will actually be used in that offense just yet. Godwin’s status heading into the season as well as Russell Gage’s role are worth monitoring as we get deeper into training camp. Russell Gage is currently being drafted as the WR42. That too may change as the impact of the Jones signing starts to take some effect. Fantasy managers may have to debate on whether Julio Jones or Russell Gage will have an immediate impact for the Buccaneers and wager on which one will see more playing time over the other.

If I was a betting man, my money would go with Julio Jones. Jones is still a bigger name and looks to still be a threat in the red zone and after Rob Gronkowski decided to hang it up this offseason, Brady could be looking for another reliable red-zone option aside from Mike Evans. Evans did see the most targets for the Bucs in the red zone last season. Godwin actually saw 26 targets inside the 20 but only caught five touchdowns to Evans 10 touchdowns on his 19 targets. The red zone is where Evans does his most damage for the Buccaneers. Maybe that’s where the Bucs plan to use Julio Jones this season too.