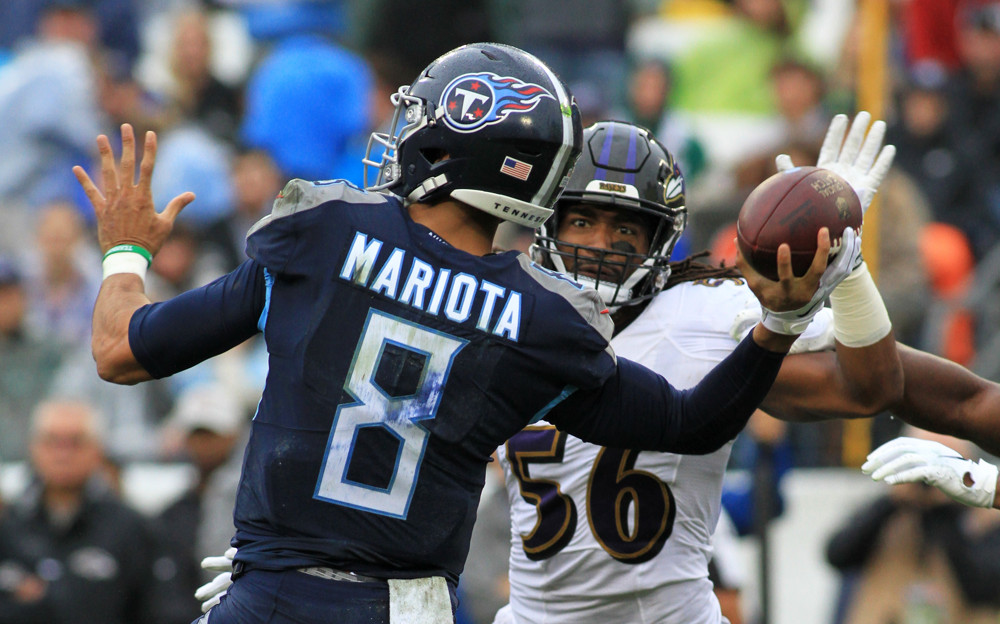 A boom/bust candidate for sure, Marcus Mariota offers an intriguing option in Week 11. While he has had 4 games of below 10 fantasy points on his resume, 3 of those were against the top 3 passing defenses in the league (and the other was Week 1.) The Colts are most decidedly not a good pass defense (ranked 24th) and just gave up 320 yards to Blake Bortles who I have confirmed is worse than Mariota. Mariota is a riskier play than other mid level priced QBs, but has a higher upside at a lower price.

Another cheap player option is Ito Smith. With Devonta Freeman on the IR, Ito Smith has walked into a healthy amount of snaps and touches (an average of 10.75 and 27.25 respectively over the past 4 weeks.) While he has been relatively inefficient with these touches, it does represent a high floor for a player that is priced at such a discount. Dallas sports a good defensive front meaning pass game involvement will be key, but Smith has also scored 4 touchdowns in the past 6 games meaning he has multiple ways to provide you with a good fantasy day.

From undrafted to a coveted spot in the Value play column, Josh Adams has been on a meteoric rise this season. And, it's a good bet that the trend continues as Doug Pederson stated this week that he plans to get Adams more carries moving forward. He's been significantly more successful on the ground than Wendell Smallwood and Corey Clement and could find himself with 10 carries or more in week 11. The downside to this sunny picture, and the reason for the dirt cheap valuation, is the Saints have the number one defense against the run, meaning those extra carries may not translate into points. Still he's the defacto goal line back on a potent offense making him a great "what the hell" play.

Chris Godwin bounced back in a big way after two very poor performances to top 100 yards on 7 catches. The thing is, the opportunities have remained constant as he's seen 6 or more targets in 4 of his last 5 games. The Giants have been good at limiting wide receivers from entering the end zone but the yards have been available. Look for Godwin to turn his usual target total into a solid fantasy day. At the very least this pick will give you a reason to pay attention to this truly awful game of football.

You normally want some sort of upside with your value picks, and it's gonna be tough to project that with Dede Westbrook. But few wide receivers have been given such a steady share of targets, and certainly none priced below $6,000. This isn't the sexiest pick, but the Steelers have allowed the 10th most fantasy points to wide receivers and Westbrook will be given enough opportunities to make a big play.

If you are going cheap at the tight end position, it's a pick your poison of risky plays, but Evan Engram represents the one with the most upside. Since his return in Week 7, Engram has been heavily involved in the offense, averaging 50 snaps and 6 targets a game. The Giants pass offense limits the upside of these opportunities but the Buccaneers are giving up the second most fantasy points at the position. Considering his number of routes run and the quality of the opponent, Engram is a top 4 play this week.