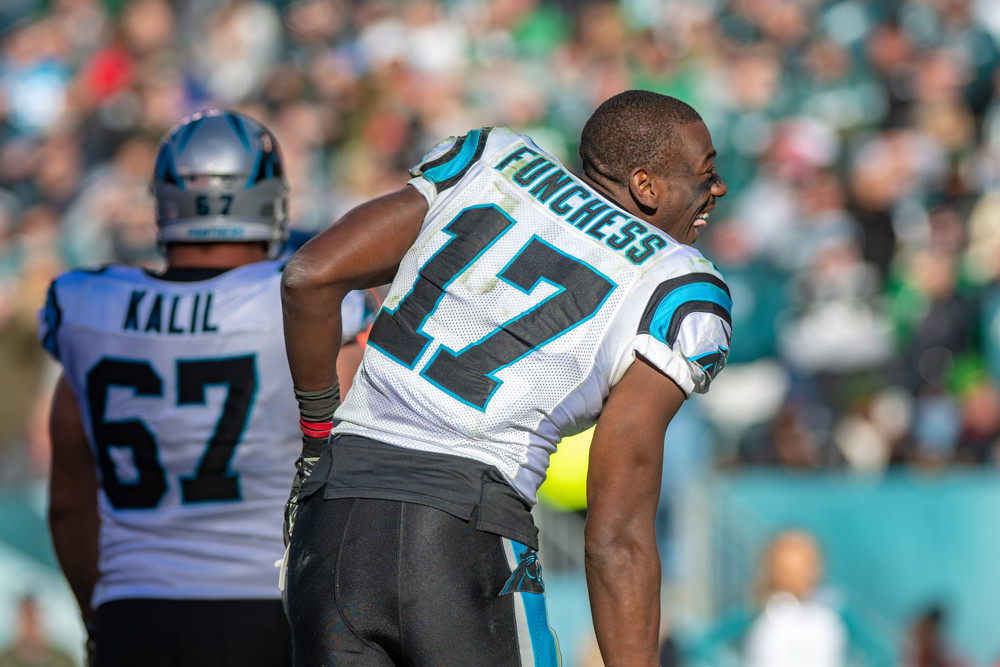 Fitzmagic is back baby!! After a two game absence, the Buccaneers are going back to the well with the 35 year old Ryan Fitzpatrick because, eh why not? Dirk Koetter is basically throwing everything at the wall to see if anything saves his job (narrator: it won't.) Anyway, Fitzpatrick has played pretty well from a fantasy perspective and has plenty of weapons to work with. Carolina is below average defending the pass and it seems to reason that the Bucs will be playing from behind for a lot of this game. Fitzmagic makes for a cheap upside option.

Chris Carson reasserted his dominance over the Seahawks backfield with a powerful performance against the Lions. Carson has continued to see numerous carries but with varying results due to Seattle's below average offensive line. That being said, this is by far the best volume you will get at below the $7,500 range and the Chargers are a mediocre 16th against the rush. Hope for Seattle to get out in front and milk the running game.

It appears as Melvin Gordon will return for Week 9 meaning most people will overlook Austin Eekler as a fantasy asset. But Ekeler's skillset is catching the ball out of the backfield, and he will continue to be worked into the passing offense. It's safe to assume that Chargers will want to keep Melvin Gordon fresh meaning Ekeler won't see a drastic reduction in his touch total. He has a high floor at a cheap price.

Devin Funchess has been solid but not spectacular year as the Carolina Panthers number one wide receiver. He has yet to top 100 yards, but averages a robust 7 targets a game and has scored three touchdowns. And while DJ Moore has begun to eat into Funchess' targets, he remains far away the first option for Cam Newton. If anything, Moore should open up more vertical targets which is what Funchess really excels at. Aiding his projection this week is Tampa Bay's 31st ranked pass defense that should allow Funchess plenty of room to run. I'll go out on a limb and say that Funchess has his first 100 yard receiving day this week.

Your shot in the dark for Week 9 is Courtland Sutton. Sutton was already actively involved in the offense averaging over 4.5 targets per week and posting a career high of 78 yards in week 8. The departure of DemaryiusThomas opens up an additional 6 targets a game and you can bet that a lot of those go to his replacement. Sutton hasn't been efficient with his targets but Denver has had to play catch up in a lot of their games meaning his volume will likely translate into fantasy points.

Man the tight end position is absolutely brutal for fantasy in 2018. For FanDuel players, it's a constant struggle to try and hit it big with a sleeper or pony up to ensure that you get the points out of the position. This is a week I would take a hard look at Travis Kelce with 4 of the top 5 points scorers not in the main Sunday slate, but if you are looking for a cheap player, Jordan Reed is the best of the rest. He's under-performing with Alex Smith under center, but represents a high floor in PPR settings. That's about the nicest thing I can say about him, but he won't kill your team if you decide to go cheap at TE.