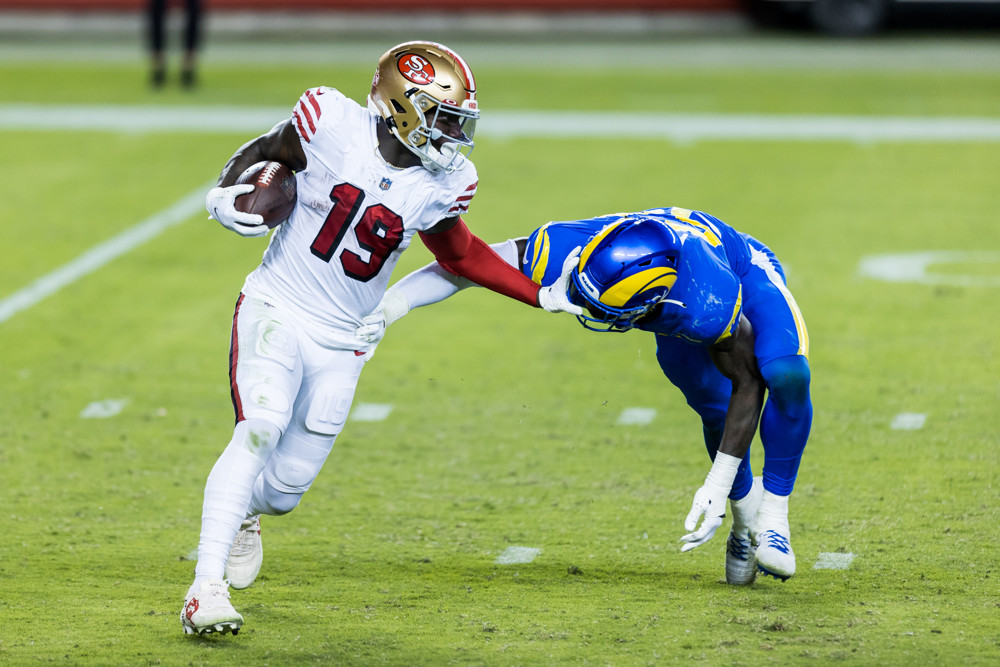 Deebo Samuel ($8,400) - San Francisco 49ers - Value Deebo Samuel is a top-5 MVP candidate in the NFL this season. Without him on their team, the 49ers aren’t winning more than 5 games. He’s extremely quick and can take over a game by himself. The 49ers have been smart with his utilization, having him line up in the backfield and assume his normal role as a wide receiver. To everyone’s surprise this year, he’s been a fantastic weapon as a running back and a pass-catching threat out of the backfield. Kyle Shannahan is a brilliant head coach that knows how to use his best player. The Rams have great outside cornerbacks and are weak in the middle. Did I mention they recently re-signed 37-year old Eric Weddle who came out of retirement so they would have a half-decent option back at safety? With the Rams’ tough run defense, I’d be shocked if Samuel isn’t primarily used as a slot receiver for most of the game - we know Jimmy G loves throwing to the middle of the field - Samuel should crush his receiving prop options and should find the end zone at least once in this game.