5 Defenses to Target in Week 17 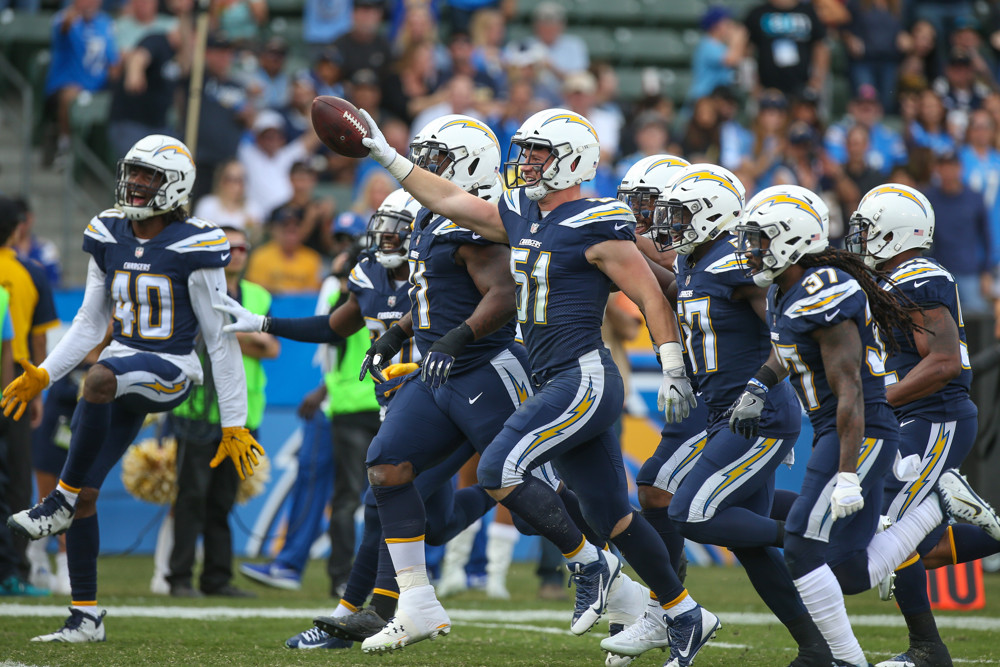 One more week. I can't believe it's over so quickly. That being said, many of you probably have finished your fantasy season, but for others there is still one more week of excitement and anxiety. There are still plenty of good matchups for defenses in Week 17, so if you happen to be in a league with a championship, here are some of them that are worth targeting in hopes of a fantasy title.

The Washington Redskins pick last week came through! The Redskins' defense held Denver to 11 points and forced 3 turnovers. This defense has been hot the past 3 weeks and should continue the streak against the New York Giants. The Giants most likely have lost Sterling Shepard and Evan Engram for Week 17, so Washington should have no problem shutting down that offense. Washington is widely available, so look to pick them up as a solid streaming option for your championship.

Detroit fell flat on their faces in Week 16 against the Cincinnati Bengals, losing 26-17 in a must win situation. Freshly eliminated from the playoffs, the Lions now face a Green Bay team who is also playing solely for pride. The Packers are coming off a game against the Vikings in which they were shut out at home. It will be hard to bounce back from that in Detroit. The Lions should have an easy time getting to the QB and making Hundley (or Callahan) hurry his throws. Being a division rivalry, I doubt either team will give up playing hard, but the Lions have a good chance at scoring some points for your fantasy team.

Minnesota is coming off a Week 16 shutout against the Green Bay Packers (in Green Bay, no less) and looks to continue its domination of the NFC North in Week 17 against the Chicago Bears. The Minnesota defense hasn't had any blowup games, but have continued to have solid outing after solid outing en route to a 12-3 record. The Bears haven't been great on offense, and still have a rookie QB who is prone to make mistakes. At this point it doesn't appear that the Vikings will rest their starters, but keep an eye out for any news. Otherwise, the Vikings should be a solid play.

The Chargers' beat up defense only allowed 7 points in Week 16 against the New York Jets, and have another week to get healthy before facing the Oakland Raiders in Week 17. The Raiders have been awful as of late and only scored 10 points in Week 16 against the Eagles. The Eagles also held Derek Carr to 140 yards and Marshawn Lynch to 95 yards. The Chargers are in a must win situation, so they should play hard in front of their home crowd.

The Seahawks finally came alive when it mattered most in Week 16 in Dallas. They completely shut down the Cowboys' offense, only allowing 12 points. They sacked Dak Prescott 4 times, forced 3 turnovers, and scored a defensive touchdown to keep their playoff hopes alive. They have to do it again in Week 17, and should have an easier time at home against the Cardinals. An angry/amped defense plus the Seattle fans will make for a potential domination of Arizona.