Does anybody want Jamaal Charles? 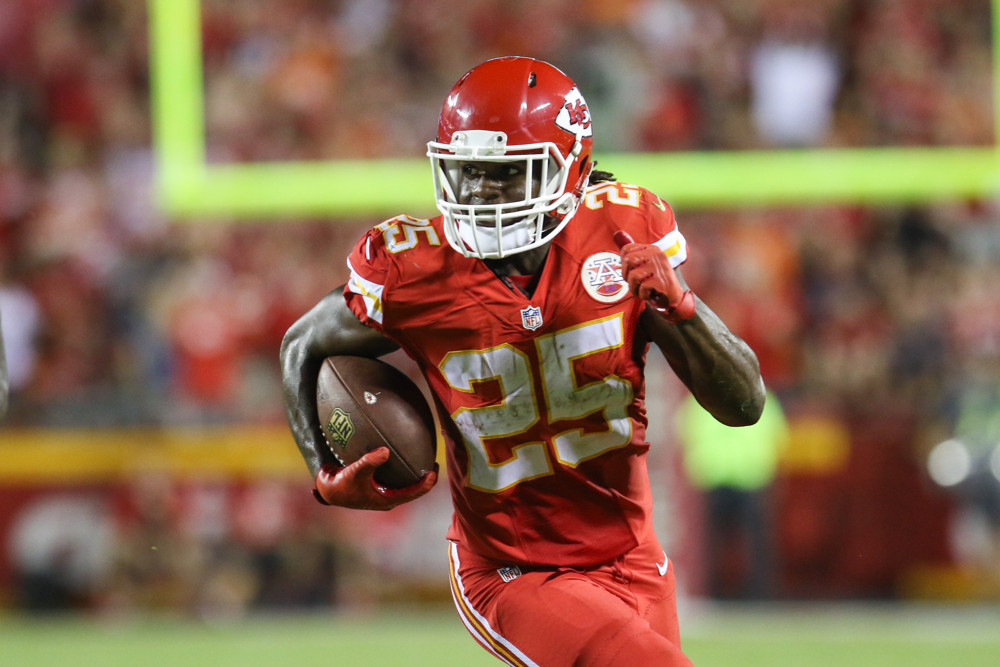 When the Chiefs released Jamaal Charles in late February, the news wasn’t much of a surprise for fantasy owners.

Coming off a second ACL surgery, the 30-year-old running back is far from the dynamic playmaker he once was. A lingering knee injury limited Charles to only eight games combined over the past two seasons. Although he did return from an ACL injury in 2011 to rush for a career-high 1,509 yards, Charles' current average draft position in 12-team mock drafts shows fantasy owners are skeptical that he can repeat this feat a second time. 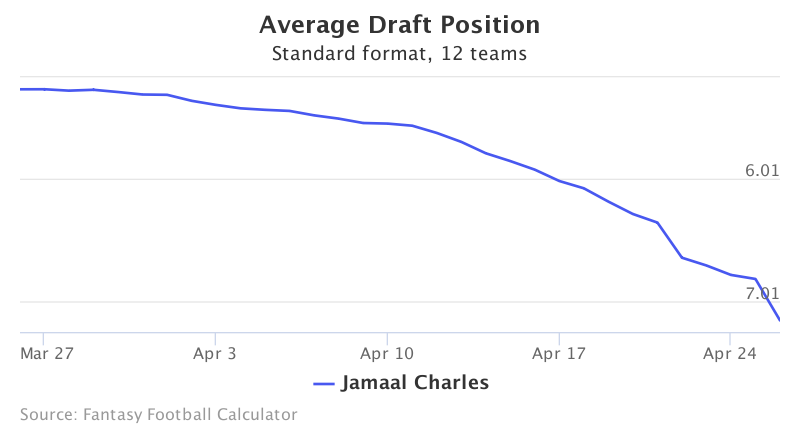 As the chart demonstrates, his value has been in a free fall since his release, dropping two full rounds in just two months.

But, his ADP may continue to slide even further. Despite a recent visit to Seattle and rumors of a reunion with his former coordinator in Philadelphia, Charles still hasn’t received any offers. Even a video of the veteran back performing drills hasn’t silenced critics who fear his career may be over. Kansas City will try to replace their all-time leading rusher with Spencer Ware, who rushed for 921 yards last season. Also, look for an increased workload from third-year running back Chandrick West.