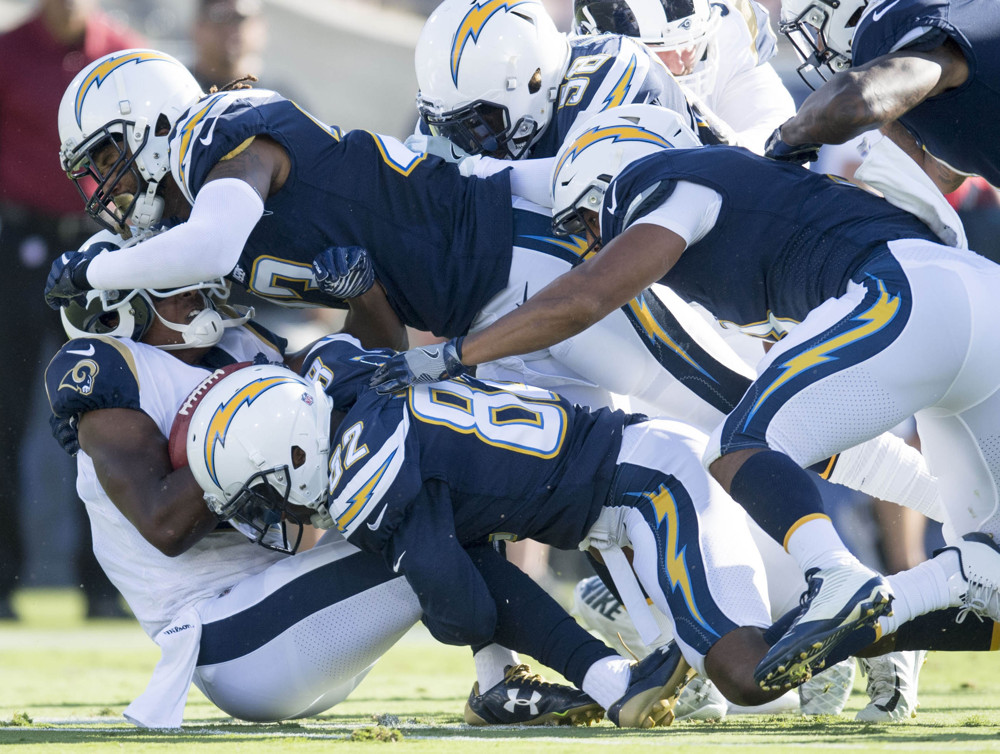 Jacksonville remains the top scoring fantasy defense in the league, led by a historically good pass defense, 18 forced turnovers and a sack rate of almost four per game. This week they get the woeful Cleveland offense that features an inconsistent rookie quarterback in Deshone Kizer. The Browns are only averaging 15.9 points per game, and their lack of wide receivers will allow Jacksonville to stack the box making a lot of movement unlikely. The Jags have the highest floor for week 11 and huge upside. Expect them to increase their margin atop the leader board.

It feels odd to suggest playing defenses against Green Bay, but without Aaron Rodgers the Packers offense has been anemic at best. Add in mounting injuries to the Packer's rush attack, and Baltimore should be able to tee off on a shaky Brett Hundley, forcing turnovers and sacks. The Ravens should produce a quality day on the frozen tundra of Lambeau.

Tough to suggest a team coming off back to back games where they gave up 51 and 41 points, but the Broncos still have a quality defense. It was simply exposed by two of the best teams in the league. Not to mention the complete lack of a Broncos offense is leaving the defense on the field for way too long. The second piece may remain true in this matchup, but Cincinnati is as far from an elite offense as possible. The Broncos vaunted secondary should be able to contain A.J. Green and Brandon Lafell and a pressured Andy Dalton is a turnover machine. This is one of the few winnable games left for the Broncos, so expect them to come out on fire and put up fantasy points on defense.

The Chargers have been a quietly good fantasy defense despite a tough schedule. They do an excellent job getting pressure on the quarterback (tied for second in sacks,) and haven't allowed more than 20 points in a game since week 4. Buffalo just switched quarterbacks to Nathan Peterman, which should tell you how their offense has been operating lately. If the Chargers can contain Shady McCoy, their only real task in this matchup, they should be in for another excellent performance.

The Detroit Lions defense have been a turnover forcing force this season; their 18 forced is already 4 more than they had all of last season. In week 11, they draw one of the most turnover prone teams in the league in Chicago, who sports a rookie quarterback and relies almost exclusively on running the ball. The Bears limited offense along with Detroit's opportunistic ways make the Lions a great high upside choice for a starting fantasy defense.