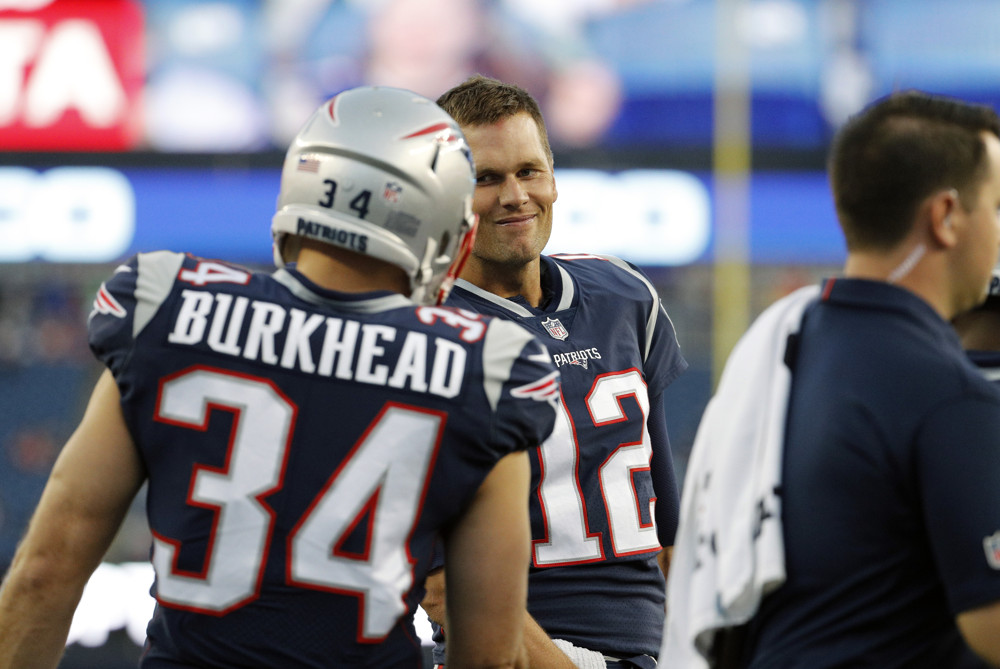 Players got along much better this week, (no big fights) so there are no suspensions looming to ruin your fantasy team. However there were a few injuries of note: Aaron Jones, Ty Montgomery, and Rob Kelley all went down in Week 10, opening the door for some running backs who have had a few chances already. Or, if none of that means anything to you, maybe you just want some players that may be worth a stash for your playoffs. Either way, here are some players to target this week on the waiver wire.

Wow. That's about all that can be said about the injuries decimating an already beat up GB offense. They lost Aaron Jones (knee) and Ty Montgomery (ribs) this past week, although no news has come out on the severity of the injuries. It does appears Williams will have a role moving forward since Jones is looking at missing time with a sprained MCL. As the main back, Williams rushed 20 times for 67 yards and caught 1 pass for 7 yards. We never really got to see Williams in action earlier this season because he was injured the first half becoming the starter(Montgomery broken ribs), so he could be much better than people think. He did get 67 yards in Chicago against one of the toughest defenses in the NFL. The Packers get the Ravens and Steelers the next two weeks, so the Packers will probably be running a lot. He should be added in all leagues, especially if news comes out that both Jones and Montgomery will miss time.

Corey Davis has been targeted 15 times over the two games (first game he was limited in snaps) he has played since returning from a hamstring injury. In Week 10 against the Bengals, Davis was targeted 10 times, catching 4 of them for 48 yards. He lost a fumble diving for the endzone, so he could have had a better fantasy day had he held onto the ball. Either way, Davis has shown a rapport with Marcus Mariota, and if that offense starts really clicking, he could be in for some huge games. The Titans have a favorable schedule as well. Davis should be added in all leagues, seeing as how he is Mariota's favorite target.

Rob Kelley just can't seem to stay healthy. Kelley once again exited early this week, meaning rookie Samaje Perine gets a shot to lead the backfield in Washington. Perine rushed 9 times for 35 yards and caught his lone target for 25 yards. It was a somewhat decent showing considering Washington was playing from behind against a tough Minnesota defense. Perine hasn't been spectacular when given the opportunity, so he is more of a 12 team league addition due to volume. He should get a majority of carries until Kelley can return.

Danny Woodhead has been one of the best PPR running backs in recent history, but injury has prevented him from being a top back for a few years now. The Ravens are returning from their Bye this week, which could be perfect timing for a Woodhead return. He is still listed as IR-R, so there is no guarantee that he will play against the Packers in Week 11. However once he returns, if he stays healthy, he should take over the passing down role in Baltimore. Woodhead should be added now in all leagues.

A little bit more owned than others on this list, Dion Lewis is still only owned in just over half of leagues. He has emerged as the leader of the Patriot's running back group, rushing at least 10 times over the last 4 games. In Week 10 against one of the best run defenses (Denver), Lewis managed 55 yards and 1 touchdown on 14 carries. He also ran back a 103 yard kickoff, which is a nice little bonus you get if you get points for kickoff return touchdowns. The only downside is that he doesn't normally catch any passes. It looks like Lewis has become the new Blount/Gillislee role, so he will be a hot pickup this week. He should be added in all leagues as the #1 RB in New England.

A Browns' player? Yep, that's right. Corey Coleman has been on IR from Week 3 on, and is finally looking like he may play in Week 11. In his first 2 games, Coleman was targeted 13 times. In his first game he caught 5 passes for 53 yards and 1 touchdown. Unfortunately it's the Browns/Kizer, and even more unfortunately if he does suit up in Week 11, he goes up against the Jaguars. If you have a bench spot or are playoff bound, Coleman might be a nice addition to your bench. Otherwise, Coleman can be added in 12-14 team leagues in hopes that he is a target machine in Cleveland.

Rex Burkhead returned from injury in Week 7, and has quickly become a weapon in the New England offense. In Week 10, Burkhead rushed 10 times for 36 yards and caught 3 passes for 27 yards and 1 touchdown. Burkhead actually out-snapped Lewis, but that is probably because he was used as a wide-out to cover an injured Chris Hogan. Burkhead's role could decrease once Hogan is back, but he should still see a healthy amount of touches in this offense. He should be added in deeper leagues.

Austin Ekeler, the rookie out of Western State (which one?), has been flying under the radar this season. This past week however, he burst onto the scene, rushing 10 times for 42 yards and catching 5 passes for 77 yards and 2 touchdowns. Now Ekeler isn't taking over Melvin Gordon in the depth chart, but what he did shows that he is a capable back, especially in the passing game. If that means the Chargers can run Melvin on 1st and 2nd and give him some rest, they probably will. The Chargers may have found their new Danny Woodhead. Ekeler can be added in deep (14 team leagues), and probably should be added to handcuff Gordon owners who look to be playoff bound.