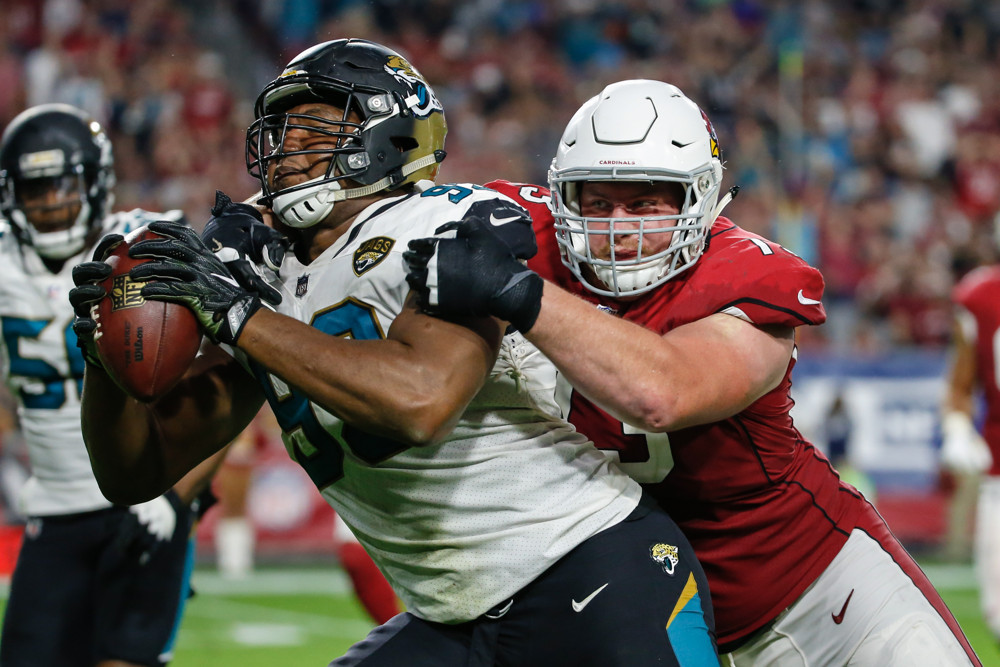 No fantasy defense has scored more points over the past three weeks than the Chargers, and a group that has been overlooked for most of the season is finally getting their due. The pass rush and cover corners have always been there, but the team is finally creating more turnovers and it has led to impressive fantasy results. This week the Chargers host arguably the worst offense in the league in the Cleveland Browns, a team that has turned the ball over a league high 28 times. Look for them to tee off on Deshone Kizer and put together another monster game.

The Jaguars have been a mainstay on "Defense to Target" lists and continue to hold the top spot as the highest scoring fantasy defense. They've posted at least 10 fantasy points in all but 3 of their games and topped 20 points 4 times. This week looks like another possible 20 plus fantasy day as the Jags host the scuffling Colts, one of the worst offenses in the league and a team that has allowed a league high 47 sacks. Yes, you should feel bad for Jacoby Brissett. Anyway, Jacksonville is poised for another huge game, keep riding the Jags.

After difficult matchups against the Saints and Vikings, the Rams defense should be back on your radar in Week 13. Arizona is on approximately their 37th quarterback, and will be starting turnover prone Blaine Gabbert. The Rams aggressive pass rush should be able to speed up the Arizona offense, a unit that has only averaged 15 points a game over the past 5 weeks. Los Angeles makes for a solid choice during a week that has few safe options.

It looks like the Titans may have found a pass rush, posting 8 sacks against the Colts last week, but this matchup is really about one person. Tom Savage. I hate to pile on, but Savage has been a turnover machine, giving the ball away 10 times over the past four games. If the Titans can get any kind of pressure on Savage, it will lead to fantasy points. And considering Houston is only averaging 15 points per game with Savage under center, the Titans look like a great streaming choice in week 13.

The Patriots racked up 7 sacks last week against the Dolphins and have been one of the most consistent fantasy defenses since week 6. While their metrics still don't look great, Matt Patricia has done fantastic work, and the unit looks nothing like defense that was gashed the first four weeks of the season. The Bills have switched back to Tyrod Taylor, but still struggle to score points, and allow some of the highest rates of quarterback pressures in the league. If the Patriots can contain the run, they should post a solid fantasy outing.