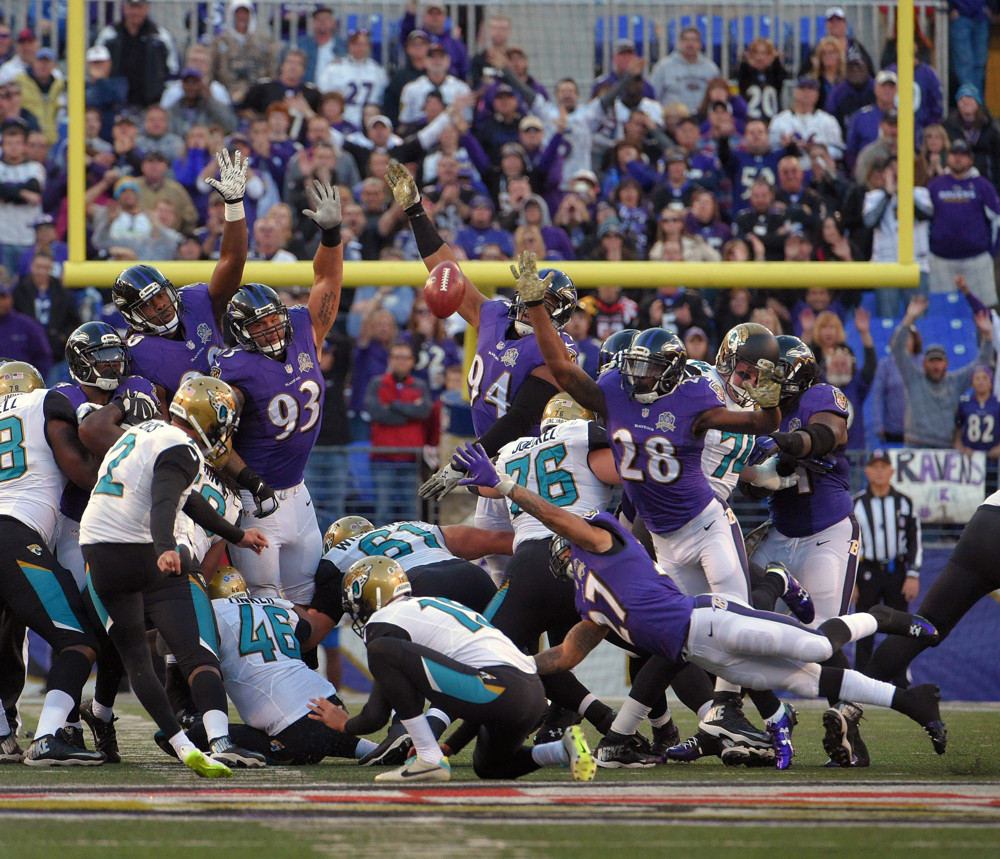 On a day where they picked off Seattle three times and allowed 24 points, the Jags defense scored their 4th lowest total of the season. That is how good they have been. And they are staring at another massive day as they welcome T.J. Yates and the Houston Texans to Jacksonville. Obviously you are going to start the Jags, but this could be another week winning performance from this defense.

The Saints probably would have been a top 5 start recommendation before the Josh McCown injury. But the Jets offense imploded under back up Bryce Petty, locking in the New Orleans as one of the best options of the week. The Saints haven't been forcing turnovers at a high rate or getting a ton of quarterback pressure, but the lack of a competent quarterback and a below average Jets offensive line means they will have one of the highest floors you can choose from.

The Ravens are coming off a game where they allowed 500 passing yards and the Browns offense showed some life with the insertion of Josh Gordon, but Baltimore is still one of your best options for Week 15. That's because they will be able to pressure DeShone Kizer into mistakes, and mistakes mean turnovers. The Browns will be suffering their 14th loss of the seasonSunday, and you may as well capitalize.

The Bengals put up 7 points, at home, against the Bears. Meaning they've basically packed it in for the season. And it gets much, much worse for the Bengals who now have to travel to Minnesota to take on the second best defense in the league. The Vikings are going to feast on Andy Dalton, and if they can contain AJ Green, shouldn't allow more than 14 points. The Vikings have a high floor and a high ceiling in this one, start them with confidence.

With the loss of Carson Wentz, the Eagles defense's job just got that much more important. And they have been up to the task for most of the season. The in-transition offense of the Giants will not pose much of a task for Philadelphia, and even without Wentz, they should control the pace of the game. Look for a low scoring affair with a couple of Eli Manning turnovers as the difference.