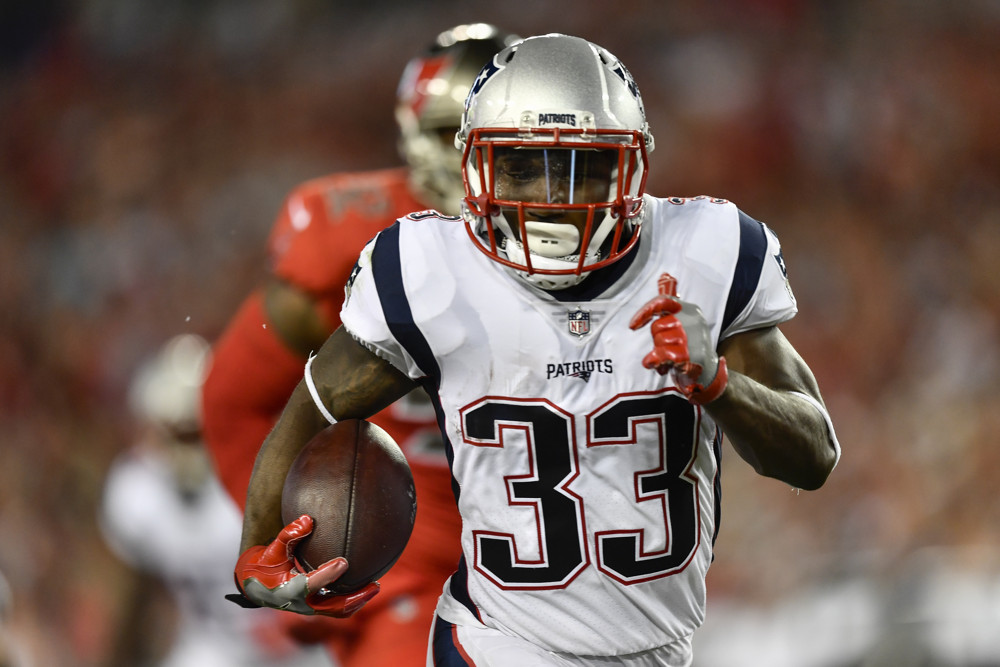 Barber is your waiver wire pickup of the week, assuming Doug Martin continues to miss time. Martin has yet to clear concussion protocol and hasn't practiced since his injury, and Tampa saw a huge game out of Barber in his absence this week. Detroit has allowed 14 RB touchdowns, third most in the NFL. Barber had 143 yards on 27 carries this week, plus two touchdowns the week before in clean-up duty. Make sure Martin is out, but if he is, get Barber in your lineup.

Powell is far off most owners' fantasy radars after a disappointing season, but he could be a sneaky start for teams in a tight spot this week. If your league shows defensive matchup ratings, it probably still rates Denver as a tough run defense, but don't be fooled. They've been the second worst run defense in the league over the past five weeks and have been hurt in particular by guys like Corey Clement, Dion Lewis, and Kenyan Drake. Those are guys that makes plays with their agility and dexterity in both the run and receiving game, just like Powell.

It's been a hit or miss season for McCoy, with five games under 50 rushing yards and four games with 20+ PPR points. That's not the sort of consistent production you expect from a first round pick. But the Indianapolis (lack of) defense is here to save the day. Only five teams have allowed more RB touchdowns than the Colts, and they've allowed the second most RB receiving yards in the league, something McCoy specializes in. Buffalo is quietly still 6-6 and should lean heavily on McCoy in this one with Tyrod Taylor either banged up or out. This week week we get to see the real McCoy. He could be the top play in DFS leagues.

Look, the RB position is not deep. If you have one of the 10 or 15 that's actually good, you already know to start them, but Lewis looks like a steady second RB spot in your lineup. He's scored at least seven points in eight straight games in PPR leagues, which is not exactly a high bar but it's at least a nice floor. He's seen at least 14 touches six games in a row and should have plenty of chances against a Dolphins squad with a bad run defense. You might also consider playing Rex Burkhead, who has five touchdowns in four games and continues to play a big role while Chris Hogan is sidelined.

Again, we're not looking for home runs here, just a tidy single that might stretch into a double. That might be the description on Frank Gore's Hall of Fame plaque some day. Gore passed Jerome Bettis and LaDainian Tomlinson to move into fifth on the all time rushing list last week and he's still churning out yards. He has over 60 combined yards in five straight games and faces the worst RB defense in football in the Bills. Buffalo has allowed 11 running back touchdowns over the last five weeks. That's more than all but five teams have allowed to RBs the entire season.