Five Wide Receivers That Could Win Your Week 8 Match Up 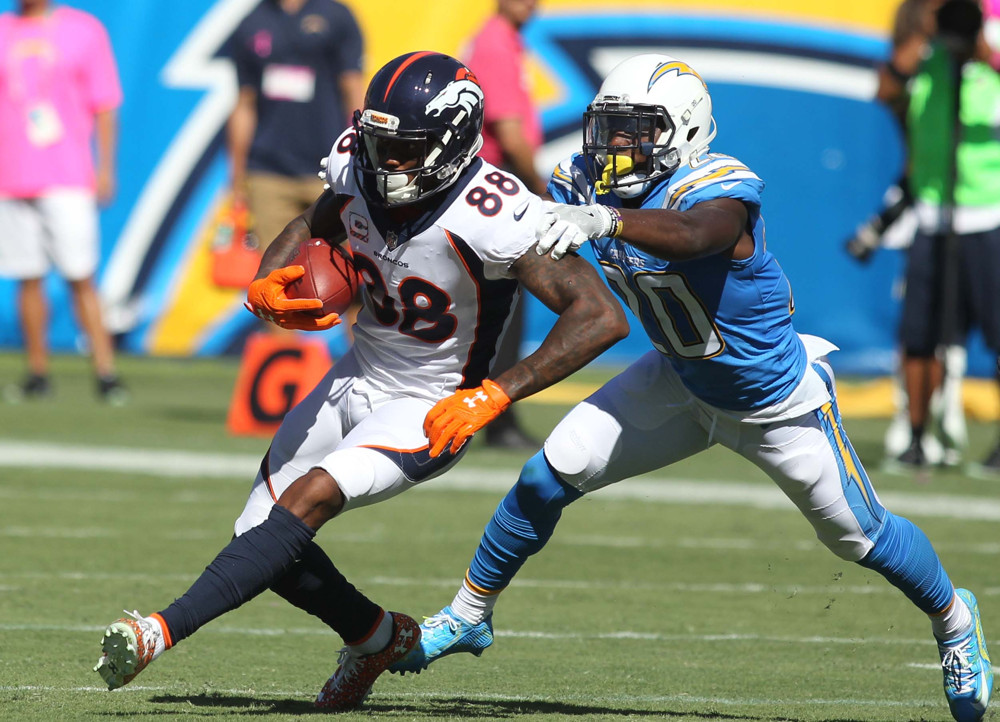 Thomas has struggled to get going this season, and the entire Broncos offense has gone missing with only 26 points the last three games against the Raiders, Giants, and Chargers. Opposing defenses are backing off and begging Trevor Siemian to beat them and he hasn't been able to do it, and now Denver goes on the road to Kansas City for a Monday Night showdown. But the Chiefs are coming off two straight losses in which they allowed a whopping eight TDs to wideouts. Thomas has yet to find the endzone despite seeing 50 targets this season, but this would be a great game for some regression.

Garcon has been a steady option in PPR leagues with 5.4 receptions and 69 yards a week giving him a nice steady floor. He's been one of the league's leading target men with 63 targets already, and now he heads to Philadelphia where the Eagles have already allowed 101 catches to opposing receivers, more than any other team. They also allow the second most yards to receivers. Garcon is ranked #22 among receivers but he has his usual high floor this week along with a high ceiling too.

Benjamin had a slow start to the season but the wheels have been turning the last four weeks with 14, 15, 18, and 9 points a week in PPR leagues. Benjamin has only found the endzone once this season and is due for a positive regression, and Tampa is the perfect opponent to do that against. The Bucs allow 16 wide receiver receptions and 215 WR yards per game, both highest among all teams. Benjamin has enjoyed playing the Bucs in the past, averaging six catches and 90 yards a game with a TD every two games. He could be in for a top ten week here.

Sanu is the clear WR2 for the Falcons in snaps and targets, and he's back healthy after an early season injury. Sanu is averaging eight targets a week when healthy, and his means he's always a threat to score a touchdown any given week. The Jets defense has been kind to opposing wideouts, but especially to second receivers where they've allowed seven of their eight WR touchdowns. Julio Jones is sure to command plenty of New York's attention like he always does, so Sanu should roam free. He's ranked outside the top 30 but should be a strong play.

Jamison Crowder WAS vs Dallas

Crowder has really struggled to get moving this season, hitting five points or higher only twice so far with only one double-digit game. He's not seeing the targets he had a year ago, and Washington has openly talked the last two weeks about trying harder to get him the ball. A matchup with the Cowboys could help get him back on track. Dallas has allowed the sixth most points per game to opposing receivers and Crowder has been successful in past outings against the Cowboys. He had 14 catches in two games last year and averages 66 yards and 0.5 TDs a game for his career. He could be a sneaky start if you're in the weeds.