Kelvin Benjamin's fantasy value is measured by the players he could be traded for. Our trade analzyer estimates his value at 0 points.

Kelvin Benjamin is projected for 0.0 fantasy points in PPR scoring this week as he faces the Cleveland Browns.

Benjamin announced his intention to retire from the NFL after being released by the Giants on July 28, Jordan Raanan of ESPN reports.

Analysis: Benjamin spent his brief stint with the Giants attempting to revive his NFL career by converting to tight end, but it appears that those aspirations are over. The 2014 first-round pick last saw game-action in 2018, when he appeared in 15 games between the Chiefs and Bills. 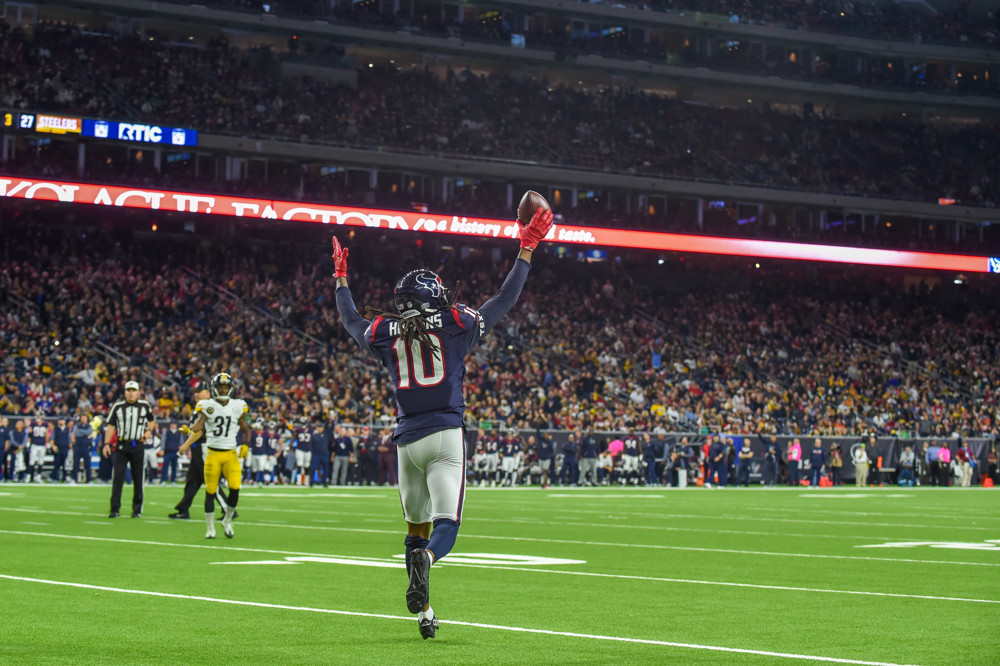 Our next dynasty rookie is perhaps the best WR in the 2020 NFL draft: CeeDee Lamb. The Junior from Oklahoma put together quite a career...
Read more »

Should I start Kelvin Benjamin?

Kelvin Benjamin was born 5 February, 1991, in Belle Glade, Florida. He attended Glades Central High School, where he participated in football, basketball, and track. Benjamin only played football for three years in high school, playing as a wide receiver. He was named First Team All-Palm Beach County by Sun-Sentinel, as well as being selected to the Palm Beach Post All-Area First Team. Only playing in eight games, he had 31 catches over 551 yards, and six touchdowns during his senior year. Considered a four-star recruit, Benjamin ranked 7th for wide receivers, and 60th overall in the nation.

Benjamin attended Florida State University, having turned down scholarship offers from Auburn University, University of Florida, University of Miami, Virginia Tech, and others. As a freshman, Benjamin was one of seven FSU receivers with 20 or more catches, and was ranked fourth on the team with 30 receptions for 495 yards. He was second on the team for touchdowns with four, and posted single-season best marks of five receptions and 77 yards. His 2013, and final, season with the Florida State University Seminoles had him ranked as one of the most physically gifted receivers in the nation. He led the ACC with 15 receiving touchdowns, tying third in the nation, and averaging a touchdown every 3.6 catches, second in the country among wide receivers. In the VIZIO BCS National Championship game, Benjamin scored the winning touchdown on a 2-yard grab with 13 seconds remaining in the game. He also finished the Rose Bowl in Pasadena, California with four receptions for 54 yards versus Auburn. Benjamin also set a new career mark in almost every statistical category against the Florida Gators, finishing with nine catches for 212 yards and three touchdowns; his 212-yard performance was the best by a receiver in the ACC, and eighth best in Seminole history. He was selected First Team All-America by SI.com, to the All-ACC Second Team by the coaches, and All-ACC Third Team by media.

In the 2014 NFL Draft Combine, Benjamin was selected as the 28th pick in the first round by the Carolina Panthers. His 40 time was 4.61 seconds, and his vertical leap was 32.5 inches. His complete draft profile can be viewed here.

In August 2015, Benjamin suffered a torn ACL during a joint practice with the Miami Dolphins, causing the Panthers to put him on injured reserve for the remainder of the season

During the 2016 season, Benjamin caught 63 catches, with 941 receiving yards, and seven receiving touchdowns.

Benjamin does maintain a semi-regular presence online, posting pictures and videos to Twitter, Facebook, and Instagram, and responding to fan messages, and sharing content. His Twitter handle is @kelvinbenjamin, and his Instagram is @kb13zone. Benjamin has a daughter named Kelyiah, whom he often shares pictures of on his Instagram. Benjamin is signed to a four year contract with the Carolina Panthers, worth $7.66 million, including a $3.89 million signing bonus, $6.19 million guaranteed, and an average annual salary of $1.91 million. The NFL shop has his jersey and autograph for sale online at http://www.nflshop.com/Kelvin_Benjamin_Gear.