Four Tight Ends That Will Lead the Way in Week 9 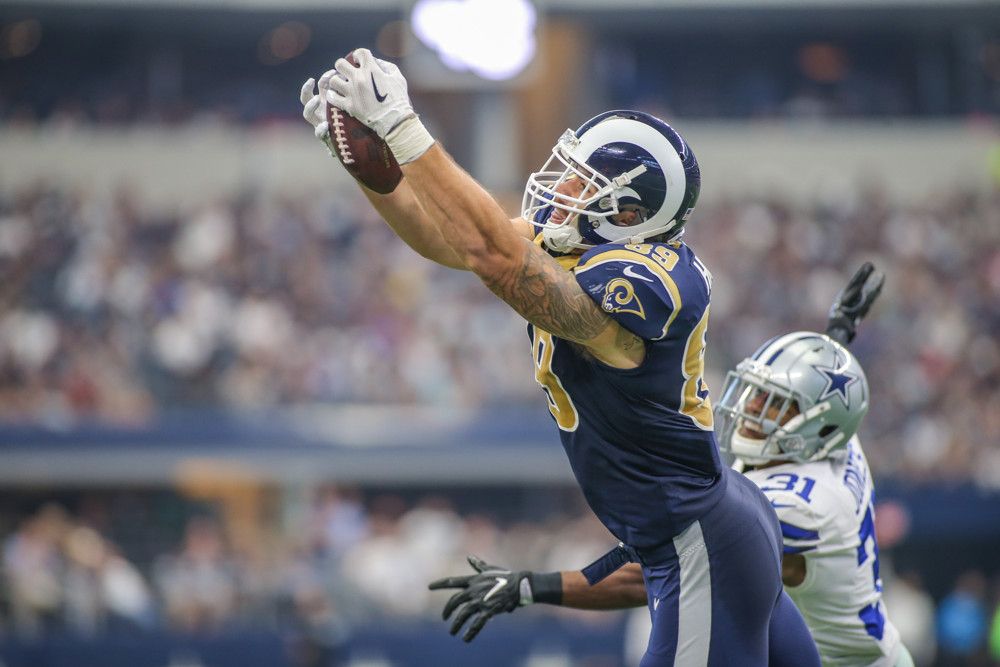 Who?! Tyler Higbee was slow to find his sea legs for the powerful Rams offense, but he's become a clear snap leader for them at tight end and has 11 catches over the last four weeks. That may not sound exciting to you on its own, but any starting tight end against the Giants is a top five play at this point. New York is laughably bad against tight ends with over 20 points per game allowed to that position in PPR leagues. That includes eight TDs allowed to tight ends, at least one every week the Giants have played. Heck, New York was on its bye last week and probably still managed to give up a tight end touchdown.

Be sure to check the injury status of Walker to make sure he's playing, but get him in your lineup if he does. Baltimore has allowed six touchdowns to opposing tight ends, second most of any team in the NFL. Walker has yet to find the end zone this season but is the tight end with the most regression to the mean coming in the touchdown department, and he could get things started this week. Even in a disappointing year, Walker is on pace for 73 catches. If Walker does miss, Jonnu Smith has flashed talent and makes a good plug and play, and he's a great way to go against the grain this week.

Cook has flashed potential for years, but this is shaping up to be his most complete season yet. Cook continues to see a huge target share for Oakland and has his two best games of the season the last two weeks. Miami has allowed 45 receptions to tight ends, third most in the NFL. Jared should "cook" this defense and give you someone to root for Sunday night.

Kroft has quietly become a reliable back end tight end fantasy starter since Tyler Eifert went out for the season. He's had at least four catches in four straight games and has already recorded three touchdowns, and the Jaguars stingy defense has a bit of a soft spot against tight ends. They've allowed at least seven points to a tight end in all but one game, and Kroft could hit double digits here.