Delanie Walker's fantasy value is measured by the players he could be traded for. Our trade analzyer estimates his value at 0 points.

Delanie Walker is projected for 0.0 fantasy points in PPR scoring this week as he faces the New York Giants.

Analysis: Walker was out of the league in 2020, after a pair of right ankle injuries limited to eight total games and 267 receiving yards between 2018 and 2019. The tight end reportedly started training for the 2020 campaign and received interest from multiple teams, but he never ended up signing anywhere -- a decision that may have been related to the COVID-19 pandemic. In any case, Walker will turn 37 in August and might need to compete for his roster spot even if he finds a contract with some guaranteed money. He was 33 years old the last time he had a productive fantasy season, with a 74/807/3 receiving line in 2017 marking his fourth straight year reaching 800 yards. 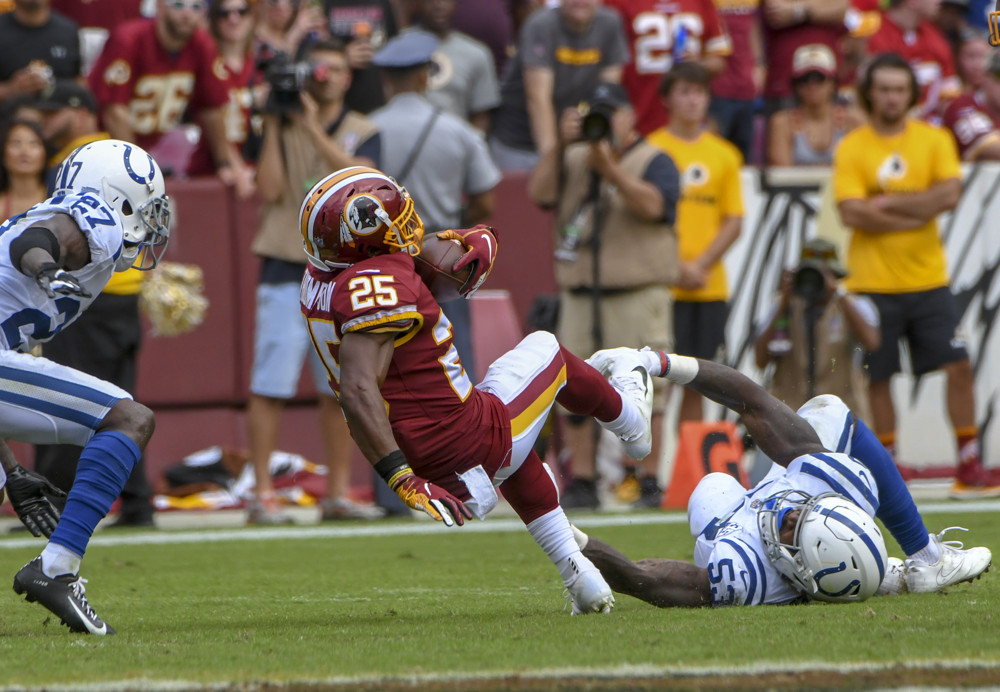 Your draft is done and you are excited about the season. But, you have a nagging feeling that you are a little thin at a couple skill...
Read more »

Should I start Delanie Walker?

Delanie Walker is currently a tight end with the Tennessee Titans and a player who has seemingly only gotten better with age. During his high school career, he earned first-team All-Region, All-Division, and All-San Gabriel Valley Honors as a senior at Pomona High School. He was also chosen as the Miramonte League "Offensive Player of the Year" twice for his skills.

Walker had an interesting college career due to the number of schools he attended. While he initially committed to Texas-El Paso as a tight end, he felt uncertain about his academic skills. So he enrolled at Mt. San Antonio Community College. While here, he was ranked seventh in a "Top 101 Players" poll by JCFootball.com.

He started nine games, catching 50 passes for 699 yards while scoring eight touchdowns. His community college career highlight was likely a playoff game against Fullerton CC in which he pulled down 14 catches to score five touchdowns.

After finishing here, he enrolled at Central Missouri in 2004. He had a very successful career, earning All-Mid America Intercollegiate Athletic Conference nods. He had 48 receptions for 623 yards and four touchdowns. As a kick returner, he scored two touchdowns to tie the school record.

The most impressive statistic for Walker highlight his short time at Central Missouri. While he played just two seasons before entering the draft in 2006, he ranks ninth in the school with 2,578 all-purpose yards. His college highlights can be found here.

Walker entered the 2006 draft as something of an unknown, due to his time in community college. While he put up impressive numbers at both colleges he attended, his name wasn't thrown around much. This was in spite o impressive combine results. His 40 time was 4.49 seconds, his 20 time 2.68 seconds, and his 10 time 1.65 seconds. Even more importantly for the receiver, he had a vertical leap of 36.5 inches.

In spite of his solid combine results, Walker was drafted late by the San Francisco 49ers as the 175th overall pick in the sixth round. In 2008, he was re-signed to a three-year deal that gave him a $6,000,000 salary extension.  After this deal concluded, he signed with the Tennessee Titans in 2013 and is currently on a two-year $13,375,000 contract.

Walker's rookie season in 2006 was limited to just seven games for two catches worth 15 yards. In 2007, he was used in all 16 games and caught 21 passes for 174 yards and his first career touchdown. Next season saw a dip in his catches, with just 10, though he did have 155 yards for one touchdown.

While solid in San Francisco, Walker seemed to catch his stride with the Titans. His 2013 debut season saw him pull down 60 catches for a then career-high 571 yards and six touchdowns. 2014 was even more impressive, as he caught 63 passes for a 890 total yards and four touchdowns.

In 2015, he and quarterback Marcus Mariota locked into a groove as he joined the 1,000 yard club with 94 catches in 15 games for 1,088 yards and six touchdowns. During the Titans surprisingly consistent 2016 season, he pulled down 65 catches for 800 yards and a career-high seven touchdowns. NFL highlights can be found here.

Walker's personal life has often been wrapped up in tragic circumstances. In 2013, his aunt and uncle were killed in a car crash after attending the Super Bowl.  That said, he is a respected teammate renowned for his hardworking nature. His Twitter account showcases a very team-oriented player totally dedicated to the Titans.