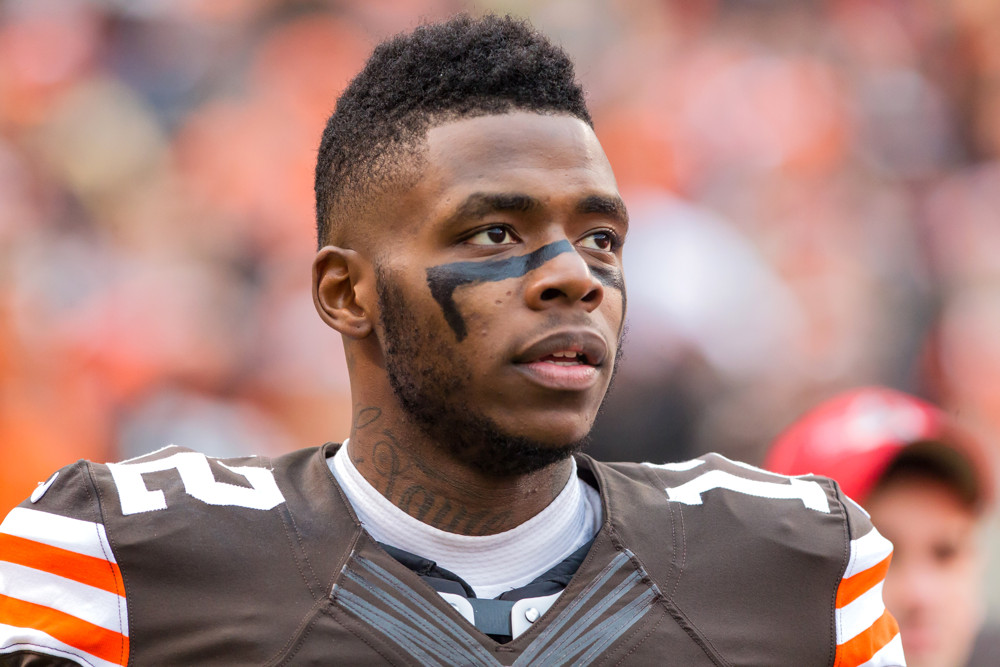 Josh Gordon is in the news again. This time, he is applying for reinstatement to the NFL.

Gordon is a tantalizing fantasy player, with no limit to his upside. For those that need a reminder, he had a tremendous 2013 season where he recorded 87 receptions for 1,646 yards and 9 touchdowns. And that was all in just 14 games, and with below-average quarterback play from the Browns.

His average draft position has been rising in the past month, and he's now being drafted in the 11th round in 12-team standard mock drafts: 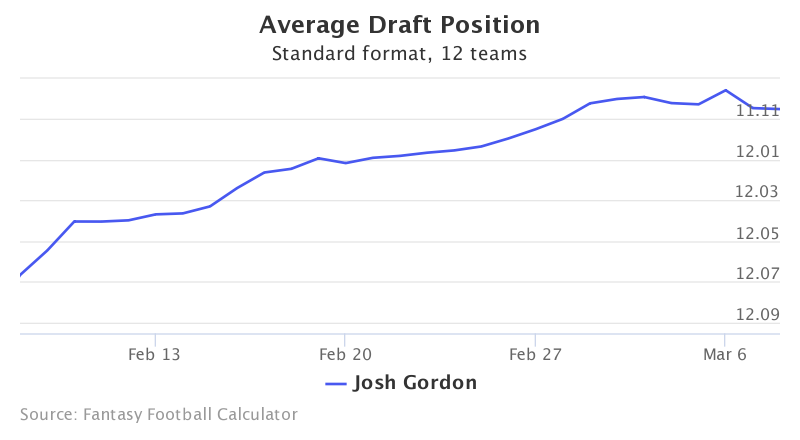 As a late-round flyer, many fantasy owners are looking to capture some of the ridiculous upside from 2013. However, he is 4 years removed from that amazing fantasy season. There is no guarantee that he will be the same player that he had been. That much time away from football can't be ignored.

Assuming he is reinstated, which is no guarantee, the bigger question is: what team will he play for? The Browns have indicated that they are done with him and may cut him.

There are a lot of unanswered questions with Gordon. It appears that the cost-benefit tradeoff between his risk and reward has balanced out to an 11th round pick for most fantasy players. It is likely that his value rises or falls between now and the start of the season as more information becomes available.