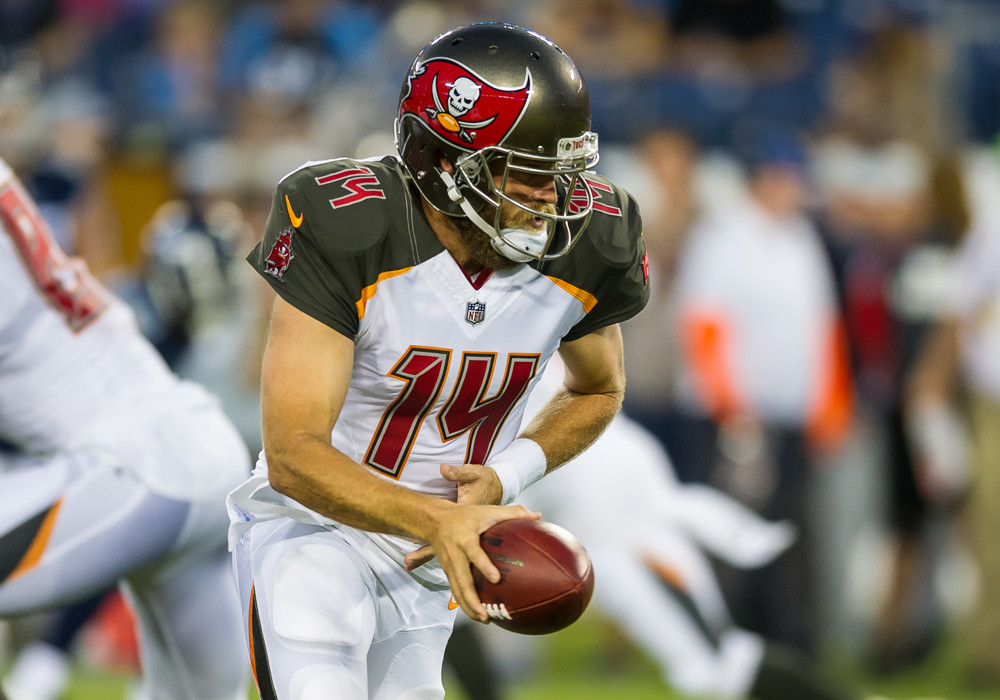 We are off and running! Let's take a look around the league at the best and worst fantasy performances from Week 1.

Ryan Fitzpatrick was the star of Week. The 35-year-old journeyman lit up the Saints with 417 yards on just 21 completions, tallying 4 touchdowns by air and 1 on the ground. He'll be a hot pickup in most leagues. Drew Brees and Philip Rivers each went over 400 passing yards with 3 TDs. An impressive nine different quarterbacks threw at least 3 TDs on Sunday. Patrick Mahomes threw four in his second career start.

Road Ben Roethlisberger struck again, throwing up a monster dud in a tie in Cleveland. Big Ben had just one TD to go along with five turnovers. Matt Ryan and Nick Foles did not get the season off to a roaring start on Thursday night. The duo combined for just 368 yards, and neither threw a touchdown. Deshaun Watson also disappointed in his first game back.

James Conner was the hot play with LeVeon Bell holding out, and he did not disappoint. Conner had 36 touches, every Pittsburgh RB touch, and piled up 192 yards with a pair of touchdowns. He was bested only by Alvin Kamara, who shredded the Bucs for 9 catches and a trio of touchdowns. Saquon Barkley was the only runner other than Conner over 100 rushing yards thanks to a late 68-yard touchdown run. Adrian Peterson also piled up numbers for Washington, with 166 combined yards and a TD in a clear bell-cow role.

Kareem Hunt was a major disappointment for a Chiefs team that scored 38 points. He had only 49 yards on 16 carries and didn't get a catch, and he saw two one-yard TDs vultured by Patrick Mahomes sweep passes. David Johnson saved his day with a late touchdown, but only nine rushes and a near home shutout against an average Redskins team is worrisome. Derrick Henry was a dud with 26 rushing yards and saw Dion Lewis star in a weird Titans Dolphins game.

Michael Thomas was a monster as the Saints played behind all game. He had 16 catches on 17 targets for 180 yards, leading the league in each category. Julio Jones was huge in the opener with 10 catches for 169 yards, though his day could have been even bigger. The biggest star of the day was Tyreek Hill, who racked up three touchdowns, including a kick return on his first touch of the season. DeSean Jackson and Kenny Stills were big flex plays. They each caught two touchdowns and went over a hundred yards, rewarding owners who took a chance on them.

Chris Hogan was every fantasy analyst's favorite sleeper, but he's still sleeping for now. He had just one catch for 11 yards. Kelvin Benjamin got 7 targets but caught just one of them for 10 yards. Marquise Goodwin and Doug Baldwin were marquee names that disappointed, each missing a chunk of the game injured.

The first tight end off the draft board did not disappoint, as Rob Gronkowski scored the first Sunday touchdown of the season along with 7 catches, four of them for 20+ yards. George Kittle was a great play with 5 catches for 90 yards, though he saw several other big potential plays go right through his fingertips.

There was no shortage of disappointments among the big fantasy tight ends in Week 1. Travis Kelce caught only one ball for 6 yards, and Trey Burton had one catch for 15. Both of those guys saw 6 targets but couldn't convert on big nights from their offenses. Evan Engram was also a dud with 2 catches for 18 yards.