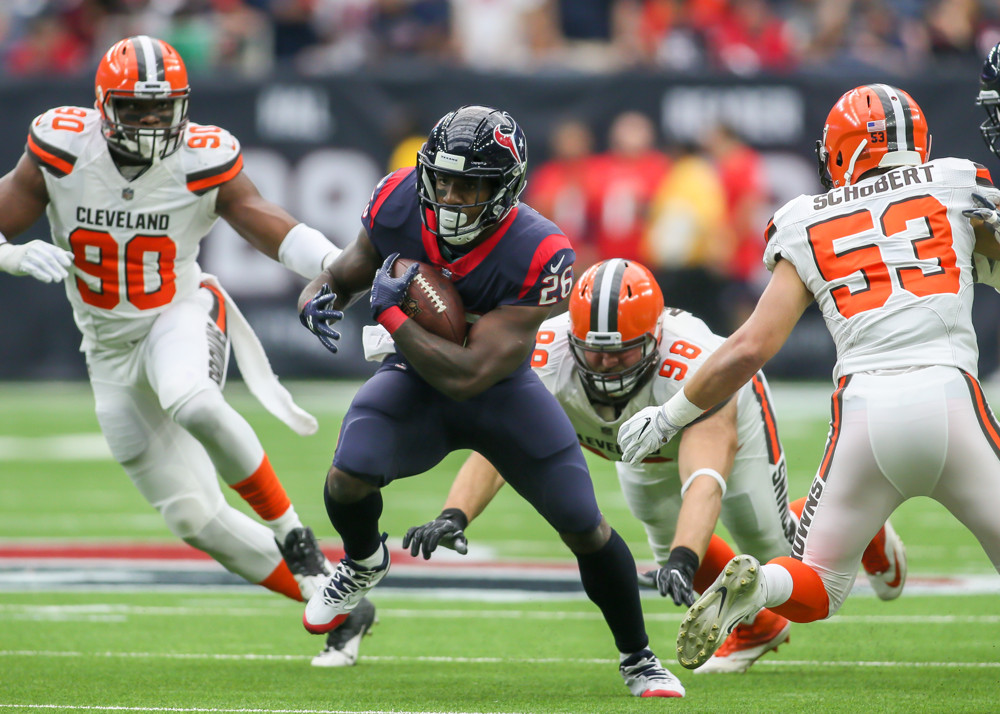 Damarea Crockett Has moments in ugly loss: Crockett rushed three times for 27 yards and caught his lone target for five yards in Saturday's 34-0 loss to the Cowboys in preseason Week 3.

What it means: Houston's running backs take on a greater focus in the wake of the knee injury Lamar Miller suffered on the Texans' second play of the game. Crockett busted off runs of 15 and 11 yards, showing significant burst in the backfield. The early indication is that Miller's suffered a significant knee injury and could miss the entire season. That means Duke Johnson is expected to serve as the top back, leaving a host of lesser-known backs vying for the backup spots.

Darren Sproles Does not play Thursday: Sproles did not play in Thursday's preseason loss to the Ravens.

Our take: Sproles has not seen a snap in the preseason, and it will almost certainly stay that way as the team looks to keep the 36-year-old healthy for the games that matter. He'll fill his typical change-of-pace role alongside Jordan Howard and Miles Sanders. Corey Clement and either Wendell Smallwood or Josh Adams will likely fill out Philadelphia's running back depth chart.

Justin Jackson Six touches in preseason loss: Jackson rushed five times for 13 yards and brought in his only target for four yards in the Chargers' 23-15 preseason loss to the Seahawks on Saturday.

What it means: Jackson saw a solid workload in anticipation of an expanded role to open the regular season. The 2018 seventh-round pick will serve as Austin Ekeler's backup if Melvin Gordon is unavailable for the regular-season opener due to his contract holdout as expected, meaning that Saturday's touches may well have been Jackson's last of the preseason.

It's possible to track the change in Justin Jackson's fantasy value over time by looking at where he's drafted. According to the latest PPR average draft position data, he's being drafted in at the 11.02 spot. 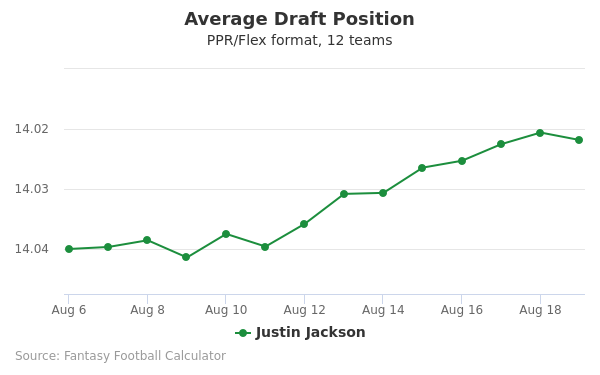 Austin Ekeler Solid performance in preseason loss: Ekeler rushed four times for 11 yards and brought in two of three targets for 22 yards in the Chargers' 23-15 preseason loss to the Seahawks on Saturday.

Fantasy impact: Ekeler was thoroughly stymied on the ground save for one carry, a nine-yard run. However, he also notched an impressive 17-yard grab in what was likely his final tune-up for the regular season. The third-year pro increasingly appears set to start the season as the Chargers' No. 1 running back with Melvin Gordon still holding out, although backfield mate Justin Jackson should also see a solid complementary workload while Gordon remains out.

It's possible to track the change in Austin Ekeler's fantasy value over time by looking at where he's drafted. According to the latest PPR average draft position data, he's being drafted in at the 6.02 spot.

Watch out to see if Ekeler's value changes in light of this update.

Matt Breida Chief offensive producer in win: Breida ran for 44 yards on seven carries, adding two receptions for 31 yards and a touchdown during Saturday's 27-17 preseason win against the Chiefs.

What it means: The 24-year-old back made his 2019 preseason debut last week against the Broncos, but didn't make the offensive impact we grew accustomed to seeing last year when he racked up 1,075 scrimmage yards and five total touchdowns. Breida's former Georgia Southern teammate, Jerick McKinnon continues to battle his way from an ACL injury suffered last summer, leaving early-season first-team carries up for grabs between him and free-agent signing Tevin Coleman. Breida's grown tremendously more efficient from his rookie campaign when he averaged an already-respectable 4.4 yards per carry, picking up his output to 5.4 yards per rush over his past 16 regular and preseason contests.

Up until now, Matt Breida has been drafted at the 9.09 in PPR leagues.

How much this impacts Breida remains to be seen. 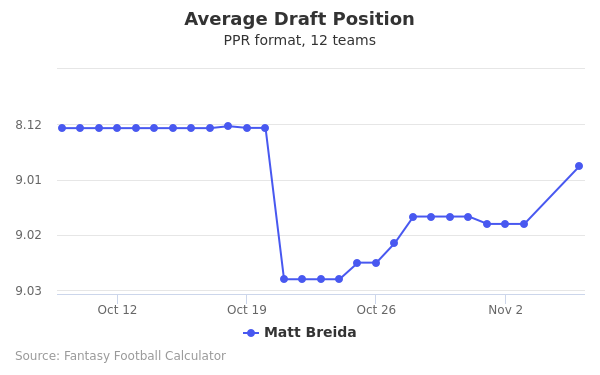