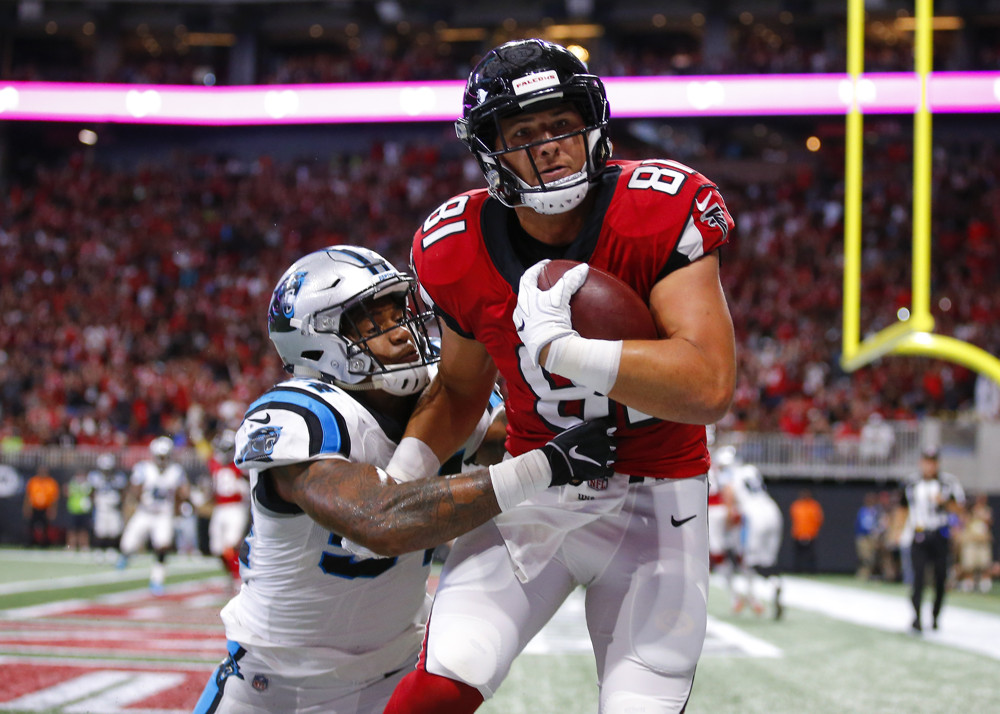 What it means: Entering the fourth and final season of his rookie contract, Hooper was held out of June minicamp with a minor ankle injury. It isn't clear if the Falcons are interested in signing him to an extension, considering they recently completed big deals for DT Grady Jarrett and LB Deion Jones (foot) and now need to hammer out a new contract for Julio Jones (foot). Hooper's spot atop the depth chart is unquestioned, while his future with the team is far less secure.

It's possible to track the change in Austin Hooper's fantasy value over time by looking at where he's drafted. According to the latest PPR average draft position data, he's being drafted in at the 10.06 spot. 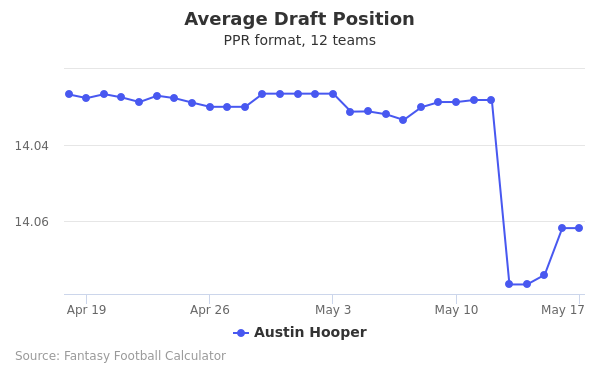 Trey Burton Ready for practice: Burton (sports hernia) should be available Friday when the Bears hold their first practice of training camp, Dan Wiederer of The Chicago Tribune reports.

Fantasy impact: Burton had offseason surgery after missing Chicago's playoff loss to the Eagles in January. He's locked in as the top pass catcher at tight end, but the Bears' improvement at other positions will make it tricky for the 27-year-old to take a big step forward from last year's 76 targets. Burton had a 72 percent catch rate and 7.5 YPT, but he topped 40 yards just three times, with each instance occurring in the first six games of the season. He averaged 3.0 catches for 24.4 yards and 0.2 touchdowns on 4.3 targets over the final 10 weeks.

The fantasy value of Trey Burton is measured by his average draft position (ADP). The graph below shows how it's trending in the latest mock drafts . In recent drafts, Burton's current ADP is 13.06

How much this impacts Burton remains to be seen. 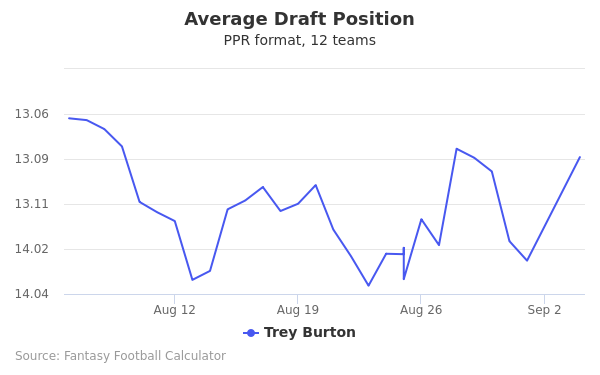 Our take: It's unclear what the injury is that called for Warring's placement on the NFI list, as he didn't have an injury designation when the Texans selected him in the third round of the 2019 NFL Draft in late April. The injury comes at an unfortunate time for the San Diego State product, as he battles Ryan Griffin and Jordan Thomas -- who each worked their way into Houston's passing attack by the end of last season -- for a consistent role in the offense.

Dwayne Allen Heads to PUP list: Allen was placed on the physically unable to perform list by the Dolphins on Sunday.

Our take: Allen was unable to participate in any offseason work dealing with an undsiclosed injury, and will head to the PUP list as training camp nears. Given the injury designation and lack of details regarding Allen's health, it's unclear how long the veteran could be out for. The good news for the tight-end is that he can come off the list at any time.

Fantasy impact: Butt participated in a few snaps of 7-on-7 work late last week. The team appears to be taking it slow with Butt as he works his way back from the third ACL tear in his career. He's competing for a backup tight end role with the Broncos and he'll look to get back on the field soon to avoid falling behind others at the position.