Landry secured six of eight targets for 75 yards and a touchdown in the Browns' 21-16 win over the Bengals on Sunday.

Analysis: Landry paced the Browns in receptions, receiving yards and targets while serving as Week 18 starter Case Keenum's primary security blanket. The veteran possession receiver battled some injuries in 2021, but he finished the campaign with a solid 25-325-2 line over his last five games. Assuming the Browns do opt to hold on to the 29-year-old for 2022 despite his sizable salary, he figures to once again serve as an important component of the air attack, albeit with a likely new No. 1 receiver. 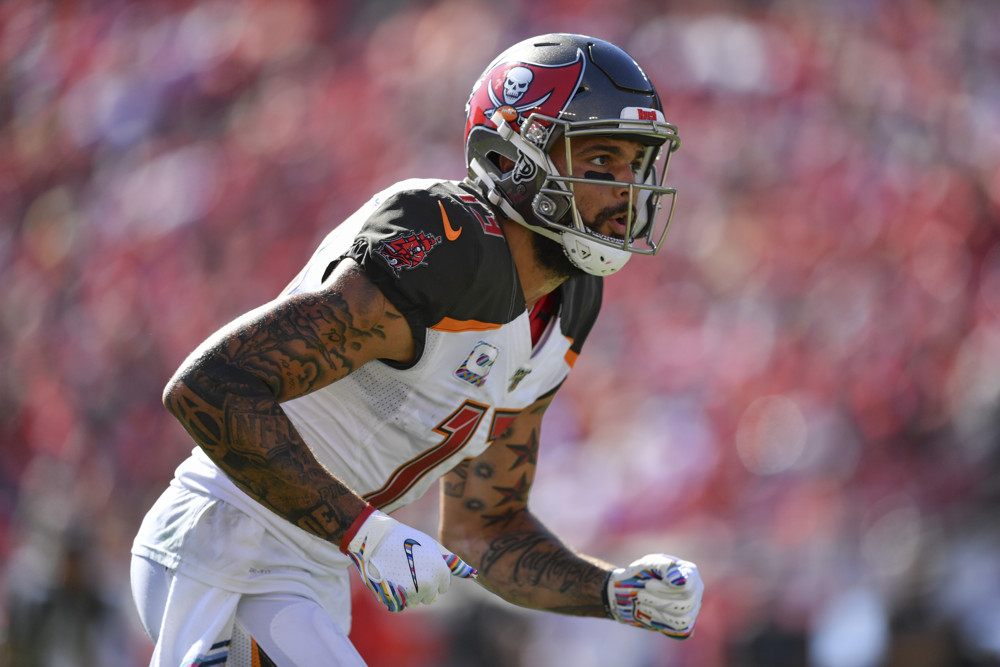 Your FanDuel values and busts for NFL Week 10.
Read more »

Should I start Jarvis Landry?

Jarvis Landry was born on November 28, 1992 in Convent, Louisiana. Raised by a single mother, Dietra, and an older brother, Gerard, Landry was a multi-sport athlete in high school playing football, baseball and running track at Lutcher High School. In his senior year Landry was selected to play in the 2011 Under Armour All-America Game where he had 8 receptions for 70 yards and 1 touchdown. Landry was a 5-star recruit. He committed to playing for Louisiana State University and, according to his website, Landry ended his high school career with 241 receptions, 3,902 yards and 50 touchdowns, ranking 4th nationally as a receiver by Rivals.com and Scout.com.

After an injury sustained at summer training for LSU in 2011, Landry managed to play all 14 regular season games, earning 4 receptions for 43 yards and 11 tackles on special teams. Over his 3 years at LSU he played 40 games with 12 starts. In his junior year Landry was named to the second-team All-SEC with 10 touchdowns and 77 receptions for 1,193 receiving yards. According to LSU, Landry left as one of the most productive wide receivers in the school’s history with 137 catches for 1,809 yards and 15 touchdowns, ranking 10th in LSU history for career receptions. Landry entered the NFL Draft in 2014 after completing his junior year of college.

You can see highlights from his time at LSU here.

At the 2014 Draft, the Miami Dolphins selected Landry 31st in the second round, 63rd overall. Landry strained his right hamstring running the 40-yard dash at the Combine. His 40 time was 4.77 seconds with a vertical jump of 28.5 inches. Despite the injury, Landry recorded the most catches by a rookie for the Dolphins with 84 receptions. He had 5 touchdowns and 758 receiving yards.

During the 2015 season, Landry broke O.J. McDuffie’s franchise record for most receptions in a season by catching 110 passes for 1,157 yards and 4 touchdowns. Landry was named Co-MVP for the Dolphins and was selected to play at the 2016 Pro Bowl. In his first two seasons in the NFL he set the record for most receptions with 194. That year he also received a $23,000 fine for using abusive language with an official in an October game against the New York Jets.

Landry finished the 2016 season ranked 7th in receptions with 94 and 10th in receiving yards at 1,136. He made 4 touchdowns catches. He was fined $24,309 for a widely criticized blindside block against the Buffalo’s Aaron Williams. Williams was hospitalized for head and neck injuries. Landry promptly apologized as Williams was led off the field. ESPN quoted Landry as having said to Williams, “‘I apologized…. I just told him to get better. You never want to see that happen to anybody…. If I could take that hit back, I would. It's a guy's livelihood.’”

Landry was selected to play in the 2017 Pro Bowl as a replacement for the Bengals' injured A.J. Green. The NFL selected Landry as one of the top 100 players in the 2016 season, ranking him at #98. View highlights of Landry’s 2016 performance here.

Landry lives in Fort Lauderdale, Florida near Dolphins offensive tackle Ja’wuan James. According to an article from SBNation, Landry writes lyrics and plays the guitar in his spare time. According to the Palm Beach Post, Landry often supports the Cystic Fibrosis Foundation because an ex-girlfriend died of the disease in 2015. You can follow Landry on Facebook at https://www.facebook.com/iamjarvislandry/, on Twitter @God_Son80, on Instagram @juice_landry, or on his website: jarvislandry.com.