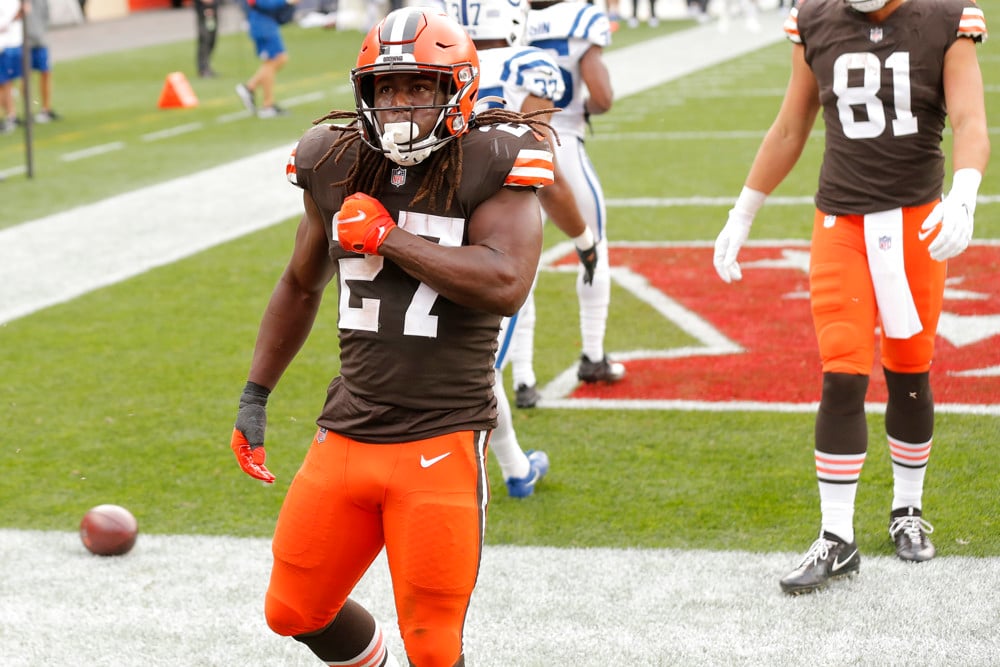 Let’s take a look at some players worth adding this week. D’Ernest Johnson – Running Back – Cleveland Browns (1% owned) D’Ernest Johnson might not be the most well-known name in football, but he probably has a good shot at starting in the NFL next week after injuries to Nick Chubb and now Kareem Hunt.  Johnson has seen the field before but has never really done much with the opportunity.  But as we all know, sometimes opportunity trumps talent in fantasy football. The Browns are a bit beat up right now, with both starting Running Backs probably out for a while, as well as Quarterback Baker Mayfield who was seen in a sling.  This offense may struggle a bit, so temper your expectations.  If you’d rather take a shot at more of a PPR guy, skip Johnson and take a shot on our next available player. FAAB: $20