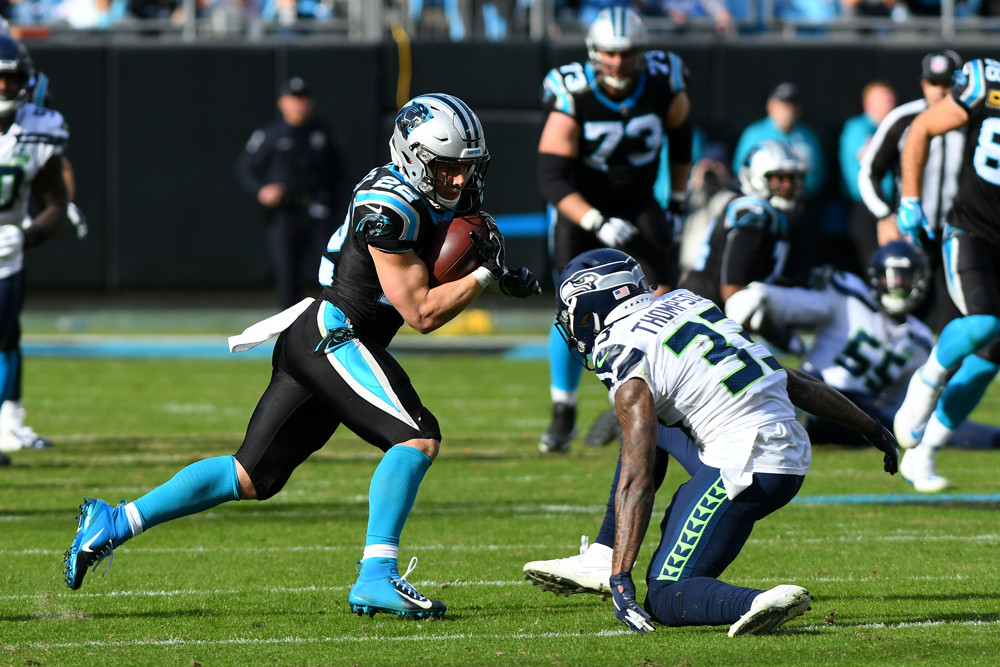 Thanksgiving football never disappoints, and Week 12 fantasy football left us with feast and famine. There were studs and duds at each position on Thanksgiving, and plenty more points to come on Sunday. Let's go around the league

Drew Brees threw 4 Thanksgiving night touchdowns, but Cleveland rookie Baker Mayfield matched him Sunday and added almost 80 yards to his total. Philip Rivers was nearly perfect, going 28-for-29 with 3 TDs. Andrew Luck had his eighth straight 3 TD game, and he and Kirk Cousins had nearly identical lines with 3 TDs and over 340 yards. Dak Prescott had 3 TDs too, one of them on the ground.

Matt Stafford was a Thanksgiving turkey, completely busting with 2 interceptions, no TDs, and only 236 yards. Division rival Aaron Rodgers was a Sunday night bust, with only one TD and failing to reach even 200 yards. Andy Dalton was so pathetic against the Browns he didn't even get to finish the game. He had only 100 yards.

Jordan Howard was a huge Thanksgiving disappointment against a bad Lions run defense with just 7 rushes for 13 yards. Adrian Peterson bummed out the festivities too, rushing for 35 yards on 12 carries. Alvin Kamara, David Johnson, and James Conner weren't complete busts Sunday, but each of them was held out of the endzone and under 100 combined yards. That's not good enough from your stud for fantasy teams fighting for the playoffs.

Owners daring enough to roll out Amari Cooper got a Thanksgiving buffet with 8 catches for 180 yards and 2 TDs. They beat out even JuJu Smith-Schuster's monster Sunday line of 13 receptions and 189 yards, including a season-long 97 yard TD. Seattle WRs Tyler Lockett and David Moore both had a hundred yards and a TD. So did the ever steady Adam Thielen, and Julio Jones had another Julio Jones outing with 11 catches for 147 yards but no TD.

Michael Thomas was a big Thanksgiving disappointment for owners who got home from early Black Friday shopping to see a huge Saints score. Thomas was left out of the fun with only 4 catches for 38 yards. That was better than Allen Robinson or Jarvis Landry did Sunday, both failing to crack 40 yards. And if you were desperate enough to try out any WR on the Ravens, Dolphins, or Raiders, you were left cold.

Zach Ertz and Eric Ebron move back to the studs category after a week off. Ebron had 2 more TDs, and Ertz had another huge week with 7 catches for 91 yards and a TD. David Njoku and Vernon Davis were also stud tight ends, each with a TD and over 60 yards.

Greg Olsen didn't do much against an old Seattle foe, recording just 2 catches for 11 yards. Jimmy Graham had 2 quiet catches too, and Trey Burton was not a difference maker on Thanksgiving with only 28 yards.