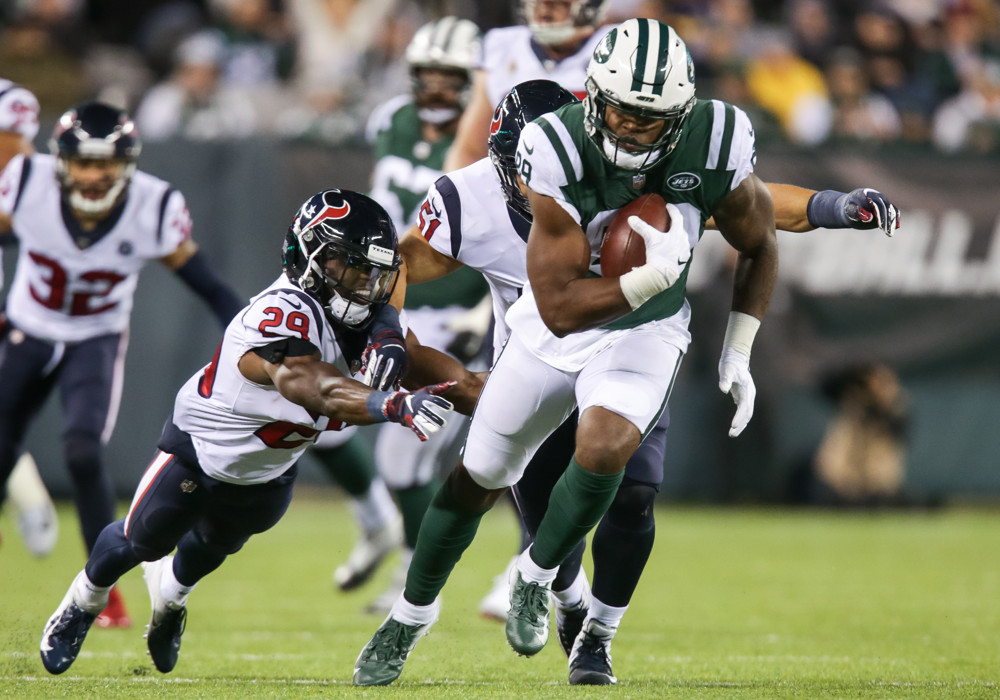 His unpredictability and two straight sub par outings has kept kept Jameis Winston's price down over, but against soft defenses, he puts up good numbers. That's were the Atlanta Falcons and 25th ranked pass defense come in. While the Buccaneers picked up his contract, it still feels like Winston is playing for his job. Expect a good enough fantasy showing to allow you to save the two grand over Mahomes.

Welcome back CJ Anderson! The guy is 27 and it feels like he's already resurrected his career three times. With Todd Gurley sitting out Week 17, Anderson will get another shot to build on his 167 yard performance against the Cardinals, with another 20+ touch day likely. Add in the fact that the 49ers are giving up the 9th most fantasy points to running backs, and this looks like an easy RB2 or flex play. Expect a heavy percentage of usage in FanDuel though.

A definite flyer choice, but it's one that is close to my heart. I LOVE me some Darren Sproles. Guy has been a game breaker for 14 years. And after missing most of the season to injury, Sproles not only returned, but saw the most touches out of the backfield in Week 16. It's going to be a mismatch of Sproles, Adams, and Smallwood for Week 17, but Sproles is likely to see at least 8 touches and his big play ability makes him a good flex upside pick.

With Emmanuel Sanders out, DaeSean Hamilton has stepped into his role as the only player Case Keenum can accurately throw to. It's not an overly lucrative role as a fantasy player, but it's certainly consistent. Hamilton has recorded over 9 targets, 6 catches, and over 40 yards in each of his last three games. Most importantly he has found the end zone twice adding to a limited upside. The Chargers are not an ideal matchup, but the Broncos will be passing a ton, so keep Hamilton on your radar.

Definitely the least sexy pick possible, but Jordy Nelson offers a very enticing floor for an absolute basement price. He's caught 29 of his 36 targets over the past 4 games, has posted 11 or more fantasy points in three of his last 4 games and draws the second worst pass defense in Kansas City. He may not win you the week, but Nelson's price is a great way to save money for better starters without losing too many points.

I love writing this blog, but I am definitely excited that this is the last time I have to try to pick a value tight end. That being said, I've been proud of my selections this year (other than that time Jared Cook put up 2 points,) and think I've got just the guy for you. It's Chris Herndon. Sam Darnold looked borderline good last week and Herndon has seen 27 targets in his last 5 games. The Patriots are below average against tight ends and lack a linebacker to run with Herndon. That and he must have a chip on his shoulder from the fact that FanDuel hasn't even updated his profile with a picture of his face. The disrespect! Look for the Pats to put it on the Jets, and for Darnold to pass at least 40 times. Enough of those should get Herndon to a good fantasy day.