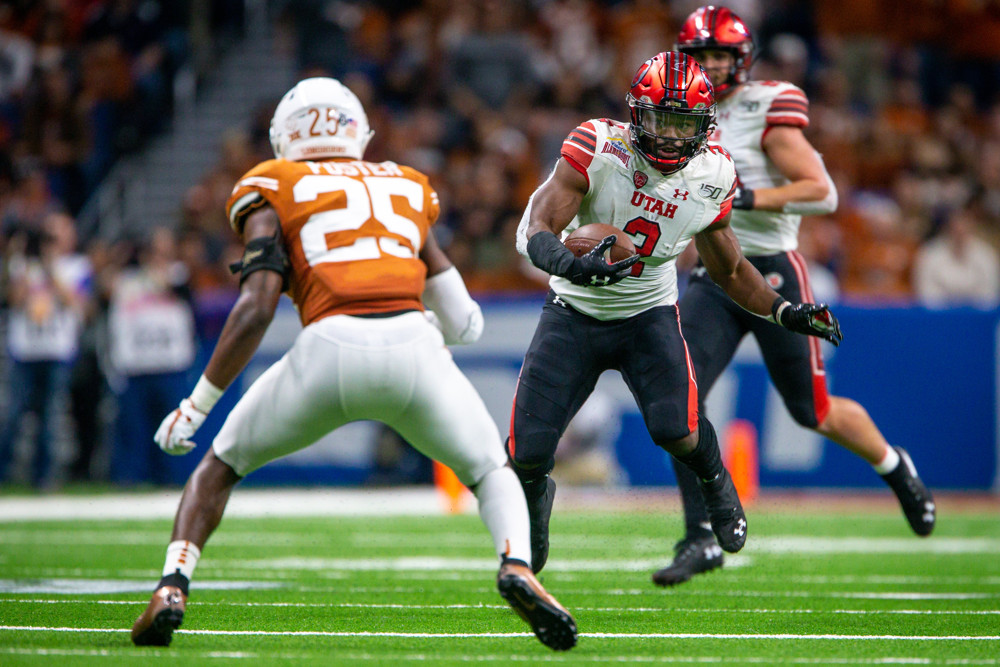 Utah running back Zack Moss is currently being considered as one of the biggest sleepers in the NFL draft, and could be a solid later pick in dynasty drafts.  Moss started for the Utes from his sophomore season on, rushing for over 1000 yards in each of those seasons. He finished his career with 712 rushes for 4067 yards and 38 touchdowns.  He also caught 66 passes for 685 yards and 3 touchdowns.