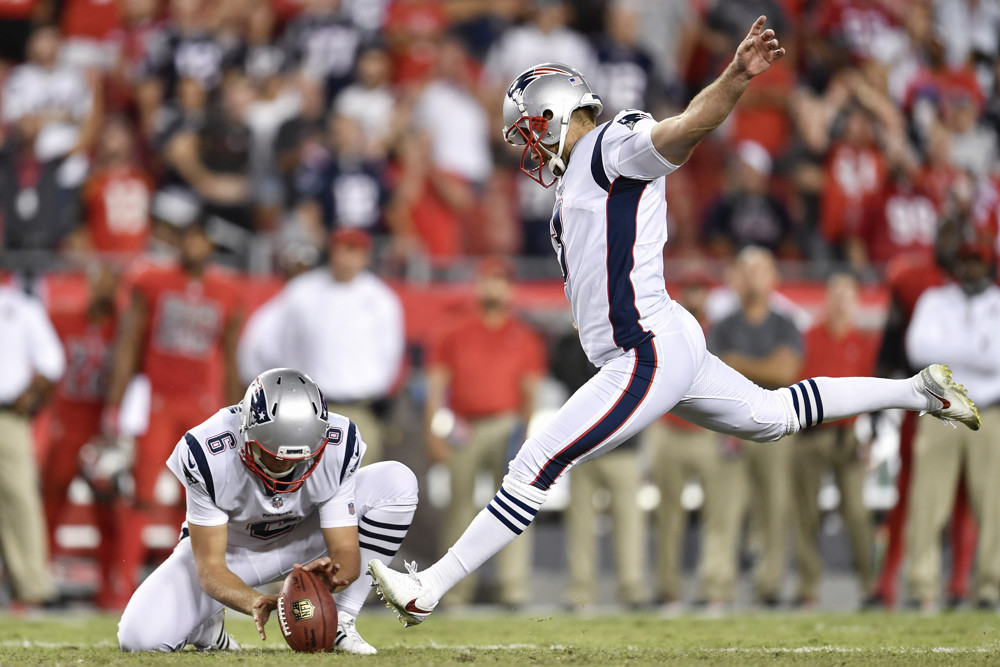 Stephen Gostkowski should be on everyone's radar for a kicker choice in week 7. He is playing at home and the Patriots project to score a lot of points against the Falcons. Considering the game will likely be a shootout, Gostkowski will get ample opportunities to kick. Not to mention, exposure to the Patriots offense always makes Gostkowski a solid investment. If you are lucky enough to have him on your team, you are rolling with him.

Ryan Succop likely won a couple of you your fantasy weeks with a big night against the Colts. And he is in for another big week against the hapless Browns. Succop doesn't have the biggest leg, limiting his upside, but is one of the most accurate kickers in the league making him a safe choice. The Titans have had some red zone troubles as well-meaning Succop could be called upon often in this game.

Greg Zuerlein is another good choice week in and week out, and this week is no different. "Legatron" has been one of the most consistent performers at the fantasy kicker position, and with Los Angeles' suddenly capable offense, he has been afforded many more opportunities in 2017. Arizona's defense has taken a step back this year and Zeurlein is at home with a favorable matchup. He also presents some of the most upside at the position with his booming leg and the complete trust of Sean McVay.

Dan Bailey has had a very slow start to the season, but that's simply a product of a Cowboys offense that has yet to get going. A perfect remedy for that issue is the San Francisco 49ers and their bottom three ranked defense. Look for the Cowboys to move the ball effectively with Bailey being a big beneficiary. He is still available in a lot of leagues and would be a great streaming choice for the rest of the season if you have an extra bench spot.

Will Lutz has been one of the most consistent fantasy kickers so far this year, scoring between 9 and 14 points each week. A trip to Lambeau doesn't seem ideal, but the Saints offense has been red hot and will afford him a number of kicks this week. One note, keep an eye on the weather, as a rainy Lambeau will make Lutz a kicker you want to avoid.