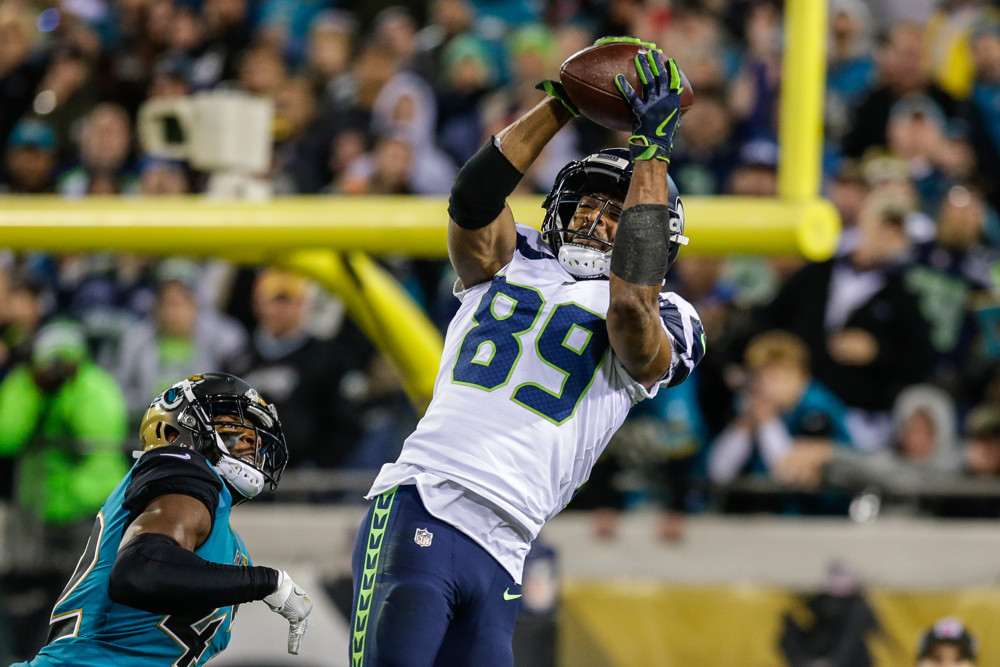 There's nothing like the preseason to send Average Draft Positions spiraling. Some players get injured and others just aren't cutting the mustard in practice or preseason games, and the draft board can look a lot different from the start of August to Labor Day weekend drafts. Let's take a look at five recent names tumbling down the PPR ranks.

Baldwin was nearly a second round pick just a month ago before an injury worry sent his value inching downward. His ADP went from the top of the 3rd round to the bottom, but reports out of Seattle are that Baldwin is healthy and ready to go, so he should be fine going forward. This guy is one of the best route runners in the league and he hasn't missed a game in five seasons. If you're drafting this weekend, you can get him as a discount before his value rebounds.

Like real life, Josh Gordon has bounced all over the place in fantasy football ADP charts. He was a mid 3rd round pick when August started before plummeting all the way to 5.04 last weekend. With news now that Gordon looks back on track, his value is starting to rebound too, but he's still far cheaper than he was a month ago. Josh Gordon is the ultimate wildcard on draft day. He's a potential league winner if he hits, but he could be a complete zero if he doesn't. That's a bit easier to stomach in the late 4th so he may be worth a shot now.

This one is subtle but perceptible, and it may be more significant in some leagues. Tate has slid from 4.07 to 4.11 over the last ten days and continues to drop amidst reports that he may not be on the field as often this season, with Kenny Golladay taking his spot in 2-WR sets. Golladay flashed as a rookie, but Tate has been a rock for half a decade, with 90+ catches in four straight seasons. If he slides much further, he could turn into a draft day steal.

It's been a pretty rough preseason for rookie running backs not named Royce Freeman or Kerryon Johnson. Rashaad Penny is hurt and has dropped from 4.05 into the 7th round. This spot could've just as easily gone to Sony Michel or Ronald Jones too, with Michel still injured and Jones looking terrible in two preseason games. Penny is officially cheaper than Seattle teammate Chris Carson now, but this is a guy that was drafted in the first round and someone many analysts were high on a month ago. If you can afford to stash him, he may be worth the wait.

Few receivers have fallen as much as Pierre Garcon, who has dropped a full two rounds in under a month. His 49ers teammate Marquise Goodwin has risen the same amount and more as he looks like the guy in San Francisco, but Goodwin has a history of concussions and has yet to put it all together in five seasons. Goodwin has the higher upside, but Garcon may be the safer pick, and he's looking like a huge value being drafted at his floor.