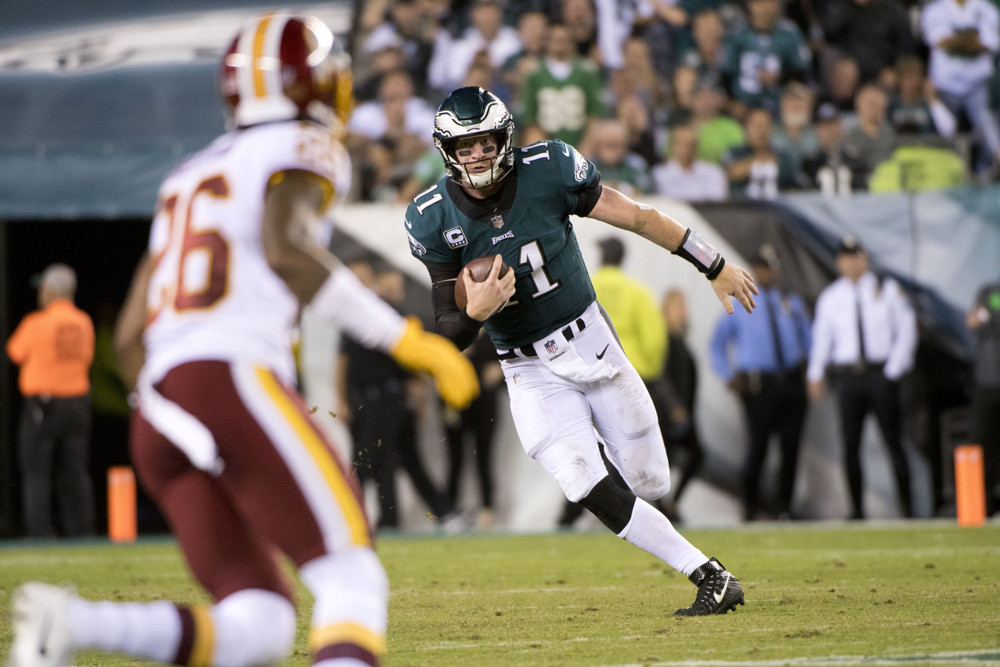 Carson Wentz, so hot right now. Seriously, he's a front runner for MVP, who saw that coming? Wentz was surgical last week against the Redskins, and even chipped in 63 rushing yards on the way to a massive fantasy day. Up next is the porous San Francisco defense which makes Carson Wentz an elite QB1 for week 8. The only fear is that the Eagles will get up too much early leading to a strict diet of LeGarrette Blount. Either way, Wentz is a must start.

Dak Prescott has quietly put together an impressive fantasy campaign so far this year, and currently sits as the fourth highest scoring fantasy quarterback. He's been asked to throw 5 more times a game from last year, and consistently provides fantasy points with his feet. The Redskins pass defense is a shell of itself without Josh Norman, and Norman looks like he will miss week 8 as well. Prescott has been remarkably consistent this year, and a soft matchup against the undermanned Redskins should afford him a 20+ point showing.

Russel Wilson has been an inconsistent fantasy option so far this year, posting three starts above 26 fantasy points and 3 starts below 15.5 points. Seattle's below average offensive line and running backs have morphed the offense into a pass first attack, with Wilson averaging 38 attempts in his last 5 games and exceeding 295 yards in three of his last four starts. Expect him to air it out again against Houston in what could easily be a shootout.

Right when it seemed like Cam Newton and the Panthers offense had it figured out, Newton throws three interceptions against Philadelphia and then lays an egg in Chicago. These two poor performances will have fantasy owners running scared, but Newton actually presents one of the best options this week. Tampa Bay's defense is getting shredded right now, allowing the third most yards per game and giving up the second most fantasy points to opposing quarterbacks. Newton's inconsistencies provide the very real chance of a bust play, but the matchup is too good to bypass.

Speaking of good matchups, hello Indianapolis! And yes, I know outside of a start against the Browns, Andy Dalton has been dreadful this year. But you know whose defense is a lot worse than the Browns? The Colts! Seriously, they are second to last in total yards and pass yards allowed, and are giving up a whopping 4.4 more points than the next worse defense. A.J. Green and the whole Bengals offense is going to have a field day. Or at the very least, put up enough points to make Andy Dalton a QB1 for this week.