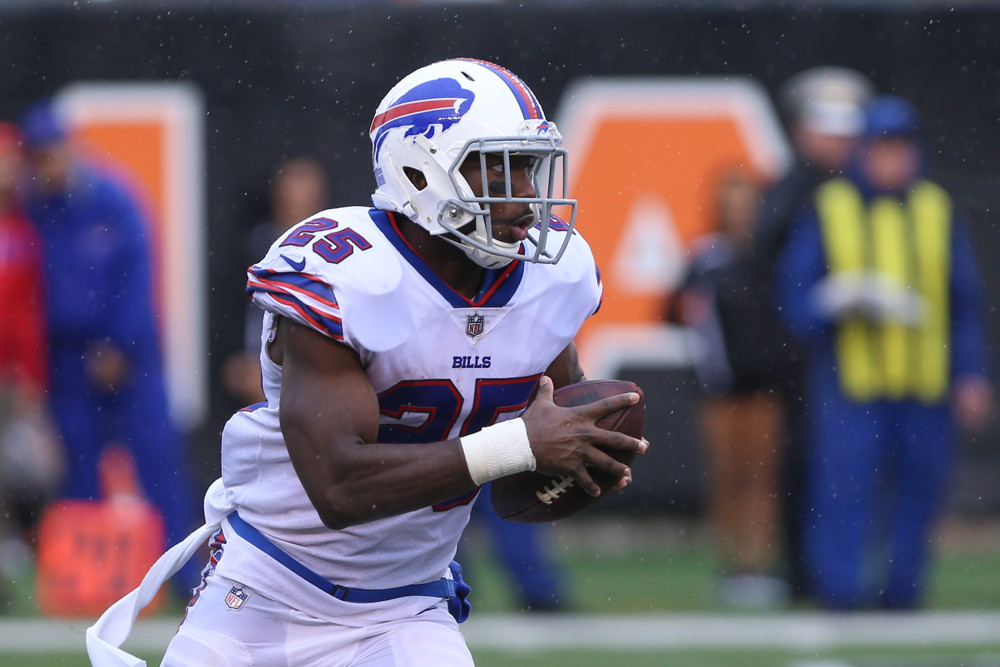 LeSean McCoy has been putting up consistent yards from scrimmage numbers all year, but he finally entered the end zone last week (twice) resulting in a huge fantasy day. He's not running for yards as efficiently as last year, but he is the center piece of the offense and averages almost 24 touches a game. The Oakland defense is a below average outfit as a whole, and with Tyrod Taylor playing his best football of the year, McCoy should be in for another productive fantasy day.

It is a weird thing to type, but the New England Patriots are the worst defense in the league. They've never been the top defense, but are consistently a top 10 unit. That's not so this year, and you should be targeting players that play them at every week. Week 8's lucky recipient is Melvin Gordon. He's running behind one of the worst offensive lines in the league, but the Patriots lack linebackers (Don't'a Hightower is now done for the season) to contain the run and have the propensity to give up the big play. Additionally, Gordon is a three down back, and even if the Patriots get ahead, Gordon should see plenty of touches to put together a big RB1 day.

Chicago's defense looks reborn in 2017 with timely takeaways and stellar performances by Akiem Hicks and Danny Trevathan. But the Saints offense is operating at an even higher level, thanks in large part to the running game. Mark Ingram is a force, and has been given the opportunities to thrive. Despite injuries, the offensive line has been a upper tier group. And Alvin Kamara has been one of the best rookies this year, operating both as a rusher and a pass catcher. The Saints are at home and expected to duplicate their game plan that has proven very effective the past two weeks, meaning that both Kamara and Ingram will be good fantasy plays.

Andy Dalton was included on the quarterback list, and Joe Mixon makes an appearance on the running back list for the same reason. The Indianapolis Colt's defense. The Patriots might be giving up the most yards, but the Colts are a close second, and giving up significantly more points. Expect a heavy dose of Joe Mixon and a RB2 floor with upside.

The Panthers rushing offense has been abysmal this season, with both Christian McCaffrey and Jonathan Stewart consistently running into walls. Gerald McCoy isn't going to help that problem, but the rest of Tampa's defense should. Additionally, McCaffrey has begun to see more early down work, signaling additional carries in the future as the Panthers look for a spark. With additional volume, a favorable matchup, and a heavy passing load, McCaffrey should be able to outpace his expectations for week 8.