Five Kickers That Will Boot You to Week 13 Victory 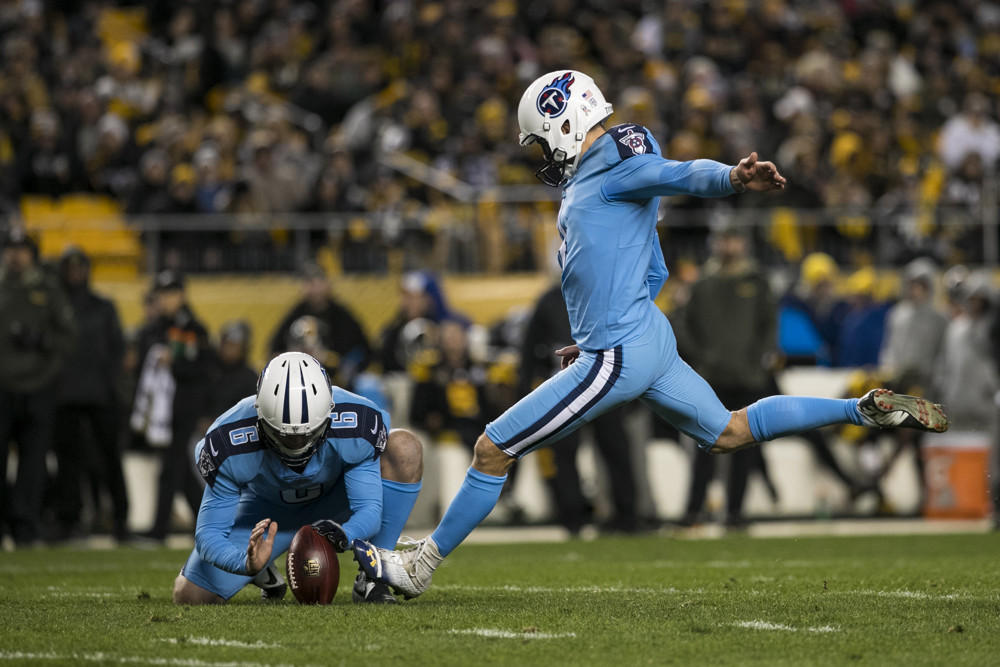 If you somehow haven't heard yet, the Giants dropped a bomb Tuesday, announcing they are sidelining longtime starting quarterback Eli Manning to start Geno Smith for reasons unknown to literally everyone. The Giants have been bad enough as it is, and it seems they'll only be worse with Geno plus all of the main runners and receivers injured. Oakland is hanging around the AFC wildcard race and should find plenty of opportunities to possess the ball and score, and the Giants have allowed among the top five most field goal attempts in 2017. The Italian could score double digits.

The last time we recommended Zuerlein, he went out and put up a whopping one point. That was only the second time all season he scored less than eight points in a game and the first time he didn't kick a field goal. He's scored at least 14 points six times, including four of his last five games, and he continues to be on pace for an NFL record 187-point season. That means Zuerlein is the top kicker any week, and Arizona is the only team in the league that has allowed opposing kickers to make every kick the entire season.

Don't look now, but the Titans would be the AFC three seed if the season started today. Tennessee has quietly gone about its business and put up plenty of points along the way, and that should continue with a key divisional battle against the Texans. Houston is one of only two teams that has allowed at least 50 made kicks, combining both extra points and field goals, and they're tied for the most points allowed to opposing fantasy kickers. That means Ryan Succop could be one of the best kicker plays of the week.

The Chiefs are in a tail spin. After a 5-0 start, they've now lost five of the last six games, and the offense is stalling out left and right. But that hasn't stopped Harrison Butker from quietly becoming one of the best fantasy kickers in the league over the last couple months. Butker is second in the NFL in kicker points per game behind only Greg Zuerlein, yet he inexplicably remains on the waiver wire in many fantasy leagues. A struggling Chiefs offense just means more field goal attempts for Butker. He's a player that can win leagues with a soft Kansas City schedule closing things out.