Five Must Play Tight Ends for Your Week 13 Matchup 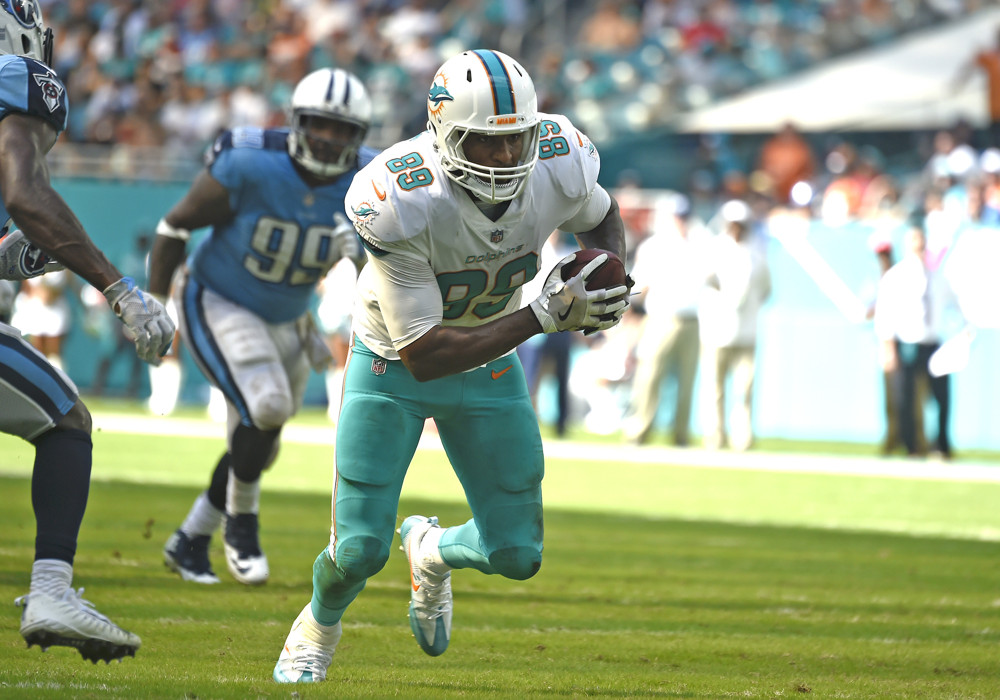 If you've done even two minutes of research on tight ends this season, you hopefully know by know that just about anyone playing the Giants is sure to be a top start for the week. Cook should be no exception. He's been a heavy target monster for Oakland all season and could see a season high in looks this week with Michael Crabtree suspended and Amari Cooper banged up. The Giants have not allowed a touchdown to an opposing tight end over the last two weeks but did so for ten straight games before that, an NFL record. Cook could have his best game of the season.

Julius Thomas looks like a nice sleeper this week, ranked outside of the top 20 with a strong chance of finishing among this week's top ten or even top five tight ends. This is something of a revenge game for Thomas, who spent several good years with the Broncos before they cut him loose. Denver's defense is nothing close to the historic unit they rolled out a year ago, and they've been especially bad against tight ends. The Broncos have allowed opposing tight ends to post top five numbers in receptions, receiving yards, and touchdowns this year, and Thomas has been hot of late. He should stay that way here.

The Dallas Cowboys have lost their way and the offense has gone missing. Part of that is the absence of Ezekiel Elliott, but the bigger problem has been the terrible play of the offensive line and a rough schedule with two games in a 100 hour stretch. Now that the line is healthy again, expect Dak Prescott to turn to his surest target against Washington, and that's his Hall of Fame tight end. Witten has seven catches in two of the three Zeke-less games, and Washington is among the top three in yards and receptions allowed to opposing tight ends.

Both Chargers tight ends have been a disappointment this year, eating into each other's time and getting in the way of either remaining a useful player. But this could be the week Hunter Henry finally pays off our patience. Henry is seeing clear starter snaps and should have some big opportunities this week against the Browns. Cleveland has allowed 69 receptions to opposing tight ends, most in the league, and their nine touchdowns allowed is just one short of the terrible Giants defense. Henry should get his chances at last.

If you really want to take a shot in the dark this week, consider Austin Traylor. Traylor bounced around the NFL on five different practice squads over the past couple seasons and doesn't even have a Wikipedia page, but he seems to have caught on in Denver with starter A.J. Derby on the injured reserve. Traylor has five catches for 70 yards the past two weeks, and his nine targets is third on the team during that span. He is the Denver starter, and Miami has been the worst team in the league against tight ends the past five weeks. If you want a deeper than deep sleeper this week, Traylor is your guy.