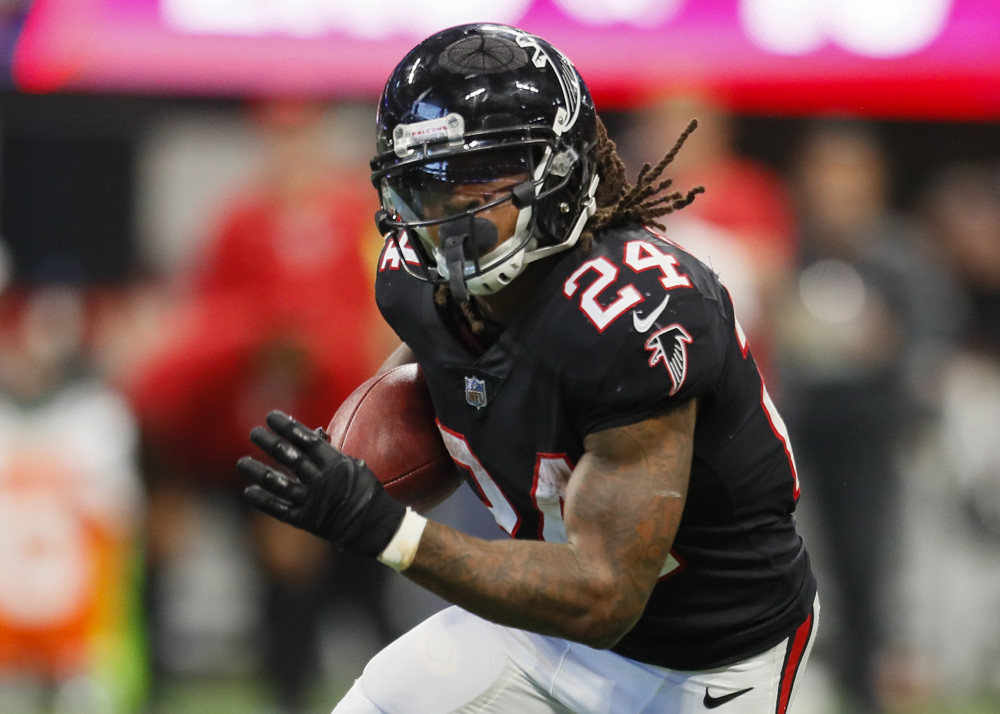 Fantasy owners are starting to get a bit gun shy with Devonta Freeman, and you can hardly blame them since he got only nine carries last week, same as Tevin Coleman. But Freeman is still playing more than twice as many snaps as Coleman, and running backs have gashed the New England defense for over a thousand yards already the first six weeks of the season. Freeman is ranked outside of the top ten, but this could be the week he breaks out in a Super Bowl revenge game the Falcons have been waiting for since February.

Welcome back Adrian Peterson! Peterson played more snaps in one game with Arizona than all his time in New Orleans combined, and boy did it pay off for the Cardinals. Peterson had a monster outing with 26 carries for 134 yards and a pair of scores, and he just looked good out there. We’ll see how Peterson holds up over the long haul, but you have to get a hot Peterson into lineups against the worst rushing defense in the league. The Rams have allowed four more points per game to opposing RBs than any other team, so Peterson could make it two big weeks in a row. He’s ranked outside the top 30 this week so he could be a huge DFS play.

The Dolphins have struggled to find any offense all season but looked like they may have found a formula against the Falcons – just hand the ball off to Ajayi, rinse, wash, and repeat. They should do more of the same this week against a Jets defense that’s bottom five in the league against opposing fantasy running backs. Ajayi has been a workhorse and looks like a top ten play this week.

Everything changed for the Bengals when they fired offensive coordinator Ken Zampese and replaced him with Bill Lazor a month ago. Since then, the offense has found a spark, Andy Dalton has played better, and the team has given more and more snaps to rookie running back Joe Mixon. Now Cincinnati had a bye week to really settle into its new offense, so Mixon could see his most touches yet against a Steelers defense that has shut down the pass game but leaked rushing yards all season. This could be his chance to break out.

Few running backs in the league are as hot as McKinnon, who has piled up 245 yards and three TDs the past two weeks as he’s taken the lion’s share of the running back duties from Dalvin Cook. Jet has given the Vikings a huge burst out of the backfield, and he’s been especially dynamic as a receiver, where he’s added 11 receptions the last two weeks, too. The Ravens haven’t allowed too many receptions to opposing running backs, but there should be plenty of running lanes Sunday morning in London for McKinnon.