Jay Ajayi's fantasy value is measured by the players he could be traded for. Our trade analzyer estimates his value at 0 points.

Jay Ajayi is projected for 0.0 fantasy points in PPR scoring this week as he faces the Detroit Lions.

Jay Ajayi: Will be let go by Eagles

The Eagles will release Ajayi, Adam Schefter of ESPN reports.

Analysis: The move signals that the Eagles are poised to welcome Jordan Howard (shoulder) back to the field this week. Ajayi will now look to catch on with a team looking to add running back depth, such as the Seahawks.

The Week 13 Start/Sit article reviews these questions and more, offering insight into questions you may be facing come Sunday morning...
Read more » 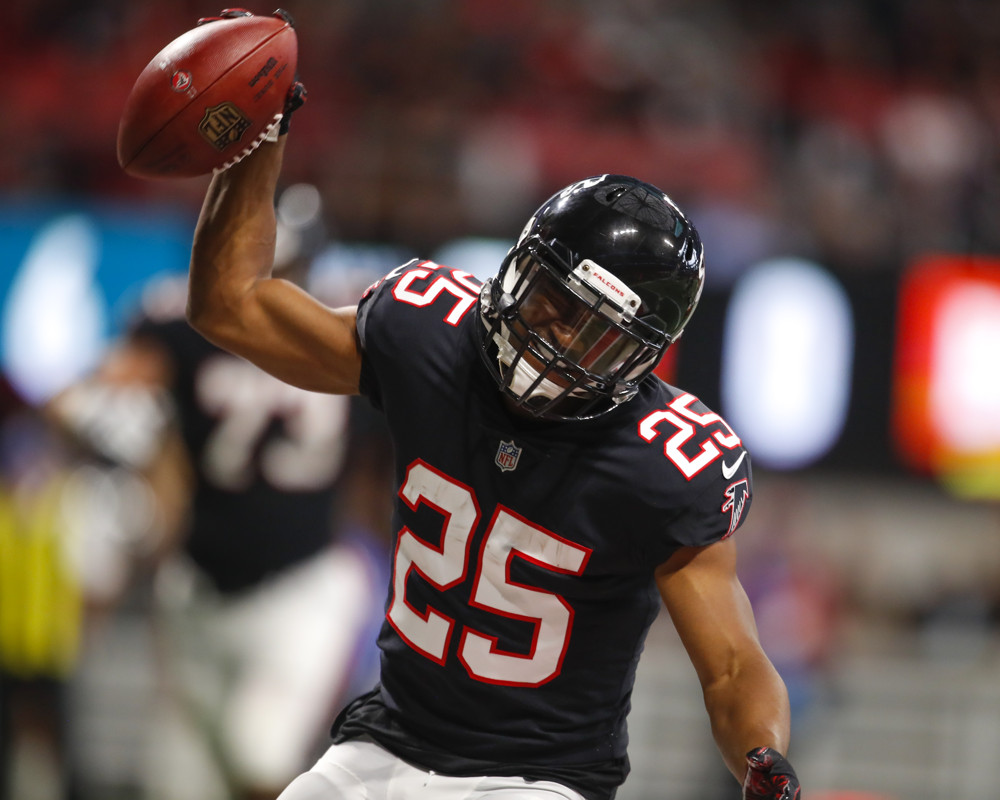 Most of you probably only have 3 weeks of regular season left before the fantasy playoffs, so it’s time to really start considering who...
Read more »

Should I start Jay Ajayi?

Jay “The A-Train” Ajayi stormed into the NFL spotlight last year after an injury-plagued 2015 rookie season. Ajayi was born on June 15, 1993, in London, England. He moved with his Nigerian-born parents to the United States when he was seven years old. His family ended up in Texas where he played for Frisco Liberty High School where he gained the attention of national recruiting scouts for College football teams after running for 2,240 yards and 35 touchdowns his senior year.

As a redshirt freshman at Boise State University, Ajayi carried the ball 82 times for 548 yards and 4 touchdowns, He added another 14 yards through the air. In his second year of eligibility, he ran for 1,425 yards and caught 22 passes for 222 yards. He scored a total of 19 touchdowns. In his senior year, he showed increased improvement as his run total increased to 1,813 yards and his catch total increased to 535 yards on 50 catches (an FBS record) and he scored 32 touchdowns.

Here are some of the best highlights of Ajayi during his college career.

Ajayi had a grade of 5.62 based on the following results at the 2015 college combine:

A grade of 5.62 means Ajayi was rated as a person who had a chance to become an NFL player.

Ajayi was projected as a second-round NFL draft pick by some draft experts, but he fell down in the draft because of lingering concerns over a knee injury he suffered in 2011 when he was a true freshman at Boise State University. Miami used its fifth-round pick (the 149th overall) to select Ajayi.

Ajayi’s 2015 rookie season was marred by a rib injury he suffered in the preseason. He was placed on injury reserve/designated to return list. He returned to active status in before the game against the Buffalo Bills on November 8th where he ran for 41 yards on 5 carries (an 8.2 YPC average). He finished the season with 187 rushing yards on 49 carries and 90 passing yards on seven catches.

Ajayi's first full season in the NFL started out slow. In the first five games he had 31 carries for 117 yards and 6 receptions for 44 yards, but then he exploded in week 6 with a 204 rushing yard game and 214 rushing yard game in week seven. He had 206 rushing yards in week 16 to become only the fourth player in NFL history to have at least 3 games with 200+ rushing yards during the regular season. The only other players to accomplish that feat were O.J. Simpson, Earl Campbell, and Tiki Barber. Here are some of the greatest highlights Ajayi had during the regular season.

Ajayi followed the regular season with a sub-par performance in the wild-card game against Pittsburgh with 33 rushing yards on 16 carries and 12 reception yards on 3 catches. Miami lost that game 30-12.

Ajayi finished the season healthy and is primed o be the number one rusher for the Miami Dolphins as they head into the 2017 season. He will be entering the third year of his rookie contract which pays him an annual salary of $625,203.  You can follow Ajayi on his Twitter and Instagram accounts - his address is [email protected]