Five Receivers that Could Help You Catch a Week 16 Victory 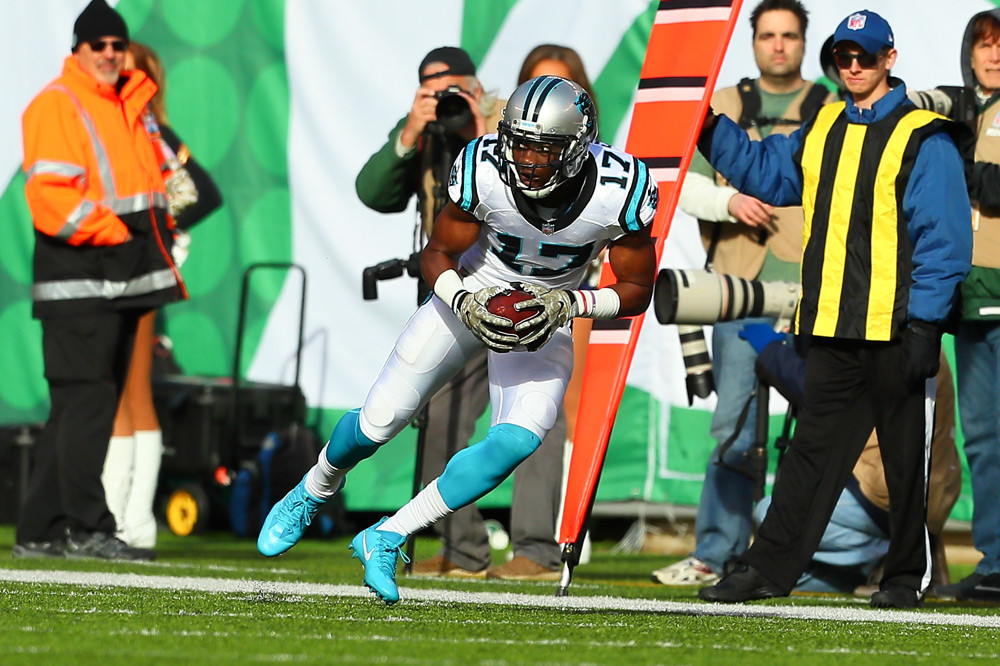 Funchess has been one of this season's biggest breakout receivers, and he'd been even better since the Kelvin Benjamin trade until last week's dud. Funchess has at least 13 PPR points every Benjamin-less week except the most recent one, and he already has seven touchdowns on the season. Tampa has been the worst team in the league against receivers all year. They're the only team in the NFL to allow 200 wide receiver catches and the only one to allow a thousand WR yards over the past five games, a span in which they've allowed 42 PPR points per game.

Roethlisberger is throwing the ball like mad lately, with over 45 passing attempts on average over the last five games, and now he'll have to chuck the rock without his stud Antonio Brown. JuJu and Martavis Bryant should step up in Brown's place, and this matchup looks like it favors Smith-Schuster. Houston has been one of the worst pass defenses in the league all season, and they've been especially awful against speedsters like Brandin Cooks, T.Y. Hilton, and Keelan Cole. Bryant looks like a quality play too, but Smith-Schuster has a shot at an absolutely monster line on Christmas Day.

Baldwin has had a few complete duds over the past month, but don't try to get cute here. Dallas has leaked touchdowns to receivers lately, with seven different wide receivers scoring a TD over the past five games. They've been hurt especially by slot receivers like Jamison Crowder and Larry Fitzgerald, and Baldwin might be their toughest slot test of the season. He has a great chance to see double digit targets and has big upside in PPR leagues.

It's crazy that we have to tell you to start Dez Bryant in a fantasy football league, but here we are. Bryant has been positively average this year and no longer seems to have the separation he once did. He's only had more than 73 yards once all season, and now his targets are dwindling and may drop even more with Zeke back. But actually it might be the opposite. Without Zeke, the entire Dallas offense has gone in the tank and Bryant just hasn't had opportunities, averaging four catches on seven targets. In games with Zeke, he averages an extra two targets and a catch and scores a TD in half of the games. Seattle's vaunted secondary is mostly on the IR and they've been bad against receivers, especially big ones. You've got to roll Bryant out one more time.

Evans has been disappointing lately considering what you invested in him, but you'll want him in your Super Bowl lineup if you made it this far. Even with a weak second half of the season, Evans still has at least eight targets in all but three games and at least five catches in all but four. And now he gets to play a Panthers defense that can't stop a receiver lately to save their lives, allowing an absurd 47 PPR points per game to receivers over their past four games. Evans averages 16 points in his last four games against Carolina, and he should approach or pass that number again.