Five Week 16 Quarterbacks Who Can Win Your Title 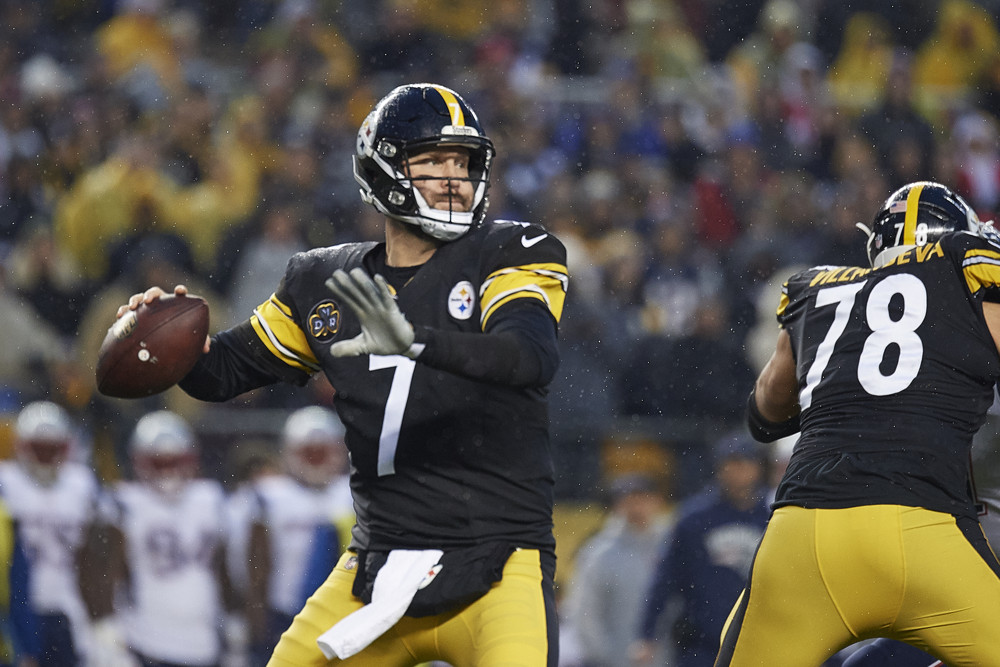 Newton was so unreliable early in the season, but he's been steady and often great down the stretch. Newton's secret sauce is his rushing stats. He started running the ball more frequently after the first five games and has averaged over 8 ppg on the ground in the nine games since that change. That gives him a very high floor and a high potential, and sure enough Newton has five 30+ point games already. Tampa Bay has been one of the worst teams against running quarterbacks and has a terrible secondary, and Newton has his security blanket back now in Olsen, so he could be in for another huge game.

Big Ben is probably one terrible NFL rule away from being the MVP leader with a couple games left. After a tough start early, he's been throwing the ball like mad with over 45 passing attempts per game over the last five weeks. Roethlisberger has seven games this season with 300+ passing yards and six games with at least three TDs, and now he gets to face the team that's allowed the most fantasy points to quarterbacks all year. He'll have to get over the loss of Antonio Brown and an emotional letdown, but he better be locked and loaded in your lineup.

Keenum has actually become quite safe and reliable. He has two passing touchdowns in each of his past four games, and he's scored at least 19 fantasy points in seven straight games. He should keep that streak alive against a bad Packers secondary that has been burned all season. They've given up seven games of at least 23 points, including each of the past four weeks, a span during which they've allowed a terrible 13 passing touchdowns. Keenum will look to Thielen and Diggs early and often and should find plenty of success.

Rivers disappointed a bit last week, but remember he was missing Keenan Allen for a big chunk of the game too. He should get redemption against the Jets, a team that has been burned by quarterbacks time and again this season. New York has allowed at least two passing touchdowns in 10 of 14 games this season, and they've been even worse of late. Rivers has a pretty safe floor and can always put up a big game if he finds the end zone a lot.

Winston is a forgotten guy with all the successful young quarterbacks in the NFC this year, but he's been putting up good numbers with eight touchdowns in three games since returning from injury. Carolina's secondary has struggled mightily of late, carved up by Josh McCown, Case Keenum, and Aaron Rodgers over the last five weeks. Winston should be a strong play, garbage time or not.