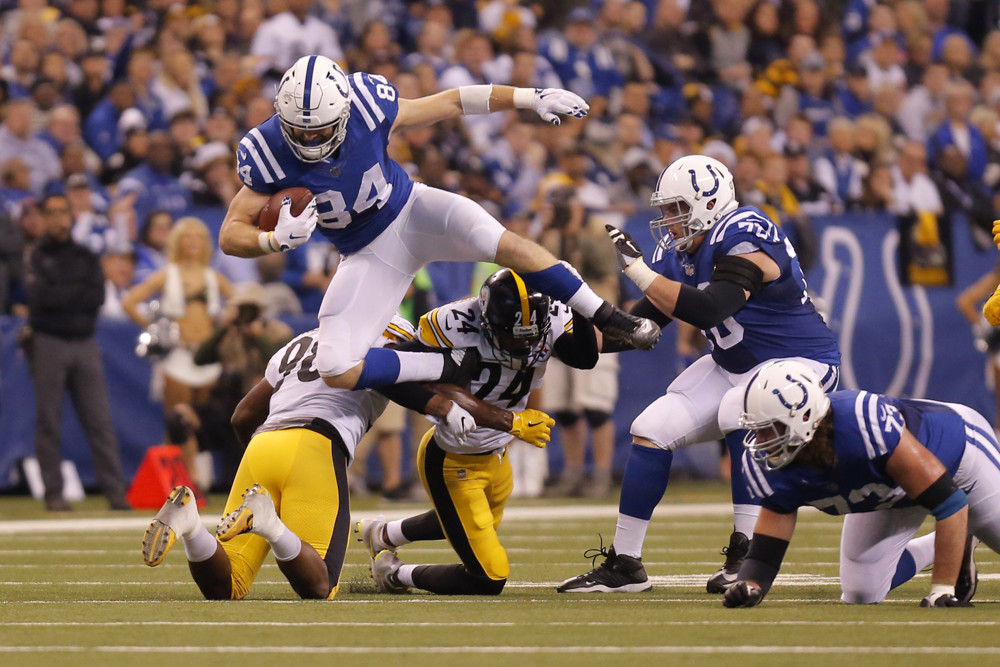 Ertz was a beast early in the season but has slowed down of late, missing time with concussion problems and having a couple dud games too. But this offense is built to exemplify the tight end and Ertz is a must play if he suits up Sunday. He's scored a touchdown in six of the eleven games he's played and has had at least 13 PPR points in nine of them. The crazy streak of Giants allowing a touchdown every week to a tight end is over, but they're still the worst team in the league against tight ends by a pretty huge margin. Even coming off injury and even without Carson Wentz, Ertz is a must play if healthy.

Quick, who leads the Colts in targets this season? Nope, not T.Y. Hilton. It's Jack Doyle, and you really should have figured that out based on the heading here. Doyle has 85 targets already despite missing a game, and he looks like an excellent option again versus a Denver defense that is tough on receivers but terrible against tight ends. The Broncos have allowed 821 yards to tight ends, third most of any defense. Doyle should be solid again.

If you're looking to take a big gamble at tight end, Seals-Jones might be worth a shot. He has a great matchup against a Washington defense that is terrible against tight ends, allowing the third most touchdowns and second most fantasy points on the season. Seals-Jones has caught 10 passes for 190 yards and three touchdowns over the last four games but he's barely even on the field, playing just 58 snaps total during that stretch. Still, his 19 targets are second on the team during that span, so Seals-Jones isn't playing much but he's pretty much always running routes when he is. You're not going to get many yards here, but if you want a shot at a TD, RSJ is your guy.

Like Seals-Jones, Watson is not a top option but it's the playoffs and you gotta take a gamble sometimes. Watson has seen has snap count drop in recent weeks and his targets have become inconsistent, but his best game of the season came earlier in the year against the Browns and Cleveland has allowed the most receptions and second most touchdowns to opposing tight ends. Watson has eight games of at least nine PPR points. The ceiling isn't huge but he should get you some points.