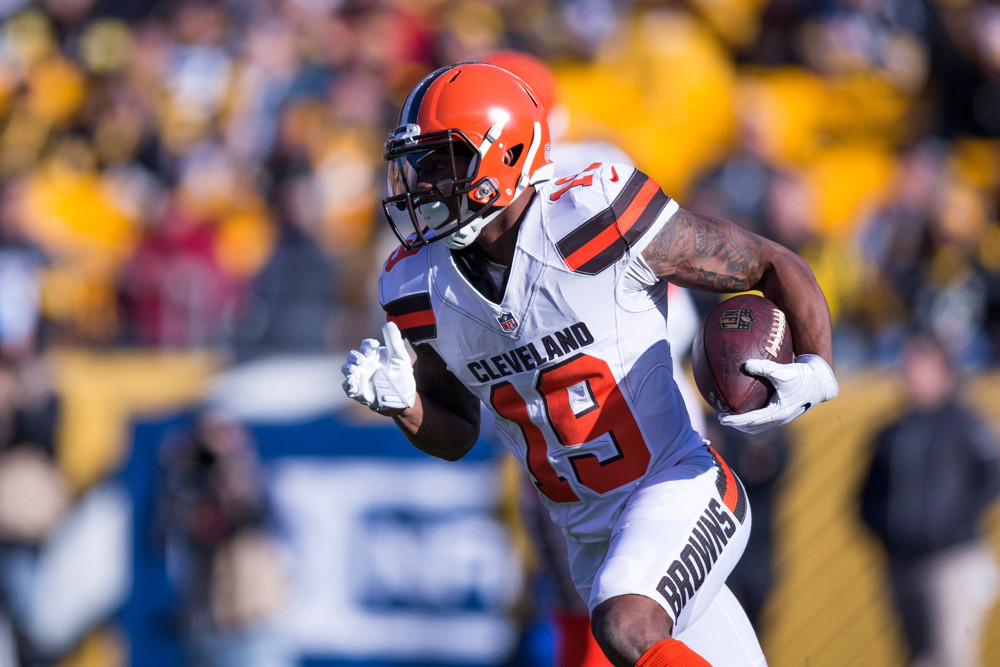 However, the team has been consistently successful at one thing: breaking the hearts of the entire Dawg Pound each year.

Last season’s 1-15 finish was just the latest letdown. The Browns have produced only one season of double-digit wins since 1994.

It’s easy to write off the Browns for yet another year. But, don’t make that same mistake with Corey Coleman.

Coleman burst onto the scene in Week 2, amassing 104 yards and two touchdowns on five catches. This appeared to be a breakout performance, leaving many fantasy owners scrambling to the waiver wire to try to add the rookie.

Yet, this game turned out to be a mirage. For the season, Coleman ranked as only the 83rd wide receiver in standard fantasy leagues. He spent most of his rookie campaign dealing with injuries and being overshadowed by former teammate Terrell Pryor, Sr.

With a current ADP that projects him as an eighth round pick, Coleman could be a bargain entering his second season.

The rational behind drafting Coleman is simple and rooted in these three fundamental fantasy principles.

There was a reason Coleman was the first wide receiver selected in the 2016 draft. Don’t forget that after just one season. He was regarded so highly for a reason.

That reason, primarily, was his speed. Running a 4.37 40-yard dash during his pro day, the Browns used Coleman mainly as a deep threat. His 13.6 average depth of target ranked him 13th among wideouts.

As the team finds more creative ways to get him involved and his route running improves, he will become even more dangerous.

Fantasy owners find comfort in numbers. But, these often do not tell the whole story.

By any measure, Coleman’s rookie season was a disappointment. When compared to other rookie wideouts who had stellar debuts, like Michael Thomas, or Tyreek Hill, it is easy to lose optimism.

Dreadful quarterback play really hindered Coleman. While Brock Osweiler may not be the answer, he has looked strong in training camp. And, he can’t be worse than carousel the Browns trotted out under center last year, when they used five different starting quarterbacks.

A broken hand in Week 3 also derailed his season. This injury forced Coleman to miss six games. After returning, he wasn’t the same and only scored one touchdown the rest of the year.

Although he is injured again, this may actually help his value by continuing to keep him under the radar for now.

When active, Coleman already was on the field for 92 percent of the team’s pass plays. His 74 targets were the third highest on the team and represented a 22 percent share of all targets.

This number will only increase.

The Browns lost nearly 40 percent of their targets in free agency. With the team likely to trail in most games, someone will need to fill that void. Pryor contributed a top-20 fantasy season in 2016 despite being in an abysmal offense. With the two highest targeted players (Pryor and Gary Barnidge) now gone, Coleman has a real opportunity to take a major step forward this upcoming season.