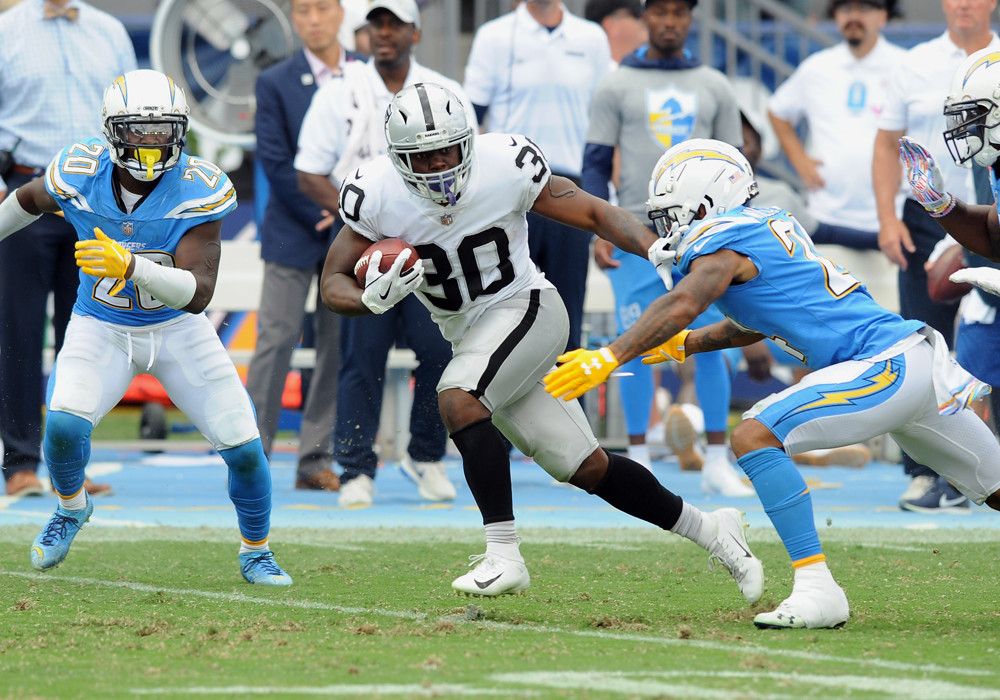 The Browns are a total mess, per usual, but Baker Mayfield has been the lone bright spot, going three straight games with multiple touchdowns and generally being a fantasy asset. Beyond that, Mayfield has one of the more favorable matchups this week with the Falcons coming to town. Atlanta has given up the third most fantasy points to opponent QBs and has the 4th worst passing defense in the league meaning there will be plenty of room for Jarvis Landry and Duke Johnson to operate. It's tough to argue against going big with Mahomes, but with some of the other top quarterbacks playing decent defenses, Mayfield makes a good bargain with upside.

One other thing the Browns did after firing of Hue Jackson was remember that Duke Johnson was on the their team. That was a pretty good idea. The refusal to get Johnson the ball was the second most mind numbing RB usage question of the season (behind Frank Gore's 20 carries a week, get bent Gase.) Johnson saw 9 targets after only seeing 29 the entire year despite playing his usual 35 snaps. With the Falcons poor pass defense and the fact that the Browns will likely be playing catch up for most of the games, Johnson's check down receptions should make for a big fantasy total.

In a similar vein to Duke Johnson, Jalen Richard is Oakland's go to passing down back. And with how often Oakland has been playing from behind, Richard has been able to consistently put up a solid fantasy floor. He's posted more than 8.6 points in 5 of his 8 games this season. Considering the Chargers will likely put it on Oakland, Richard is the safest cheap option on FanDuel.

Probably getting blown out, it's a theme! Enter Corey "I'm open way more than my stats currently indicate" Davis. He finally saw another double digit target total and would have had a good fantasy day if Marcus Mariota hadn't overthrown him on a wide open touchdown. He's been entirely volume dependent for fantasy points, but expect a lot of volume against the Patriots as the Titans play from behind. That and New England is 26th against the pass meaning there are points to be had.

Wow, there are a lot of terrible games this week, aren't there? Blowout edition part 4 features whatever terrible things the Chiefs end up doing to Christian Kirk and the Arizona Cardinals. But beyond the fact that Josh Rosen is going to be throwing the ball 40 times again, many of them to Kirk, is that Kirk has quietly been one of the best rookies of this year's class. He's been incredibly consistent, catching at least 3 balls in every game since Week 1 and posting more than 10 fantasy points in three of the last four games. That makes his current price a bargain for a player that has a high floor and definite upside.

Can I interest you in Travis Kelce? Really, you should take a look at him, I heard he's good. No? OK, fine, I'll do my job. I'm going back to the well with Jordan Reed, who, you guessed it, is injured again. The thing is, Tampa Bay's pass defense is absolutely atrocious as they are giving up the third most yards total and the third most yards to tight ends. Keep an eye on Reed's health heading up to the game, but if he looks like a full go he has the most upside of any cheap player at the position.