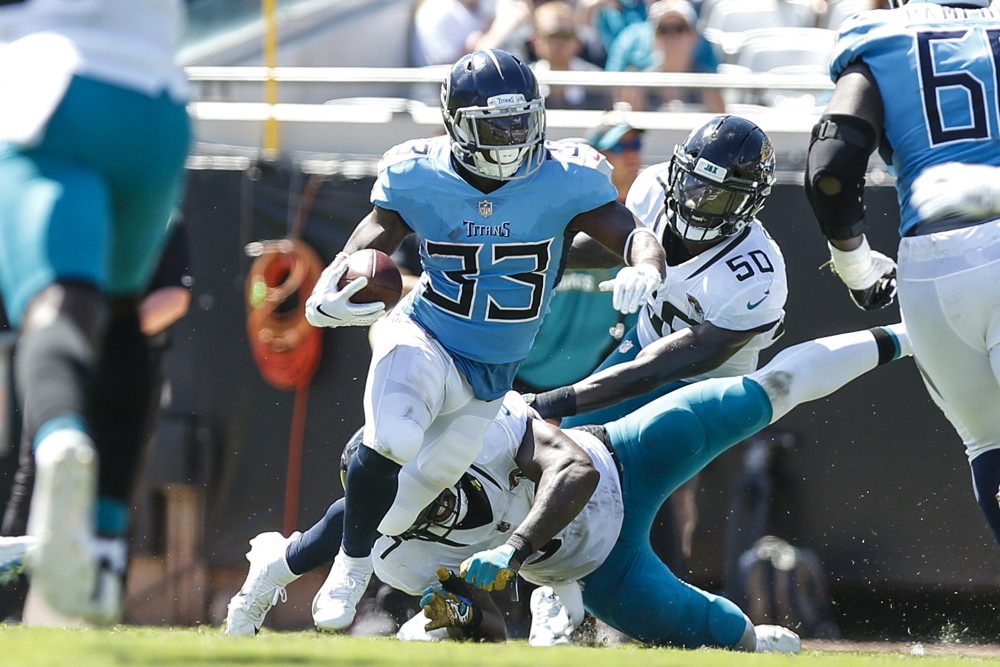 So Lamar Jackson puts up 22.6 fantasy points, gets a worse defense this week, and FanDuel only raises his price by $100? Guess I'm going back to the well. Seriously though, Atlanta may as well be running me out there at this point. Both their rush defense and pass defense are in the bottom 7 in the league. Jackson continues to be turnover prone, but Baltimore found a much more balanced playbook for him, limiting his rushes to 11 but keeping their effectiveness. With his rushing prowess, Jackson has by far the highest floor of the cheap options with plenty of upside in this meaty match-up.

LeSean McCoy has been a forgotten man after returning from a concussion, but he is still seeing plenty of volume in Buffalo. That alone makes this price a steal. Unfortunately the inept offense featuring Josh Allen limits the upside, but McCoy should still see in the vicinity of 20 touches and be more involved in the passing game. Add in the fact that Miami has 3rd worst rushing defense in the league, and Shady should be on everyone's radar.

That's 3 straight games under 8 fantasy points for Dion Lewis. However, this isn't a volume issue as Lewis has seen almost 18 touches per game over his last 5 contest. The issue is the Titans offense is garbage. But I have excellent news, the Jets' defense is garbage too! Expect those 18 touches to translate into serious fantasy points with plenty of touchdown upside.

So is Josh Reynolds actually really good? Because the two games he's played significant action he has 13 targets, 9 catches, 122 yards and 3 touchdowns. That's good enough to make him a very interesting flyer this week. The Lions are actually decent against the pass, but Darius Slay will be matched up with either Brandin Cooks or Robert Woods, leaving a much more inferior corner on Reynolds. The fact that he is the 4th or 5th option in this offense necessitates the lower price, but with the way the Rams are scoring points, another touchdown seems likely.

Ah yes, suggesting two Buffalo Bills in the same blog. Excellent way to get fired. But you came here for the value plays, and Foster is the best boom/bust wide receiver on the board. Everyone knows Josh Allen has a massive arm and Foster is the only big play threat in the offense. He has 3 plays of over 40 yards in the past two games and gets a vulnerable secondary in Miami. You could do a lot worse, but just know that a zero catch day is a real possibility. And just an additional disclaimer, for the love of God do not stack McCoy and Foster. I probably didn't need to type that for you but just want to be on record.

Those hoping for Cameron Brate becoming a large part of the Buccaneers offense with OJ Howard out were disappointed, but Brate still managed to get into the end zone, salvaging a lackluster day. He is never going to be the sexist option at the position, but he should be one of the most consistent and FanDuel still seems to be pricing him lower than his value suggests. Considering the Panthers are dead last in fantasy points allowed to tight ends, Brate is your best option if you go cheap at the TE slot.