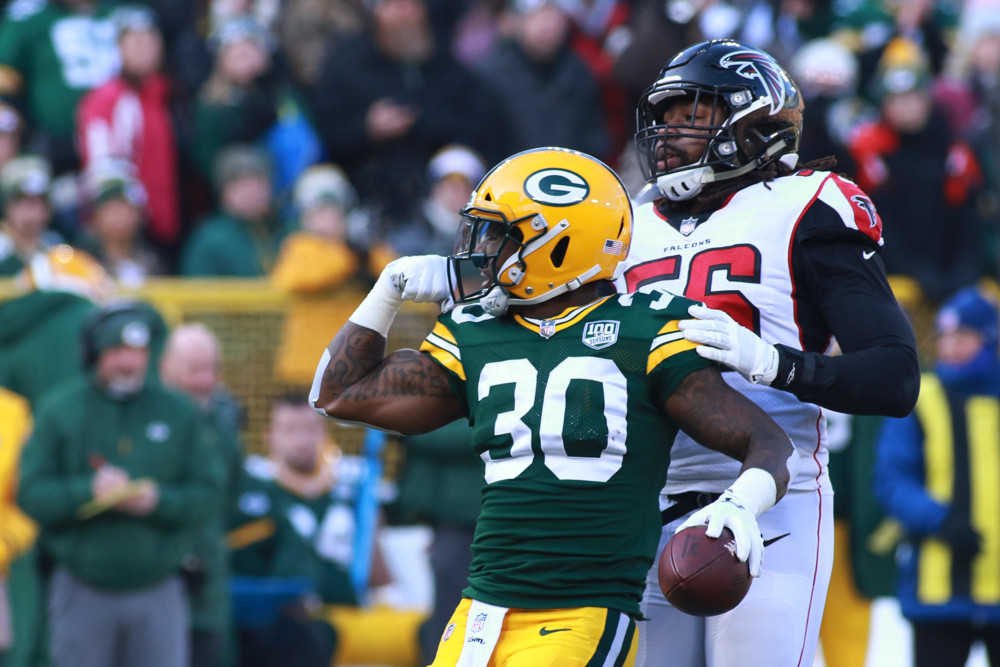 OK, let's try this again. Dak betrayed, you, me, and the rest of the bargain hunters last week to the tune of a catastrophic 7.24 points. Well it was mostly the offensive line, but that's neither here nor there. What's important is the Cowboys are playing Tampa Bay at home this week in a must win game, and the Buccaneers are 3rd worst against fantasy quarterbacks. It's tough to trust the Cowboys offense but Prescott's upside is huge.

Taking a back seat to Aaron Jones no longer, Jamaal Williams is ready to take full advantage of a major influx of touches. Most importantly he can function as a three down back which gives him big upside. The Jets are a below average defense and Aaron Rodgers will move this offense regardless, meaning Williams will have plenty of scoring chances. The only fear here is a high FanDuel usage due to the perceived value and low price.

With Isaiah Crowell on Injured Reserve, Elijah McGuire has taken full control of the Jets backfield and the 20 touches a game that go with it. McGuire hasn't been efficient with these touches, only gaining 102 yards on 35 carries, but that volume should put a 10 point floor on his output regardless of how poor the Jets offense is. He's a good flex filler if you are low on cash.

After a major mid season lull, Alshon Jeffrey has re-emerged, seeing 17 targets over the last two games. Importantly, he looked to have major chemistry with Nick Foles, having his best week of the year yardage wise. The Texans aren't an ideal matchup, but (spoiler alert) Robby Anderson did just fine with a worse offense in Week 15, meaning Jeffrey should be able to exploit them in a similar fashion.

It's not a great week for discount wide receivers and I would definitely suggest this is an area you spend your budget on. But if you want to differentiate, Robby Anderson looked electric last week against the tough Texans defense. He's also received 7 or more targets in 5 of his last 6 games, which should at least give you some floor if you take the risk.

With Odell Beckham Jr. out, Engram has posted two straight weeks of over 70 yards of receiving and looks primed to continue that success against a Colts defense that has given up 219 yards to tight ends over the past two weeks. With Beckham looking unlikely to play again, expect Engram to see another healthy target count. Look for the Giants to expose this matchup advantage.