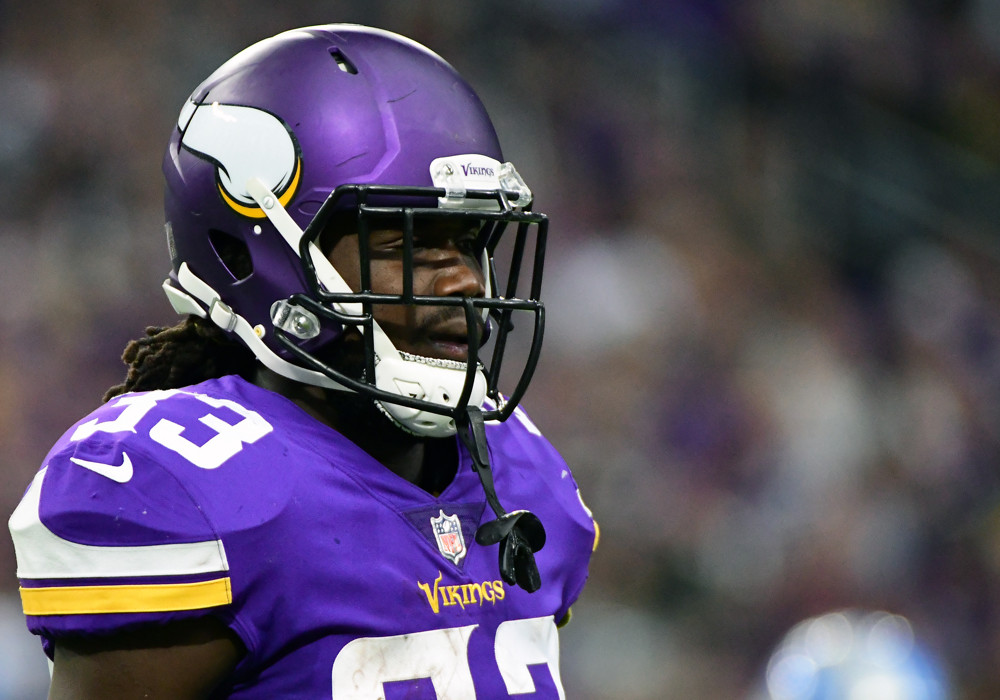 After a few relatively healthy weeks, a slew of new injuries occurred during Week 7's game action. Paying attention to injuries this time of year can mean the difference between a playoff appearance and going home empty handed. Here are the main injury updates going into Week 8.

Sony Michel left Sunday's contest with what looked to be a serious knee injury. However, following a Monday MRI, Ian Rapoport reported that the injury isn't believed to be severe. It remains unclear if Michel will miss time and if so, for how long. For the moment, consider the rookie week-to-week until the Patriots update his status.

Reports have varied wildly on Leonard Fournette's status after his Week 1 hamstring injury. Adam Schefter reported that Fournette will not return before the team's Week 9 bye. The Jaguars also traded for Carlos Hyde, indicating Fournette's absence could extend even beyond. Fournette's hamstring appears worse than initially thought and he looks at least two weeks away from playing

Similar to Fournette, Dalvin Cook has suffered multiple setbacks to his balky hamstring. Cook missed another game in Week 7 after failing to practice late in the week. Cook doesn't appear close to returning and should be considered week-to-week for the moment. He will need to make it back to practice before game action is even considered.

LeSean McCoy left Week 7's game against the Colts early with a head injury. McCoy appeared to injury his lower leg in the process but actually entered concussion protocol. McCoy will battle through the stages of concussion protocol and should be considered questionable for this weekend.

Limited to five snaps on Sunday, Matt Breida aggravated his existing ankle issue early in Sunday's game. Breida has played through multiple nagging injuries this season, but has yet to miss a game. Breida should be considered questionable after his recent aggravation, but he has shown a tendency to play through injury so far this season.

Reportedly dealing with back spasms that surfaced late in the week, Rob Gronkowski did not travel with the Patriots to Chicago in Week 7. However, the injury is believed to be a short-term issue. Michael Giardi of NFL Network reported that Gronk could be ready as soon as Week 8. Gronk has a long history with back injuries and should be considered questionable for the moment.

A surprise inactive in Week 6, Ryan Tannehill subsequently missed Week 7 with his troublesome shoulder injury. Ian Rapoport reported that it's hard to see Tannehill returning for Week 8 after he couldn't even throw in practice last week. The oft-injured quarterback should return this season, but he will need to throw in practice for that to happen. Consider him week-to-week.

After dealing with a hamstring problem earlier in the season, Keke Coutee aggravated the existing condition in Week 7's win over the Jaguars. Aaron Wilson of the Houston Chronicle reported that Coutee won't play in Week 8, but the injury is not as severe as his previous one. The Texan's rookie should be considered week-to-week for the moment.

Already missing their quarterback, the Dolphins lost Albert Wilson and Kenny Stills to lower body injuries. Reportedly dealing with a labral issue in his hip, Drew Rosenhaus (Wilson's agent) said the injury could cost his client the season. He was placed on IR earlier today. Stills injured his groin and has already been ruled out for this weekend. Stills should be considered wee-to-week.

A late scratch with a hamstring injury sustained in practice, Melvin Gordon now has the bye week to rest up. Gordon came into the week questionable before being ruled out prior to Sunday's game. The Chargers were likely playing it cautious with their star running back. He should return in Week 9, but monitor practice reports and updates as they become available.

After leaving Sunday's game with a neck injury, the Jets placed Bilal Powell on injured reserve. This will cost Powell at least 8 games and likely his season. The Jets will move forward with Isaiah Crowell and rookie Trenton Cannon.