Rob Gronkowski's fantasy value is measured by the players he could be traded for. Our trade analzyer estimates his value at 0 points.

Rob Gronkowski is projected for 0.0 fantasy points in PPR scoring this week as he faces the Dallas Cowboys.

At this stage, Gronkowski isn't ready to commit to playing this coming season, ESPN.com and NFL.comrelay.

Analysis: There's been plenty of speculation regarding Gronkowski's playing status since QB Tom Brady unretired, but for now the 32-year-old continues to mull his options ahead of the 2022 season. As the NFL Draft approaches, Tampa Bay's top tight end option is Cameron Brate, with Codey McElroy also under contract with the team. In any case, the Buccaneers will no doubt add depth at the position, but GM Jason Licht has made it clear that Gronkowski would be welcomed back "with open arms" should he elect to continue his playing career. This past season, Gronkowski caught 55 of his 89 targets for 802 yards and six TDs in 12 games. 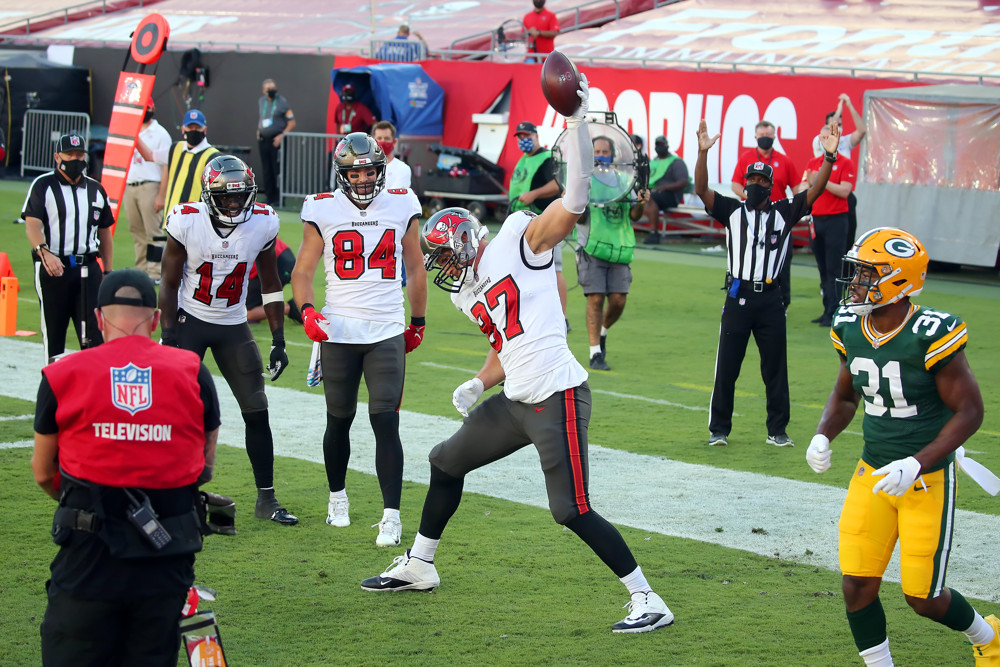 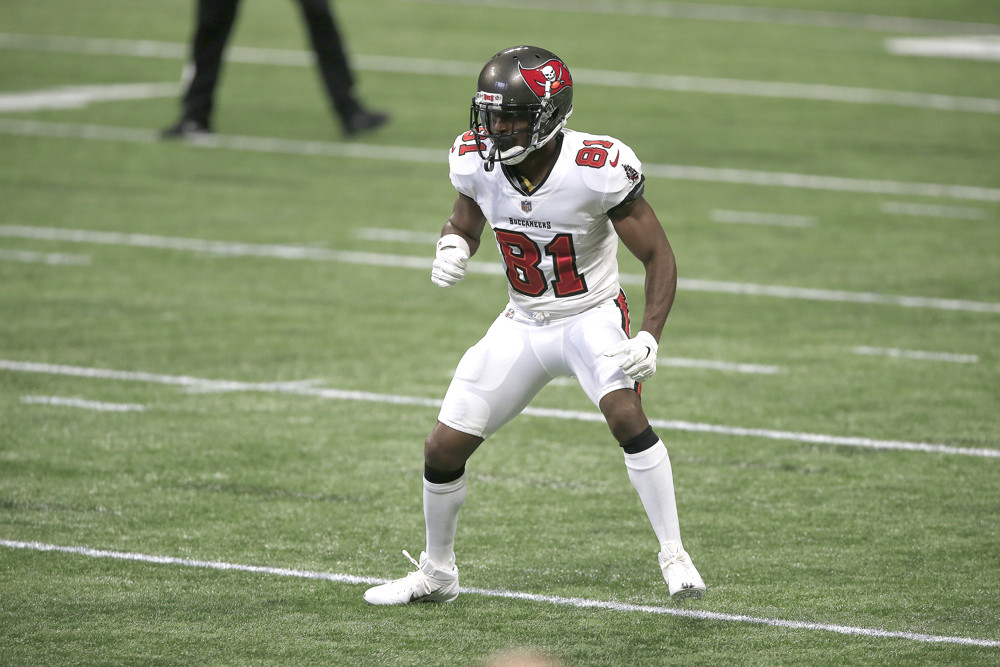 Should I start Rob Gronkowski?

Robert “Gronk” Gronkowski was born on May 14, 1989, in Amherst, NY, but was raise in the Williamsville, NY area. Initially he attended Williamsville North High School for his freshman to junior years (2003-2005). While at WIlliamsville North he participated in football and basketball as the team’s center. Gronkowski played the position of tight end on the varsity football team, recording 36 receptions, 7 TDs, and 648 receiving yards. Gronk also made 73 tackles and recorded six defensive sacks.

Gronk transferred to Churchill, PA’s Woodland Hills High School in his senior year, were he also played the position of TE. He had in his senior year eight catches, 152 yards and four touchdowns, earning SuperPrep and PrepStar All-American honors, as well as the PittsburghPost-Gazette First-Team All-Conference and “Fabulous 22” Honors for his impact on the field. Gronkowski also batted clean-up in the line-up for his prep school baseball squad.

Gronk received recruitment offers from several FBS programs, including Arizona, Clemson, Kentucky, Louisville, Marylnd, Ohio State, and Syracuse University. He chose to attend the University of Arizona Wildcats football program and joined the squad as a freshman in 2007. During his first year at Arizona, Gronk started in 9 of the 12 games that he played in, amassing 525 receiving yards on 28 receptions (an average of 18.8 yards per catch). He also scored 6 receiving touchdowns.

As a sophomore, Gronkowski recorded 47 receptions for 672 yards, leading the Wildcats team in 2008 with 10 TD receptions, while missing the first three games of the season. In a November 15, 2008 matchup against Pac-10 powerhouse Oregon Ducks, Gronk caught the ball 12 times in the game for a total of 147 yards. The performance helped lead the Wildcats to an improbable 55-45 near comeback victory against the top-rated Ducks. Gronkowski set the single game record for TE receiving yards in the game and would finish his second year as the Arizona single season record holder in yards, receptions, and TDs.

A back injury kept him from participating in the school’s 2009 season. Gronkowski decided to forego his senior year at Arizona and declared eligible for the 2010 NFL Draft. He finished his college career with a total of 75 catches and 1,197 yards in receiving as a TE, as well as 16 TD receptions. He would be named a third-team All-American and placed on the Pac-10 Conference’s first-team as TE. Had he not been sidelined by injury, he was seen as a leading candidate for the Lombardi Award, given to the nation’s best collegiate lineman or linebacker.

Gronkowski declared for the NFL draft in 2010 in a TE draft field that included Jimmy Graham of the University of Miami (Hurricanes). Participating in the NFL combine in Carlsbad, Gronk ran a 4.68 second 40 time. He did not participate in the 60 yard shuttle or post a result in the 35 inch vertical leap while participating at the combine due to his back injury. The New England Patriots in the second round, utilizing the 42nd pick overall in the 2010 draft, selected Gronkowski. He was offered a 6-year contract salary of $320,000 (the rookie minimum), along with a signing bonus of $1.76 million. He would sign a salary extension in 2013 worth $54 million over six years, $12.9 million that is guaranteed, and a signing bonus of $8 million.

Gronkowski opened the 2015 NFL season in a Thursday Night matchup against the Pittsburgh Steelers where he caught 5 passes totaling 94 yards (18.8 yards per catch) and three of the four touchdowns the Patriots needed in a 28-21 victory. He finished his sixth season in league with 72 receptions, 1,176 yards receiving, and 11 TDs, averaging 16.3 yards a reception. The highlights of his season earned him a fourth Pro Bowl and a member of the AP All-Pro first team.

Gronkowski missed the first two games of the 2016 NFL season with a hamstring injury. He would play eight games total, catching the ball 25 times for 540 yards and 3 TDs before a herniated disc in his back forced him on to the injured reserve list for the remainder of the team’s Super Bowl championship season.

Gronkowski is the second youngest of five brothers, all who played football at the collegiate level. His youngest brother Glenn was signed as an unrestricted free agent during the 2016 season as a fullback, a position he played at Kansas State. Gronk’s older brother Dan, also a TE, played five games for the Patriots in 2011. The Gronk can be found on Twitter at @RobGronkowski.